Tether’s parabolic rise has started to show signs of weakness, after $80 million disappeared from the USDT market over the weekend. Is this an early indication that Bitcoin could be next? Let’s take a look. 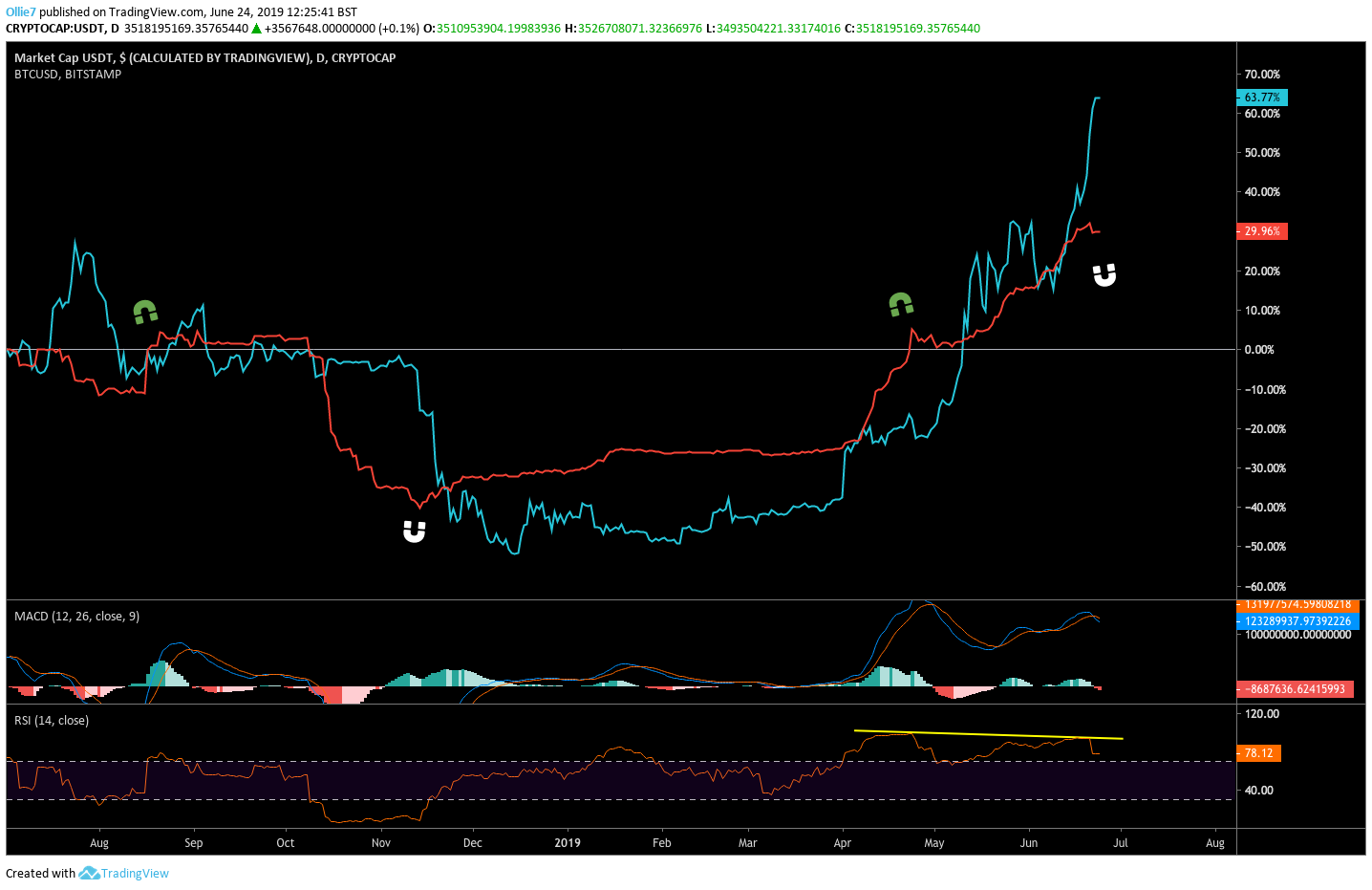 It’s a well-known fact now that Tether’s circulating supply has a direct, albeit delayed, impact on Bitcoin price [coin_price]. Its inflation back in 2017 is still widely believed to be the root cause of the crypto boom that sparked off between November to December, at the time.

Whenever more Tether (USDT) enter the market, it’s commonplace to see BTC’s performance spike a short while later, and vice versa. This effect can be seen on the chart above on several occasions, where Tether’s rising and falling market capital has subsequently shaped the #1 cryptocurrency’s performance over the last 12 months.

What’s interesting with this correlating trend right now is that Tether’s meteoric rise appears to be stalling. For the first time in over a month, there’s a bearish divergence on the MACD indicator with increasing selling volume on the histogram.

With these signs pointing towards a reversal, it seems likely – given the historical relationship between these two cryptocurrencies – that Bitcoin’s moonshot could also be about to make a downward turn also. 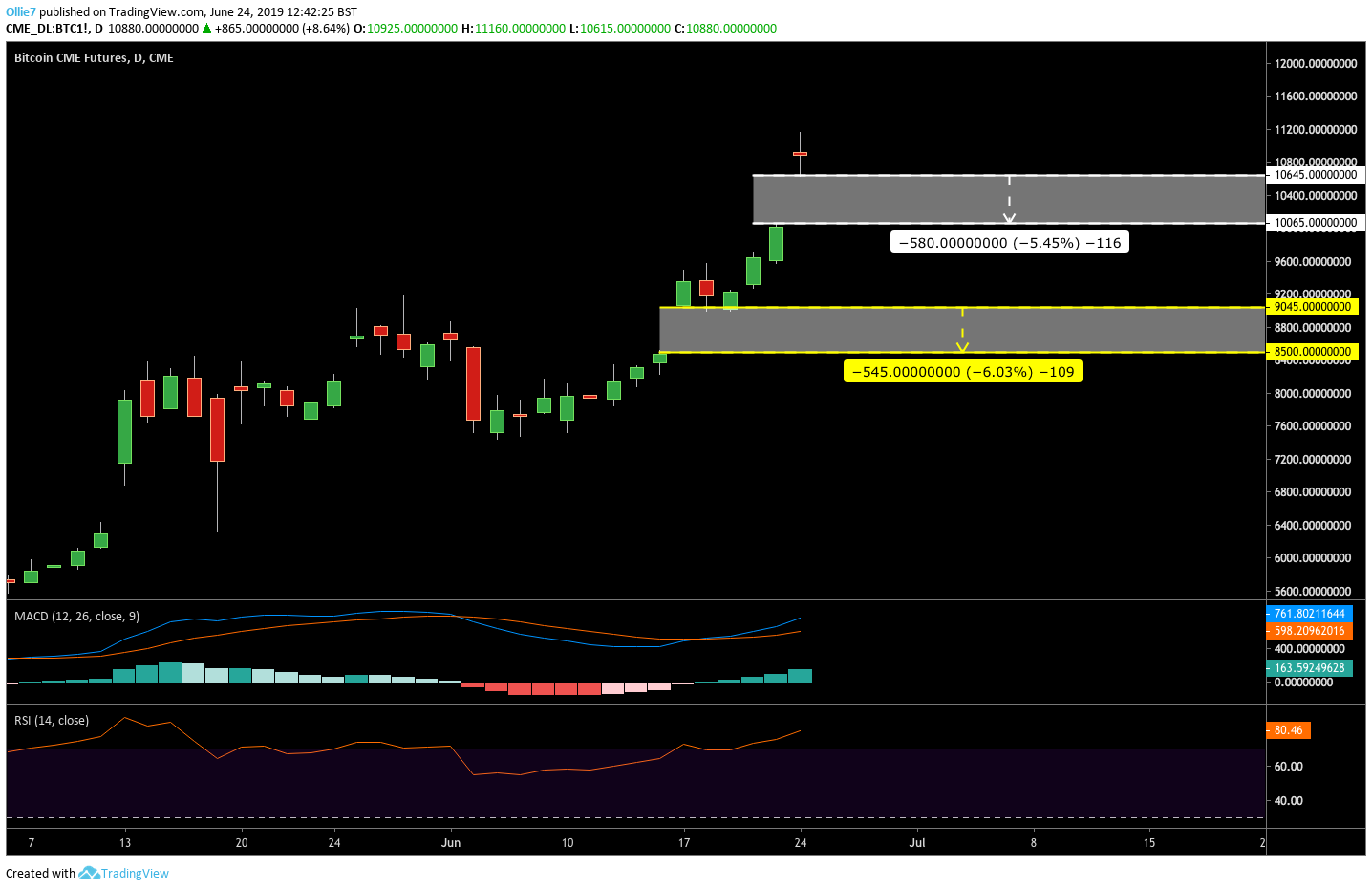 We have been following gaps in the CME Bitcoin Futures market closely over the last 4 weeks, and have already commented on their similar magnet-like effects on pulling Bitcoin’s price in certain directions.

Last week, Bitcoinist reported that a new $570 CME gap had appeared on the CME BTC1! Chart which was threatening to pull BTC down towards $8,500. Now, we can see that a new gap has emerged after a second weekend of heightened bullish trading activity on the derivative market.

This second gap, which represents a $580 difference in price between the weekend close and the new weekly open price, is now threatening to drag Bitcoin back down towards the psychological $10,000.

The real worry here is that one gap closing could lead to the next being closed in quick succession. The sudden drop in price would not only trigger panic selling, but would also likely cause a serious long squeeze. Together, these two contributory factors along with the gaps closing, could dramatically extend Bitcoin’s anticipated correction from it’s new 13-month high.

From here, the only way is up – if Bitcoin is to avoid this potentially dangerous reversal.

Which way do you think Bitcoin is headed over the coming weeks? Let us know your thoughts in the comment sections below!