Bitcoin price (BTC) experienced another leg down in the past 24 hours, dropping almost 2 percent on the day. The cryptocurrency is currently sitting at its lowest point since mid-December 2018.

Earlier this week Bitcoinist reported that Bitcoin [coin_price] is in for volatile days ahead. As outlined, the key levels to keep an eye for during the week will be BTC/USD trading over $3,500 and what happens if there’s a move towards $3,000.

The last 24 hours saw the cryptocurrency lose another 2 percent of its value, bringing it to its lowest point since mid-December 2018. 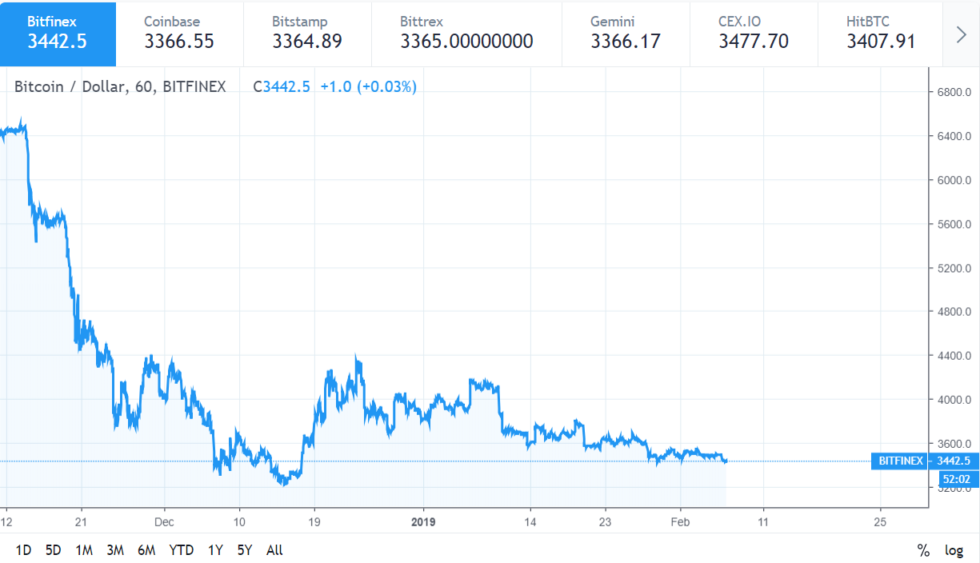 Some traders like DonAlt (@CryptoDonAlt) have expressed their concerns about failing to maintain support at $3,500 as well.

Closed below support, not looking too pretty. BTC needs to reclaim supports quickly otherwise I expect it to go for the previous lows. If those don’t hold I’m looking at 2900~

It’s also worth noting that institutional interest appears to come into play on breaks of key support levels. Therefore, a failure to defend $3,000 could see a sharp decline to the downside.

Closer to the Bottom?

There appears to be more demand than supply at $3,000, though it remains to be seen if this key psychological support will hold to form a double-bottom pattern, to the hope of the bulls.

At the same time, USD exchange volume is also at its lowest point since May 2017. This was the point which marked a massive buildup to Bitcoin’s all-time high of about $20,000 in December 2018.

To some reprieve for the bulls, block reward halving from 12.5 to 7.25 BTC, Bitcoin ‘halvening’ may soon come into play with the event now 15 months away. Speaking on the matter, research head at Blockchain, Garrick Hileman said:

Cryptocurrency markets are often very event-driven, and as we get closer to the next halving bitcoin’s price will receive a boost from those anticipating the forthcoming reduction in new supply. In the months leading up to the last two halving events, we saw bitcoin’s price steadily trend upward, and then power higher following the reward halving.

What do you think of the current Bitcoin price? Don’t hesitate to let us know in the comments below!