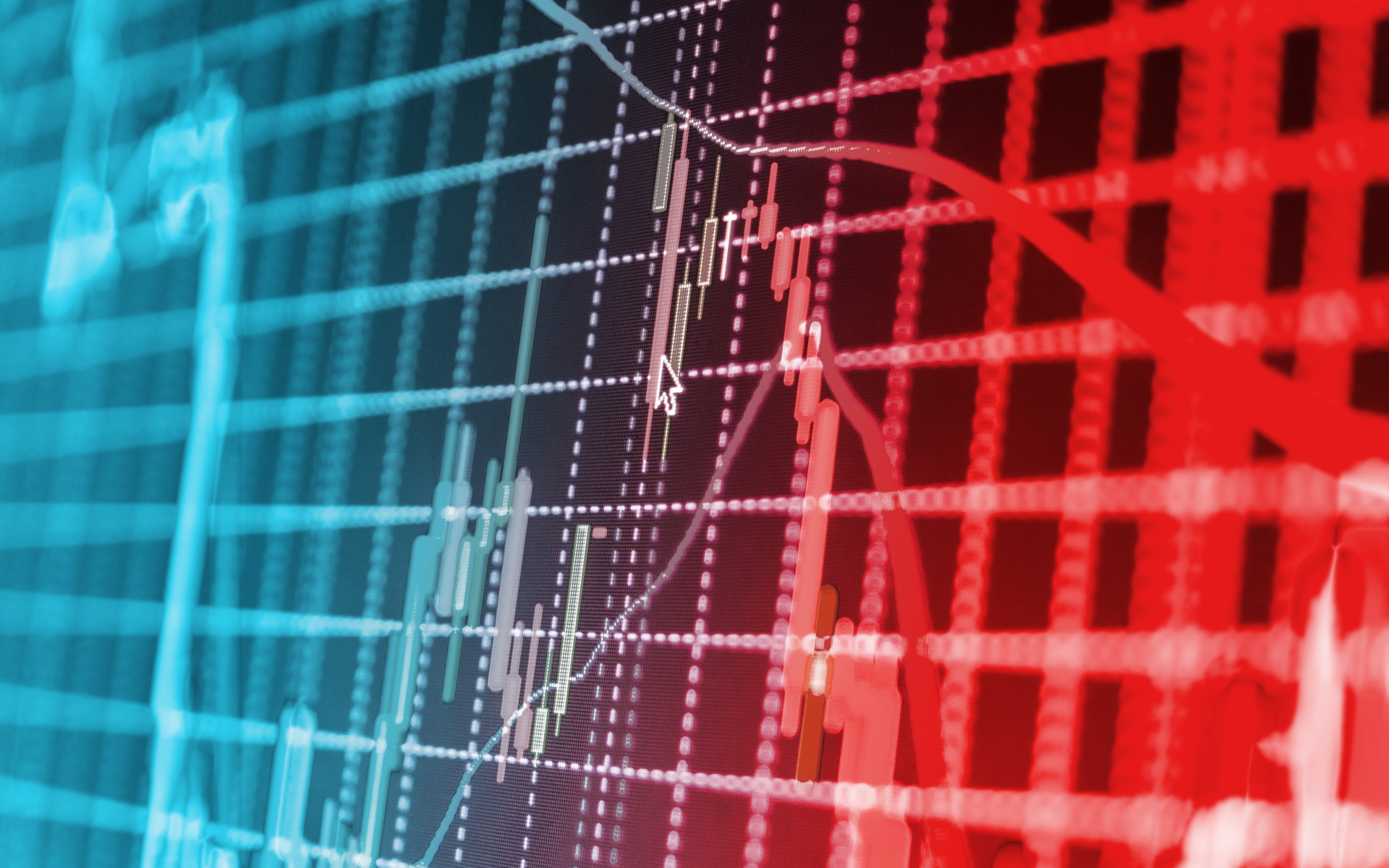 Bitcoin price closed the week at $7632, down 12.6%, marking the worst week for the top Crypto asset in 2019. Let’s take a look at whether this is likely to be a blip in the road, or marks the start of a bigger correction for Bitcoin.

This accelerating advance, which has been defined by the parabola as shown on the chart, appears to have broken from the trend and is now attempting to consolidate above $7500. This is shown by the MAC-d which has printed a lower high on the histogram, illustrating that although it is still in a bullish posture, momentum has now slowed.

Typically, a break in the parabola with a large red candle is what traders will look for to define the end of a bull run, although BTC/USD has apparently shown resilience and held on to support above $7500 and has bounced up almost 5% moving into the new week.

Should BTC price lose support at $7500, there is the 100 WMA and 38.2% retracement level below at $6842, which is also a high level of volume interest as shown by the VPVR. Therefore, this is likely to act as a first attempt to defend bitcoin, should we see a selloff.

These levels are likely to act as key areas of interest for bulls, which have patiently sat side-lined during the bull-run, which took most by surprise.

The Monday morning action for the new week has seen Bitcoin drag itself from the previous week low range of $7450, up to break and retest $8k, which was the higher end of the last week’s range and resistance following the selloff from $8700.

Looking at the market structure, Bitcoin has painted a head and shoulders top, which if it were to break and close below $7450, would open the door to the lower Fibonacci levels in the $6000s.

However, a close above $8150 would mean that BTC would put in a higher high above last week’s resistance and would go some way to invalidating the bearish pattern, suggesting that the $8700 level would need to be retested.

The MacD is crossed bullish with its signal line and is trending into the bullish territory above zero, which is encouraging for the bulls. Although the initial test of $8130 has seemingly been strongly rejected by the bears.

The move up has served to close the weekend CME gap as shown on the chart. The market is apparently becoming more efficient at closing these gaps where the CME contracts are untradeable, but the spot market carries on regardless.

We note that there still remains a gap back at $7178 which, while there is no hard and fast scientific rule about gap filling, could be filled at some point in the future.

Moving into the week, there is a prevalent bearish sentiment in the market. The vast majority of traders are viewing the market as being in a bearish posture following a tremendous run. Many of these traders have taken profit and are possibly short and other traders and investors alike are sitting on the sidelines waiting to reenter the market. 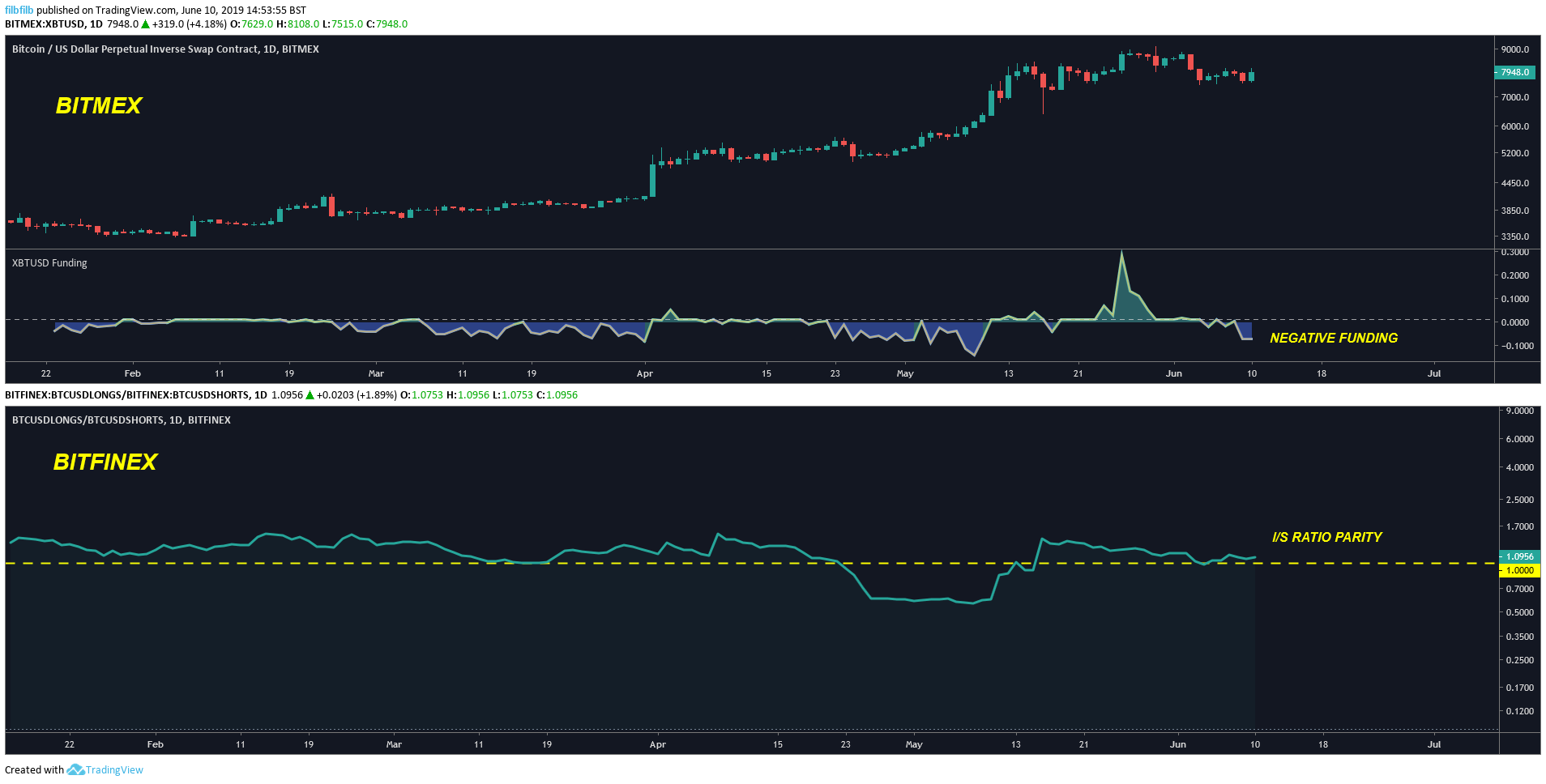 The long-to-short ratio as measured by Bitfinex has come back near to parity after reaching highs of 1.55 and the funding at Bitmex is now negative, meaning that people are paying to be short bitcoin to those who are long.

These conditions are the same as those that led to Bitcoin hitting this year’s highs and should not be ignored. In other words, the herd is very rarely right if everyone is leaning towards one direction.

Therefore, though the market looks to be in a bad posture, the key levels of $8150 and $7450 are likely to act as pivotal moments in this market this week. A break either side will most likely dictate the direction for the remainder of June.