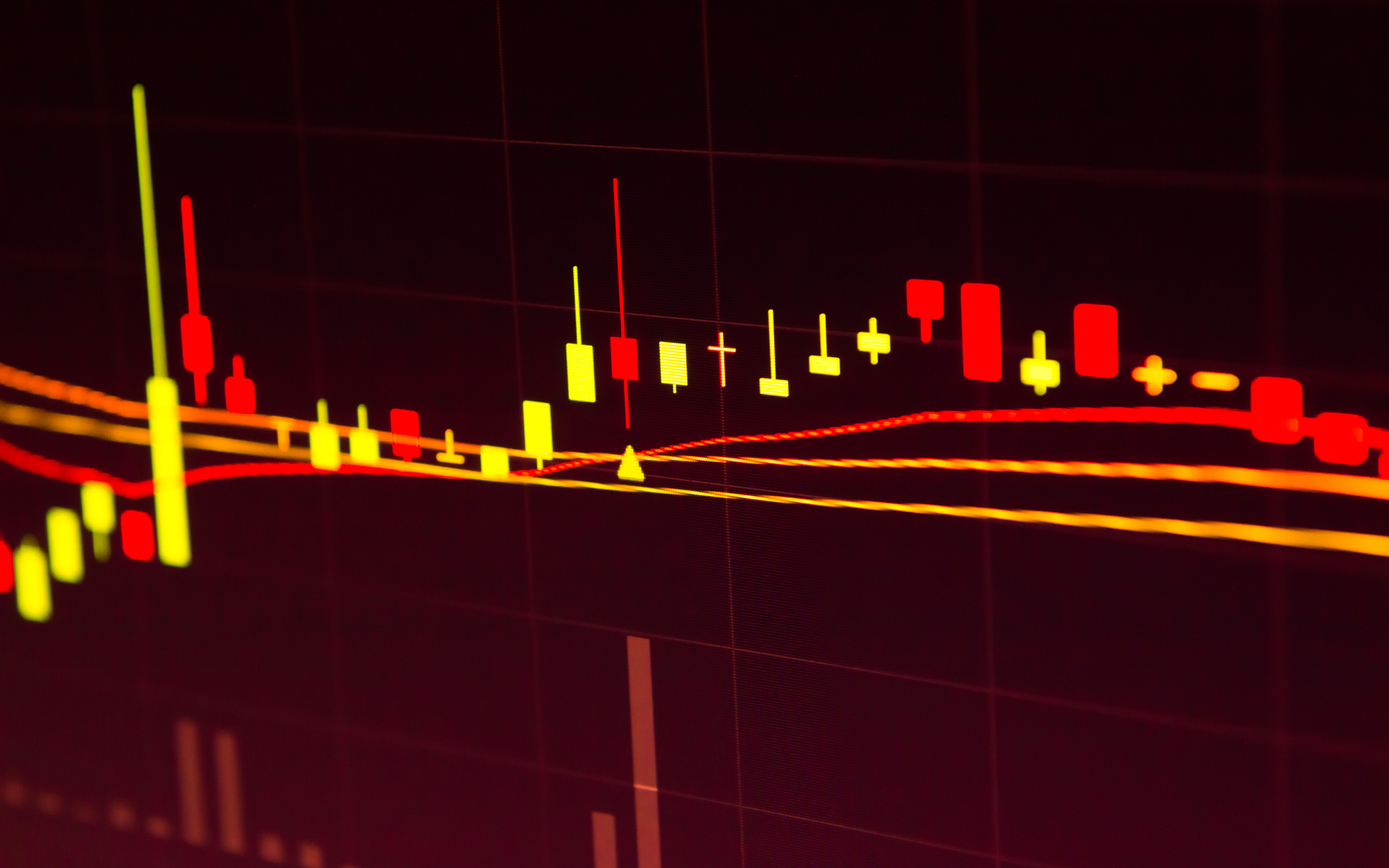 Bitcoin Price Cools Off in Preparation for a Push Above $9,000

Bitcoin [coin_price] hit $8,947 on Coinbase and to date has gained 143%. Current sentiments remain bullish about Bitcoin’s long-term prospects but analysts like Peter Brandt and Josh Rager are calling for a 30%+ pullback before BTC price really winds up and starts to run. 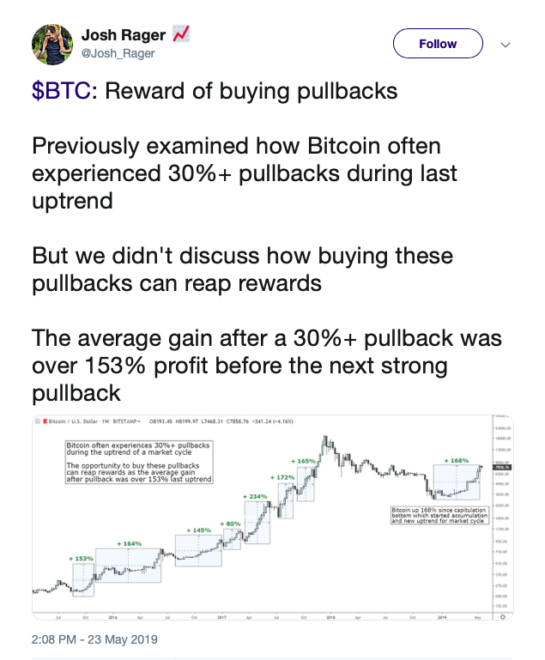 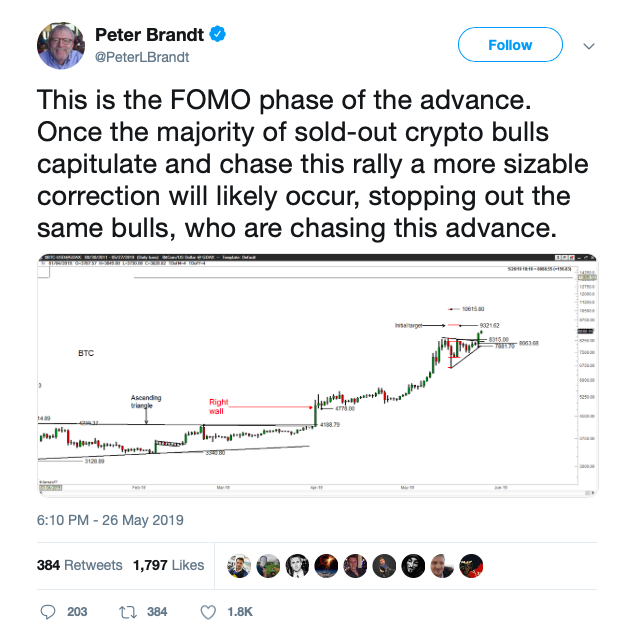 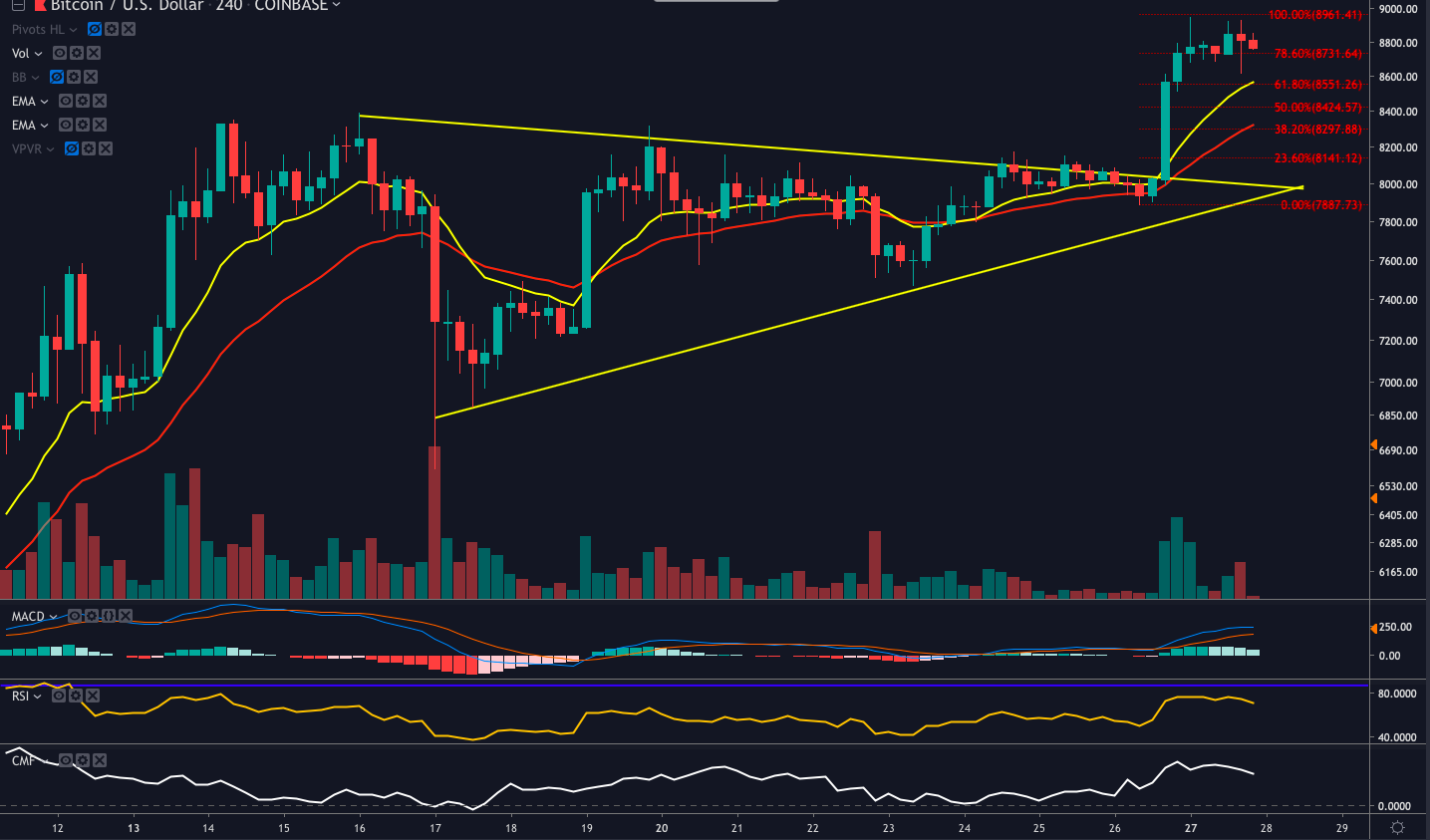 As seen by the 4-hour chart, Bitcoin sliced right through the $8,500 and $8,800 resistance after bursting through the symmetrical triangle at $8,048.

Since its initial run to $8,947, Bitcoin has made two more attempts at overtaking $9,000 and the most recent saw the digital assets pullback to $8,612 which is slightly above the 61.8% Fib retracement level and also near $8,550 which according to the Tensor Chart appears to be an area of buying interest. 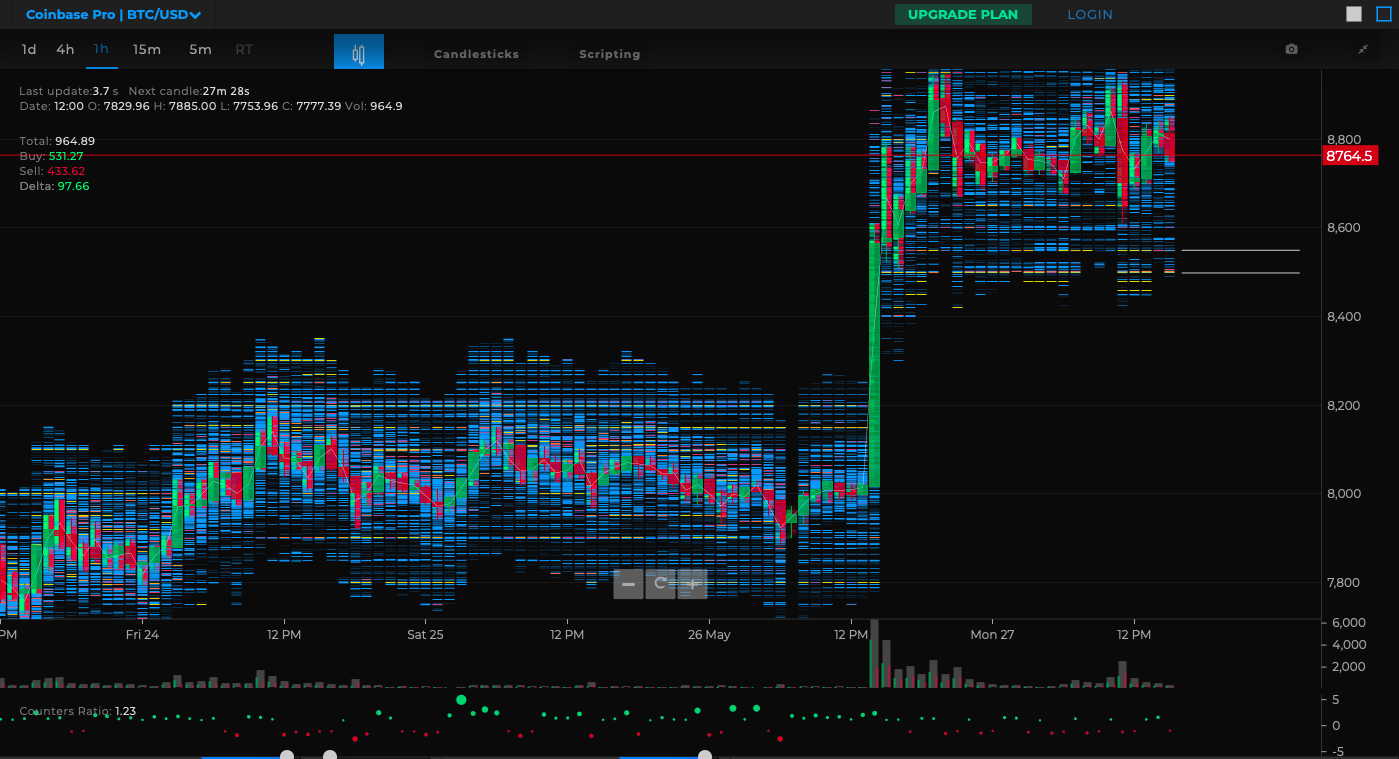 At the time of writing the daily MACD and RSI are bullish and the MACD remains extended higher than it has ever been since the 2017 bull market. The daily RSI also has room to run and has not exceeded its threshold at 86.6844, which has typically marked the point where BTC is overextended and on the verge of pulling back.

Traders should keep their eyes on the hourly RSI, MACD, and CMF and in the event of a pullback conservative traders could consider placing bids from $8,550 to $8,300, whereas more aggressive traders will consider today’s early bounce point at $8,650 as a possible entry point. 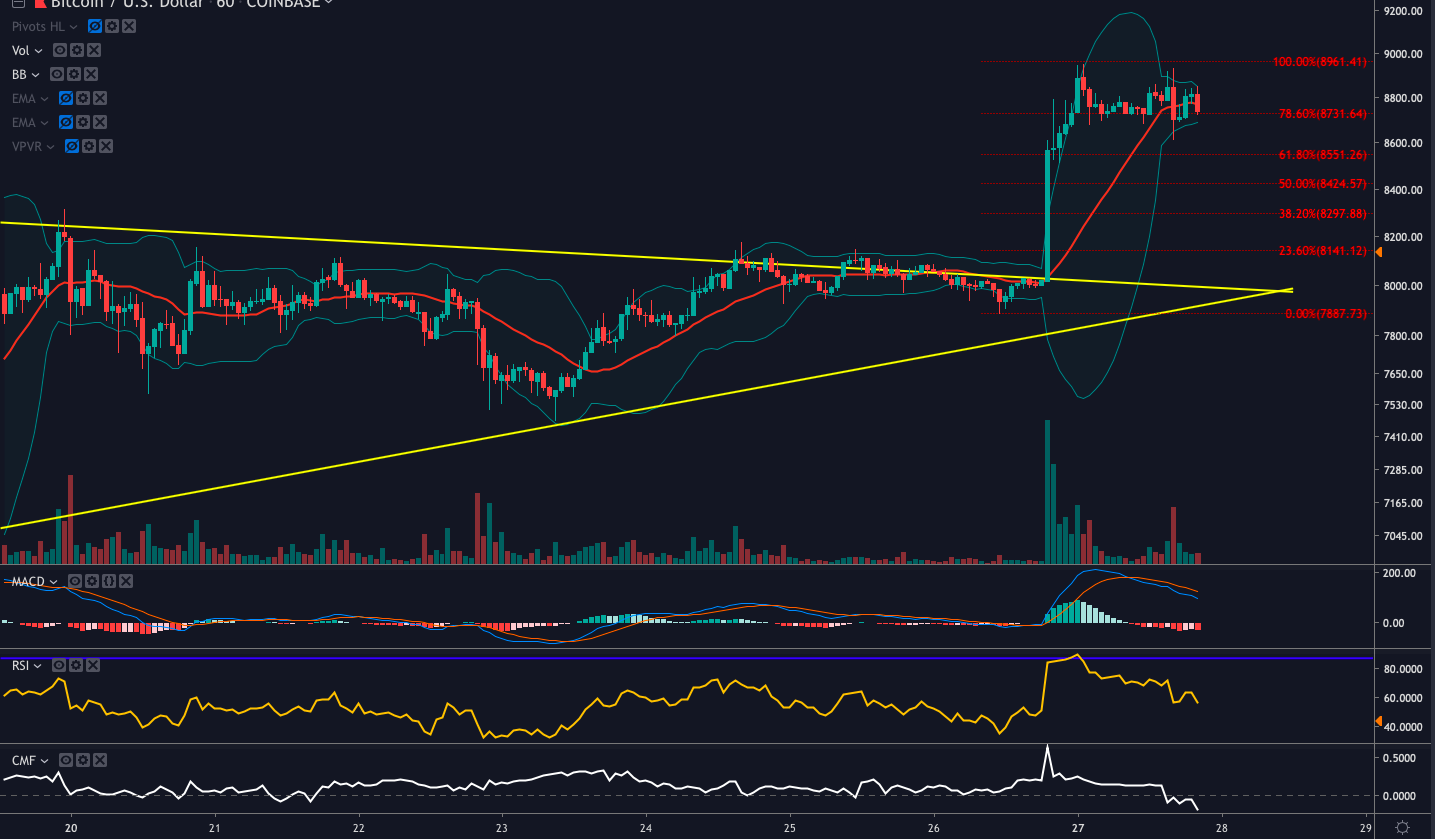 Over the short-term BTC appears likely to drop near to $8,500 and the hourly chart shows BTC under the mid-arm of the Bollinger Band indicator and on the verge of falling below the lower arm at $8,685. As mentioned earlier, a drop below 61.8% Fib retracement level should attract buyers but any increase in bear volume could press BTC back significantly as yesterday’s breakout candle occurred rapidly without setting any supports.

[Disclaimer: The views expressed in this article are not intended as investment advice. Market data is provided by Bitfinex. The charts for the analysis are provided by TradingView. and TensorCharts.com]