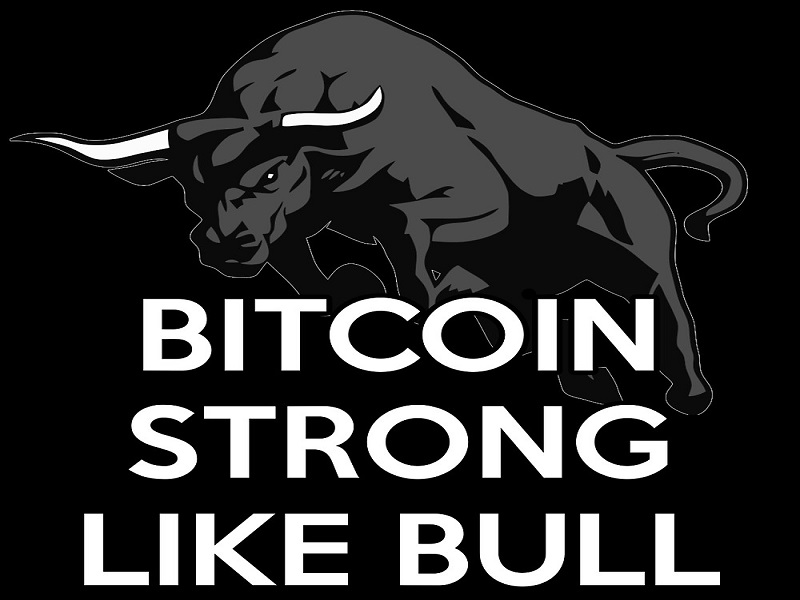 Bitcoin is back! After a temporary price drop since our previous price piece that saw it fall to a disappointing $448, our favorite digital currency has jumped back on the horse and commenced its journey into the sunset.

The sentiment among the majority of market analysts was that the currency was on its way backward — getting ready for another massive slide into oblivion like what we witnessed in 2015. Bitcoin had reached another peak, but would be back at the $300 range in no time. Apparently, this wasn’t entirely true, and not everyone was convinced from the get-go. As one Cryptoinsnews.com reader explained:

“When using charts to invest, I always use the long-term time frames – weekly and monthly and the first thing I do is see if the medium-term moving averages are sloping up or down. For bitcoin, they are currently sloping up, so I would NEVER ‘think about the possibility of decline’ or try and short, I’d wait for the moving averages to turn down.”

Others were in agreement, and their words merely reiterate what many bitcoin fanatics already know: that there is more to bitcoin than meets the eye, and one can’t simply jump to conclusions too quickly. While things may appear downtrodden on the surface, there is magic occurring in the green room. This magic ensures that while the outer layer may be dried, the core is retaining its pulp.

Among the likely reasons for the temporary halt in bitcoin’s ascension was Dr. Craig Wright’s shocking confession. The Australian businessman and bitcoin entrepreneur made headlines when he told media sources that apparently he was the genius behind bitcoin; that he was the mastermind from the very beginning, and that he was the mysterious Satoshi Nakamoto. Naturally, the doctor was pressed for proof, which some feel he ultimately failed to provide. Wright eventually backed away from his statements, afraid of what further publicity might throw his way.

With the mystery behind Satoshi’s identity “temporarily solved,” many found themselves in a state of panic. The idea was to sell their bitcoins quickly to avoid the massive price decline that was expected to come with the news.

But the price decline never came, and Dr. Wright has disappeared from news platforms. As the hype died down, bitcoin crawled from its cage, reached towards the heavens and demanded its original status back. The coin has now jumped nearly $15, recovering from the press and emerging from the ashes as the stable, volatile currency that it is.

So we can be thankful, in this case, that bitcoin has a mind of its own. It came out of hiding right as the rage wore off, and those who kept their funds in light of the rough news can take pride in the fact that their wealth will expand once again.

Do you foresee a further advance in the BTC price? Post your thoughts and comments below!