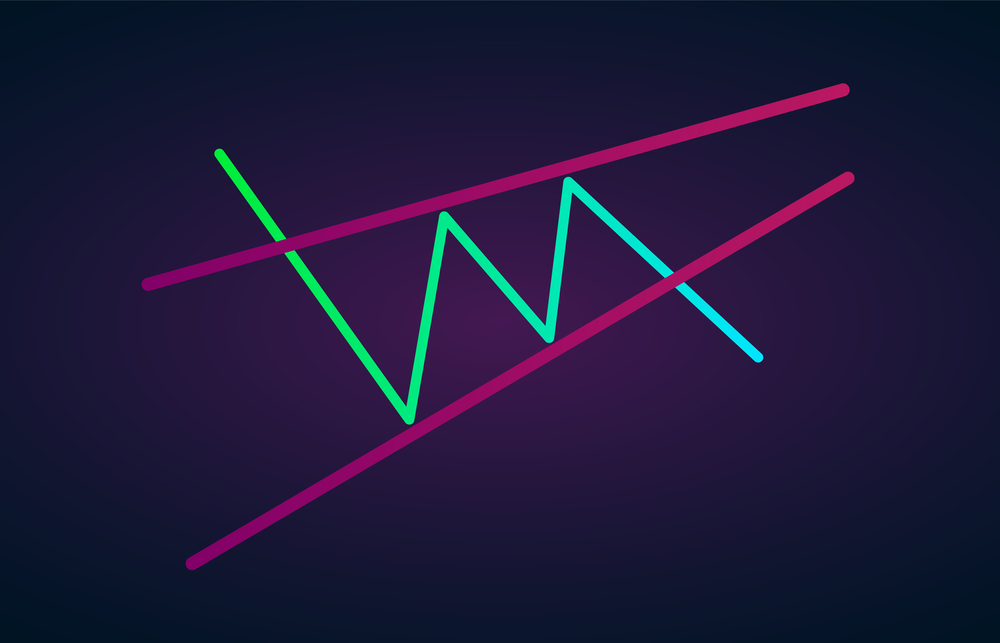 Bitcoin failed to shoot past $50,000 on Sunday despite a growing bullish sentiment towards the said upside target. Instead, the benchmark cryptocurrency alerted about a potential bearish reversal after forming what the technical chartists call a “Rising Wedge” pattern.

The BTC/USD exchange rate inched higher in recent days while leaving behind a trail of higher highs and higher lows. Its move formed two upward sloping trendlines that converge towards a single point called “apex.” Technically, the structure constituted a Rising Wedge formation, which typically leads to a price breakdown. 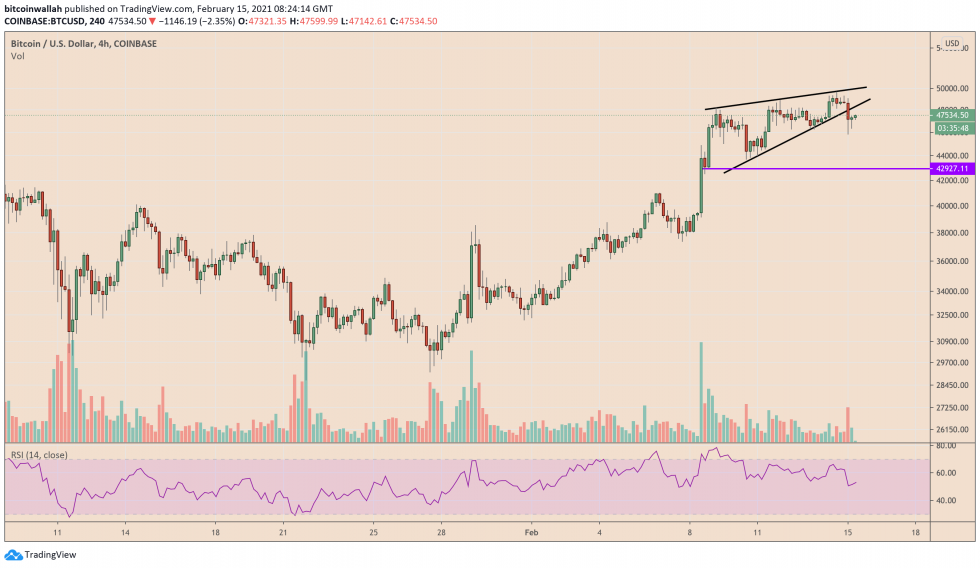 Bitcoin breaks below the Wedge support. Source: BTCUSD on TradingView.com

The downside target in a Rising Wedge comes out to be equal to the maximum distance between the structure’s upper and lower trendline. In Bitcoin’s case, the length is almost $5,500 that puts its Wedge’s bear target roughly near $43,000 in the coming sessions.

Bears are not in complete control despite the recent breakdown attempts. So it appears, breaking below the Wedge’s lower trendline prompts Bitcoin to receive additional support from another upward sloping trendline that constitutes an Ascending Channel pattern.

The price floor could potentially set a stage for another leg upward—a rebound move that could have Bitcoin test its refreshed all-time high of $49,700, followed by a close above $50,000. 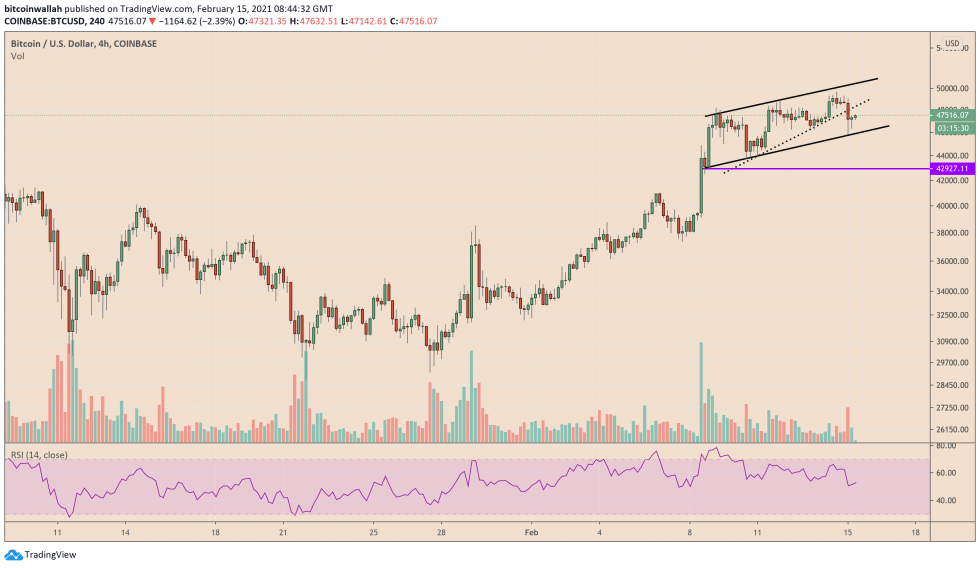 Further bullish tailwinds come from Bitcoin’s Relative Strength Indicator, which remains absent of overbought conditions, despite trading near the levels. As a result, the cryptocurrency could undergo a slight rebound towards $50,000, with $48,000-48,200 acting as an interim hurdle.

On-chain indicators support a short-term bullish outlook. Data fetched by CryptoQuant shows stablecoins reserves across all the exchanges at their record high, which indicates that traders could use the dollar-pegged tokens to purchase cryptocurrencies, including bitcoin.

“If you’re a long-term investor, now is the time to buy BTC,” wrote Ki-Young Ju, the CEO of CryptoQuant. “Not sure how many corrections would be along the way, but the on-chain indicator says there are enough stablecoins in exchanges compared to Bitcoins to get another leg up.”

As traders and investors build up their bitcoin positions, they expect to face a wave of risks from the US economy’s potential to undergo a better-than-expected recovery.

In its recent report, Bank of America noted that the US dollar could post growth in 2021 as the Federal Reserve hints to reduce its ultra-dovish stance by tapering its $120bn per month asset purchase program. Strategists believe that the policy normalization could appear by the beginning of the following year.

Meanwhile, the European Central Bank will likely boost its easing programs, which, in turn, would weaken the euro. The dollar expects to gain strength from that. Bitcoin could face correction if the global sentiment towards the greenback and the US economy improves.