The meteoric rise of Bitcoin continues as the digital currency has just reached $9,000, which is a staggering rise from its $800 value at the end of 2016.

To say that 2017 has been a good year for Bitcoin is a massive, massive understatement. The cryptocurrency that many people considered an interesting distraction has skyrocketed in value since the start of the calendar year. People were amazed when it hit $5,000, and they were then blown away when it hit over $8,000. Now a new milestone has been reached as Bitcoin has just surpassed $9,000.

If you had told people at the start of 2017 that Bitcoin would reach over $9,000, very few would have believed you. But here we are. The cryptocurrency has exploded in 2017, reaching heights of over 10 times its value at the end of 2016.

Hedge fund manager Mike Novogratz said recently that Bitcoin would reach $10,000 by the end of the year. This was followed by Thomas Lee of Fundstrat being bullish on Bitcoin as well, predicting that the digital currency would reach $11,500 by the middle of 2018. It’s now quite likely that we could see Bitcoin reach 10K by the end of the year, and if so, how soon would it take to reach $11,500?

Jumping On the Bitcoin Bandwagon

Many financial institutions and people dismissed Bitcoin as a Ponzi scheme or passing fad (like Jamie Dimon), but quite a few of those entities have changed their tune over the last few months. Investment giants like JPMorgan are now getting actively involved in the cryptocurrency market, and acceptance of Bitcoin continues to grow. 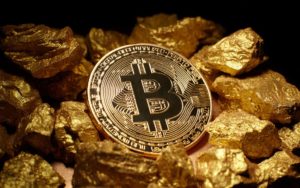 How high will Bitcoin reach by the end of 2017? It’s anybody’s guess, but it would be tremendous to ring in the new year if it does hit $10,000 (or even higher). It seems that there’s no telling how high Bitcoin could eventually go, especially in light of its fixed supply and ever-increasing demand. Buckle up your seat belts as it looks like the Bitcoin ascent is heating up.

Are you excited that Bitcoin has reached $9.000? How high do you think it will go by the end of 2017? Let us know in the comments below.