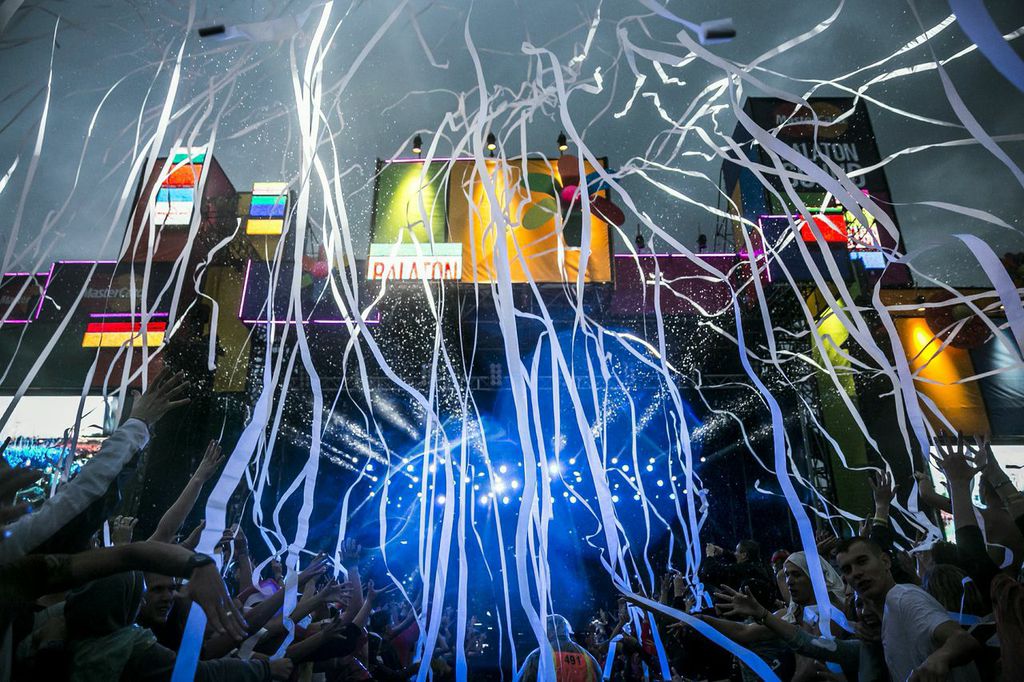 by Bitcoinist
in Bitcoin, Interviews, News
0

Bitcoinist.net were invited to one of biggest music festival in Europe called Balaton Sound. Since digital currencies are now getting deeply involved in the music industry we thought this could be a perfect place to ask a few musicians about their opinion on bitcoion. We had a chance to make a few interviews on the festival. 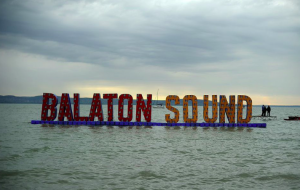 The 2014 MasterCard Balaton Sound attracted a total of 145 000 fans during 4 days and 5 nights. Almost 50% of the guests came from abroad and the festival passes were sold out months before the start of the event. The live stream of the festival reached hundreds of thousands of viewers, thanks to the cooperation with Ustream and Telekom.

MasterCard Balaton Sound set a new attendance record with a total of 145 000 guests this year. The main reason was the big growth in the number of foreign visitors, meaning that this year almost every second fan came from outside Hungary. The weather presented big challenges to the organizing crew with huge thunderstorms on the first and last days, but the crowd was never really bothered and had a great time at the seaside party.

The festival presented a huge number of stars on 4 big and many other smaller stages. David Guetta has been present for many years at the event and also gave a full house set on Friday night. Martin Garrix, Disclosure, Rudimental, Wiz Khalifa, Alesso, or Richie Hawtin also gave memorable shows, while Armin van Buuren’s gig ended right at the moment when the football world cup final’s extra time was beginning, so the crowd could follow the exciting game live on the led walls of the Main Stage.

MasterCard Balaton Sound is not just a Hungarian festival any more, but also an important part of the European summer festival agenda.

“When we started the Sound in 2007, we never really thought that it would become such a success”

said Norbert Lobenwein, the other main organizer of the event.

“We had a few tens of thousands of fans in the first year and this grew up to a total figure of 145 000 this year. Almost half of our guests were foreigners and some of the days were sold out weeks before the festival”

Their story begins in 2000, when well-known Hungarian DJ and icon, DJ Titusz, joined up with musician and Sitar virtuoso, Szabolcs Toth. Together they formed Carbonfools, bringing on board fellow musicians, Zsüli (percussion), Zsazsa (bass), Kelo (drums) and Dado (guitar). 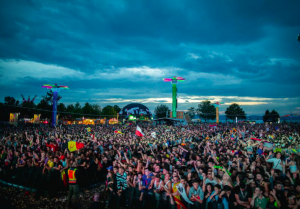 Having built up a solid fan base through various festivals and parties, their first album, Poisoned Gulash, was released in 2004, to much acclaim. This album is a fusion of Electro Rock/Pop. Before creating their new album, the band parted ways with Szabolcs who went to India to perfect his sitar skills. In addition to their own projects, the band made several remixes for other acclaimed Hungarian underground bands. English record label Mint Soure released three singles, which became very popular with many English DJs.

Balázs Fehér joined the band in the Summer of 2006. Their new second album, Carbon Heart, was recorded in October 2008. The album extended their popularity to an even wider audience. The Carbonfools presented their new guitarist, István Fekete “Steve”, in February 2009, and their new bass player, Milan Miklos, in February 2011.

Their songs are played regularly on the radio, and one or two of their songs are currently in the charts. The band has become more and more famous for its live performances over the past few years. They are frequently invited back to several clubs and festivals in Hungary. They also played in the UK with Dreadzone in 2011. In 2011 they were the only Hungarian band to play at Exit Festival and Trenchtown festival in Serbia. In that same year as a guest, they gave a live performance during a new production of the Hungarian X-Factor series.

Have you ever heard of Bitcoin or other digital currencies?

First time i’ve heard about bitcoin was in January 2014 Miami. A friend of mine attended a bit coin conference, he told me about it. It’s been the first and last time so far.

50 Cent (Snoop Dogg and Nas as well) is a Bitcoin believer and decided to sell his new album for Bitcoin. He sold millions… Have you heard this success story? What do you think about it? 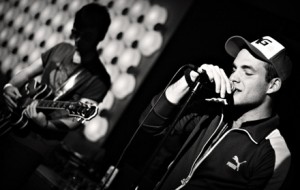 I haven’t heard it and i don’t really care. If i have to choose between 50 Cent’s and the Wu-Tang Clan’s PR ideas, i would choose the last one. They released an album in vinyl format and people can listening it in museums only! That kind of artist motivation is close to me.

The 50 Cent story is strictly based on financial decisions. It’s a good business trick but i’m not into it. I think a real artist is not able to get deep into the financial world because his personality is way different. One person can’t have both business and artist attitude at the same time on professional level. It’s not working together.  I personally keep the whole “money-banking stuff” as an illusion. It’s invented for the people to feel safe.

Would you give it a try and sell your album for Bitcoin? Do you think, your management is openminded enough to do that?

My management decides in such questions. I can imagine that they’re curious about bitcoin. You should ask them. They might keep it interesting.

The success story of Carbonfools continues with a lot of concerts, new singles and videos. Good luck guys!  Thank you Balazs and Thank you 2014 MasterCard Balaton Sound for the sweet cooperation! You’all rock!

For more information on the Festival please visit: www.balatonsound.com