This week, the bears tested the bulls’ control over the market, attempting to shake them on Sunday. The bitcoin price just barely made a gain during the week after the massive drop on Sunday from the $460s into the $430s. Overall, the price increased by 0.61%. 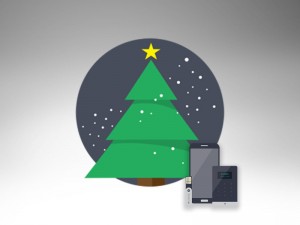 The week began on December 14, 2015 with the bitcoin price at $436.35, still riding the rally that kicked off last week. The markets saw some gradual growth during the first half of the day; by noon, the price had climbed into the mid $440s. It took a dip going into the afternoon, though, falling to $439 at 5 PM. As the evening began, the price moved upwards again, reaching the $450s at the end of the day.

In the news, we announced another exciting giveaway sponsored by Ledger Wallet. Bitcoinist has 3 more Ledger products to give away to our readers. You can register for this giveaway by visiting our article and signing up for our mailing list.

The markets opened at $451.18 on Tuesday, December 15, and would spend the majority of the day continuing that gradual climb. By midday, the bitcoin price had broke $460, and it continued making gains well into the evening. However, at there was a massive fall at 10 PM, in which the price fell from $463 to $444 within one hour. The price hit a low of $436.89 at 11 PM, but then began climbing out of this hole as the markets went into the new day.

We reported on a warning against Bitcoin from the Central Bank of Kenya on Tuesday. In a paid newspaper advertisement, the Bank warned of Bitcoin’s “risks,” including its lack of regulation. The bank also reminded readers that Bitcoin and other virtual currencies were not legal tender in Kenya, and that users could not be protected if something went wrong.

We also published a very interesting interview on Tuesday at Bitcoinist. Our very own Jamie Redman sat down with Daniel Krawisz, discussing the state of the Bitcoin community, Bitcoin skeptics, and the fate of altcoins.

Wednesday opened with the bitcoin price at 451.18, with the late night dump on Tuesday bringing bitcoin back to where it started the previous day. Compared to the activity on the preceding days, Wednesday was pretty calm. After a welcome return to the $460s, the price dipped back into the $450s. Market activity subsequently tapered off, and the bitcoin price stayed in the $450s for the rest of the day.

Thursday, December 17 started at $453.07, a slight gain over the opening price of the previous day. The 17th was another relatively calm day, with the bitcoin price hovering in the mid-to-high $450s range.

Meanwhile, over at Bitcoinist, we announced a holiday giveaway hosted by e-Coin. The popular bitcoin debit card company is giving away free virtual debit cards to anyone who completes at least 10 entries on e-Coin’s gleam.io website. 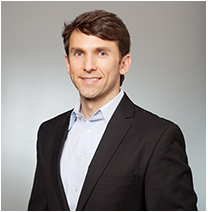 Friday was a busy day at Bitcoinist. In the morning, we published an interview with Sean Walsh, CEO of Redwood City Ventures. Our Editor-in-Chief Scott Fargo discussed multiple topics with Sean, including the block size debate, relations between US and Chinese Bitcoin companies, and the future of Redwood City Ventures. In the later part of the day, we reported on the arrest of Martin Shkreli, the pharmaceutical executive that bought the patent to an AIDS medication and raised its price by more than 5,500%. Shkreli was arrested by the FBI on charges of securities fraud, as he allegedly used shares from Retrophin to pay off debts.

Saturday the 19th started at $463.83, a respectable gain over the start of the previous day. Saturday’s market activity was relatively flat, with the price hovering in the $460s for the entirety of the day.

However, Sunday proved to be a different story. Sunday started off maintaining that holding pattern established on the 19th, but that pattern was quickly shattered when a large price drop swept the markets. Opening at $458.93, the bitcoin price gradually slid downward for the first half of the day. By noon, the price sank to $440. After a few hours of relative stability, the price took a steep plunge at 7 PM, falling all the way into the $420s. As the night began, the markets launched an attempt make it out of this dip, returning to the high $430s. The week ended with the price at $439, just a few dollars above this week’s opening price.