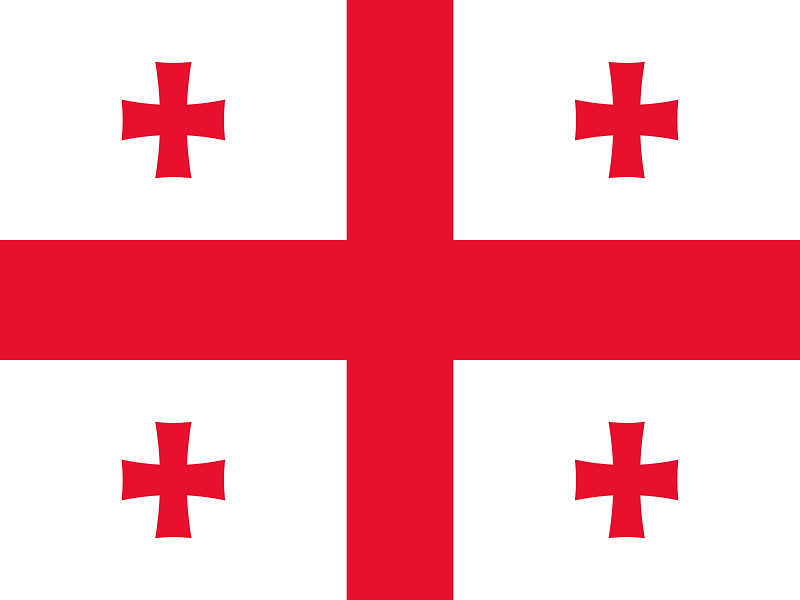 A major flood occurred in the Vere River valley in Tbilisi, the capital of Georgia, on the night of June 13, 2015. At least 12 human lives were lost because of the flood. The event also struck the Tbilisi Zoo, leaving half of its animal inhabitants either dead or on the loose.

The police force, the emergency services, and army units were immediately deployed for rescue efforts in Tbilisi. They were helped by hundreds of local volunteers and together were able to save lots of people trapped by the floods.

June 15 was declared a national day of mourning in Georgia. President Giorgi Margvelashvili said he would allocate funds from President’s Discretionary Fund to assist the affected families. The Prague Zoo, along with other Czech zoos, dispatched a team of specialists with experience in dealing with floods. 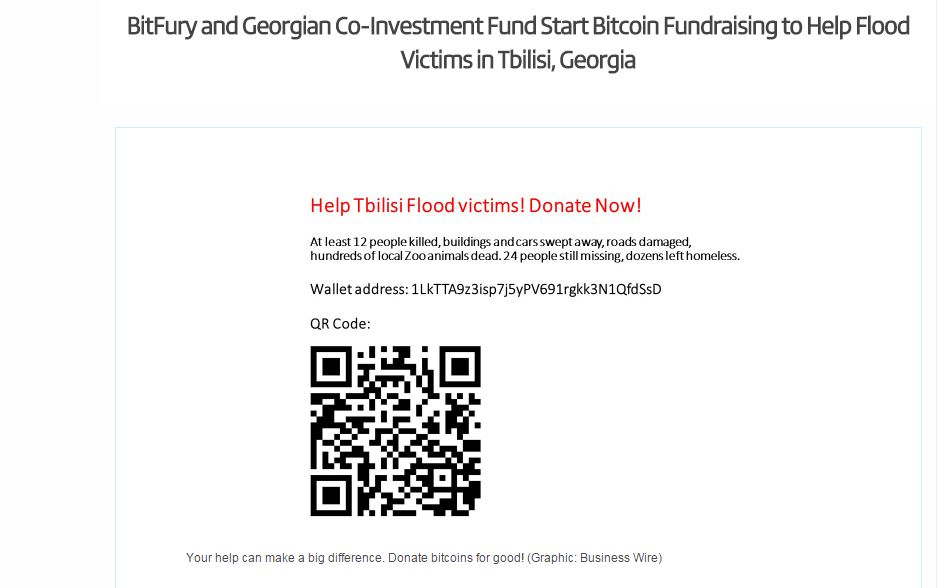 Now, BitFury and the Georgian Co-Investment Fund have joined forces to help flood victims by starting a Bitcoin fundraiser.

“Our deepest condolences go to the families of those who suffered as a result of devastating flooding in Tbilisi, on June 13-14. On behalf of BitFury we would like to donate bitcoins to support the victims and also enable everyone willing to help from all over the world to make donations. In partnership with Georgian Co-Investment Fund we opened a joint bitcoin wallet where bitcoin donations are now accepted.”

Since the beginning, bitcoin has been used to support a lot charitable causes, such as fundraising to help children in Africa, and most lately to assist the Nepal earthquake victims, where many companies participated.

The flood left a path of destruction all over the city, leaving many people homeless. BitFury hopes to help these people with its fundraising initiative.

“In these moments of deep sorrow, our thoughts are with those affected by disastrous flooding in Tbilisi. Georgian Co-Investment Fund together with BitFury Group will raise money in bitcoins, giving an opportunity for the bitcoin community to support flood victims. We hope that our joint fundraising campaign will provide some disaster relief to the survivors.”

Your help can make a big difference. Donate bitcoins for good! You can donate bitcoins at the following wallet address or by using QR code on the image:

Besides helping people in need, what do you think that these Fundraising campaigns can do for Bitcoin? Let us know on the comments below!