BitGo, a leader in Bitcoin security as well as a pioneer of multi-sig technology, announced today that it secured insurance coverage. Founded by veterans of online security, Mike Belshe, Ben Davenport, and Will O’Brien, Bitgo has raised more than $14 million in financing from venture capitalists, angels, and bitcoin industry insiders who were the same backers in companies like Paypal and Tesla.

First of its kind, BitGo now offers coverage against Bitcoin theft thanks to a deal with the global, A-rated XL Group insurance company. Not only is the insurance coverage first of its kind, so is the policy. This is the first time in history in which a Bitcoin company has been issued a policy from a global A-rated underwriter. 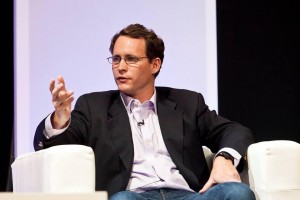 Will O’Brien CEO of BitGo

All of BitGo’s paying customers are eligible for the new policy, which is protection from Bitcoin theft up to $250,000 just by signing up for Bitgos services. Customers are able to increase the amount of protection they have against Bitcoin theft for a 1 percent annual fee.

In the case of a loss or hacking incident, the policy details state that BitGo’s customer would be reimbursed as a direct loss payee depending to the value of the missing Bitcoins.

In collaborating with BitGo and Innovation Insurance Group, we tailored a first-of-its-kind insurance product to help protect the rapidly growing Bitcoin industry, BitGo’s multi-signature architecture delivers a significant level of security, realizing how seriously they take cyber security; we confidently developed a comprehensive insurance solution that offers BitGo and their customers another layer of protection.

We have seen early attempts at insurance in the bitcoin market, such as those based on a captive model funded with cash reserves or ‘crime’ policies that solely cover employee theft of cold storage keys. While this was suitable for Bitcoin’s formative years, it does not scale to the requirements of today’s ecosystem. BitGo’s multi-signature technology alters the threat profile to the point that a properly balanced insurance product can for the first time be brought to market at a price in line with typical cyber risk.

BitGo has now added yet another way to secure your Bitcoins. Whether its through their API, or enterprise-grade multi-sig technology, BitGo offers a multitude of ways to keep your Bitcoins safe.

Do you use BitGo? Are you interested in the BitGo insurance policy? Let us know in the comments below!