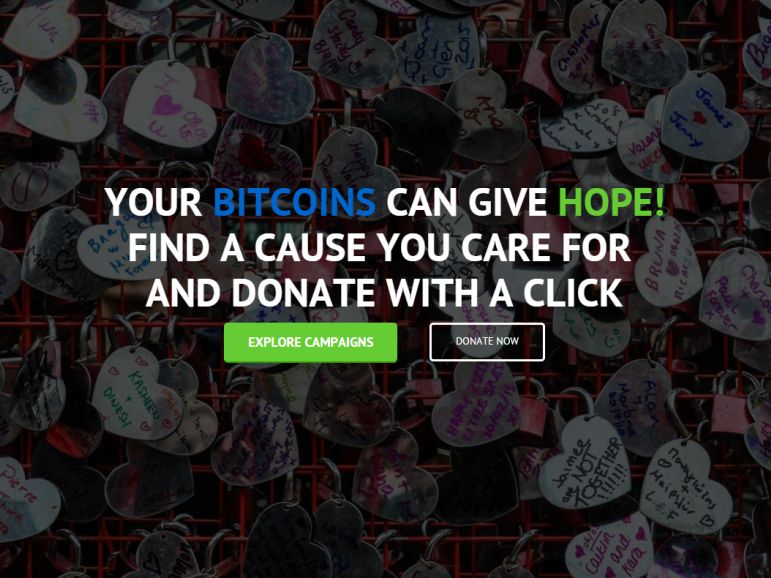 BitHope Speaks: Scalability and the Future of NGOs

The BitHope Foundation is the first Bulgarian non-governmental organization (NGO) that uses cryptocurrency exclusively. This foundation is reportedly the first crypto-exclusive NGO in compliance with Article 33 of the Law on Nonprofit Legal Entities. BitHope believes that cryptocurrencies are the best form of money “that has been created by the human intellect,” which is why it wants to use digital currency to help people.

Bitcoin charities don’t often receive the same amount of attention as high profile businesses, popular developers or political figures, but they work just as hard. BitHope is proof of that. Acting as an intermediary that helps raise funds for smaller organizations, the foundation currently has 8 active campaigns in progress. BitHope says that at least 95 percent of the funds they raise go to the campaigns they have chosen to help.

Not only do Bitcoin charities work just as hard as the high-profile figures, they are also affected by the same problems, even if they aren’t as outspoken about them. BitHope Founder and Director Vladislav Dramaliev has thought about a lot of these issues, particularly the heated block size debate. Dramaliev decided to sit down with Bitcoinist to discuss his opinions on the block size issue, as well as developments going on within the BitHope Foundation.

How does BitHope aim to help people through Bitcoin?

The shortest answer to this question is – by matching bitcoin donors with nonprofit organizations (NPOs). Our primary aim is to make BitHope.org the place where NPOs go when willing to add another funding source for their charitable initiatives and the website to visit, when willing to send a small, pseudo anonymous donations with an insignificant transaction fee and to a worthy cause.

Bitcoin provides a number of unique advantages when it comes to donations and we would like to introduce them to the NPO world. Through BitHope.org NPOs learn for the first time, that anyone can send 1 USD or less, around the world, immediately, without leaving any personal information and without paying a significant transfer fee. Moreover, and this is what NPOs really like, is the fact that they have access to up-to-date and 100% accurate information about the size of all received donations, all thanks to the transparency of Bitcoin addresses.

The culture of “tipping with bitcoins” is slowly developing and we believe that with the growth of the bitcoin user base, the number of people willing to send donations will rise.

We know that the primary reason for NOT sending a bitcoin donation, apart from not having bitcoins, is lack of trust that the money will be spent in accordance with the announced aim. Thus, we have established a stringent procedure for verifying all NPOs willing to add campaigns at BitHope.org. We require them to submit detailed information about their past activities and projects, the aims of the campaign they want to fund through BitHope.org, identifiable information about their governing structure and members, as well as official documents confirming their legal status and financial state.

If we deem certain NPO as eligible to announce a campaign on our website, we sign a contract which establishes official relations between the two legal persons and officially obliges our partner to spend the generated funds only in accordance to the aim stated in the text. After completion of a campaign, NPOs must provide us with third party-verifiable documentation related to the spending of the funds, as well textual and visual information presenting the manner in which they were spent.

All documentation that we acquire from our partner NPOs is scanned and uploaded to the campaign page (sensitive personal information removed) in the “Completed Campaigns” section. There we provide information about the amount of accumulated bitcoins, the exchange rate at which they were converted to fiat, as well as information regarding the amount that is withheld by us. At least 95% of all donated funds go to the final beneficiary.

Transparency is key to what we are trying to do and we take it very seriously. Our donors can be sure that any bitcoins they donate will be spent in accordance with the announced charitable goal.

Is the current block size issue hindering your mission in any way? If so, do you think these obstacles are common among Bitcoin charities facing full blocks?

I have been following the scaling debate closely. Any increase in fees in the Bitcoin network may affect the willingness of donors to transfer bitcoin to our causes. However, I believe that even if fees go from 4 to 20 USD cents, a 400% increase, due to full blocks – donors will still be willing to donate.

I believe that Bitcoin’s current problems will not stop new users entering the sphere. Bitcoin is functioning how it is supposed to be.

Do you have an opinion on which solution is the best for solving scalability? 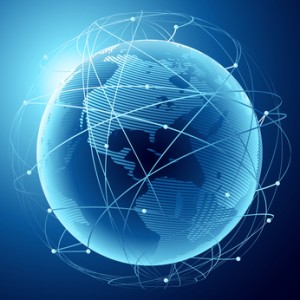 The scaling debate that was initiated in the recent weeks, no matter how discordant and even a bit dirty at times, will be instrumental to the identification of a workable solution and, in the end, will make Bitcoin stronger. I do not think that the future of the Bitcoin network as a payment processor lies with on-chain transactions. I am certain that high transaction volumes will be realized with code upgrades such as Side Chains, the Lightning Network and parallel-to-Bitcoin payment channels.

Before these are implemented, a temporary solution such as an increase of the bitcoin block size will be introduced, first by a clever software touch-up represented by the Segregated Witness proposal, and later by a hard fork, coming from either Classic or Core developers (although Core are currently considered as a bit of an immature bunch by many). The scalability issue will be solved, either preemptively or when serious issues in transaction processing do appear. We have seen people having troubles sending payments through the Bitcoin network already, but I believe these are still very much exceptions to the rule and their significance is quite overstated.

Are there any big projects BitHope is currently working on?

BitHope.org itself is our biggest project. We want to successfully complete at least five projects by the end of the year. We are still in the process of building trust and proving to the Community that we are working towards the widespread bitcoin adoption. We are certain that if people see the tangible effects of “bitcoin crowdfunding for charity”, more people will see the cryptocurrency from a vantage point, different to the one usually employed by popular media – Ponzi schemes, dark markets and rouge exchanges.

What makes BitHope unique compared to other Bitcoin charities?

We tend to perceive ourselves as a bitcoin charity in service to smaller-size charities. We are not administratively prepared to organize charitable campaigns on our own, so we are not an organization that seeks funds to sponsor our own initiatives. We are entirely self-funded, our existence being possible only due to the contributions of our team and partners. Breaking even is a point in the future that we are not really interested in. Our primary goal is to help the small, classic NPOs that exist in any country get introduced to bitcoin and start making use of the opportunities it provides. We are want to bring the bitcoin to the nonprofit world, one NPO at a time.

How do you think Bitcoin will change the nonprofit sector in the next few years?

I believe that much like the Bitcoin users, the NPO sector’s familiarity with bitcoin will arise due to the advantages that the technology provides. The growth of the bitcoin user base, which I see as inevitable, will lead to an increase in the people possessing bitcoins and, consequently, the number of potential donors. I am of the opinion that bitcoin provides a unique experience when it comes to donations and this will be recognized by both donors and NPOs in the following years. I am confident that bitcoin donations will slowly become an important financial stream for the NPO sector and this will raise the standards for transparency and efficiency when it comes to donation aggregation and disbursement. I believe Bitcoin naturally requires higher levels of transparency and accountability, and will disrupt the business-as-usual practices of the nonprofit sector. Accepting bitcoin donations should become a badge of honor, awarded only to really glass-walled organizations.

Dramaliev’s opinions on the block size issue and his vision for how digital currency will change the nonprofit landscape show the Bitcoin charities deserve more time in the spotlight to voice their opinions on important issues. NGO’s like Dramaliev’s could offer a unique perspective on Bitcoin issues that often focus on economic, technical and political angles. By listening to what these nonprofits have to say, we can get a look on how these important community issues affect people on a human level, which could force us to think about problems a little differently. We would like to thank Vlad Dramaliev for taking the time to speak with us, and we will make efforts to give Bitcoin NGOs a more powerful voice in the community.

What do you think about BitHope? Let us know in the comments below!