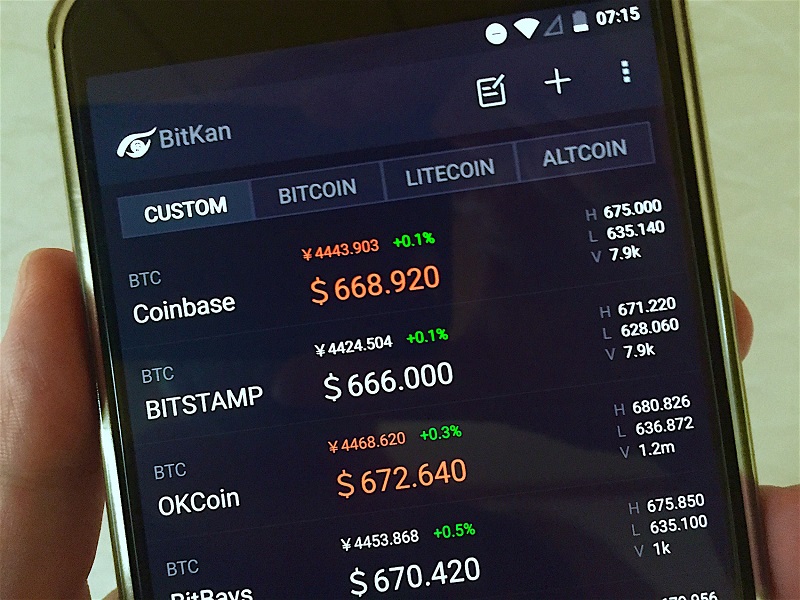 BitKan, an all-in-one Bitcoin service application, has announced a series of updates in an effort to improve user experience. The biggest update so far is found in the service’s mobile application, with a peer-to-peer, over the counter (OTC) trading utility. This news comes on the heels of a $1.6 million USD capital injection into BitKan by Chinese bitcoin mining giant Bitmain.

Disclaimer: This article is sponsored by BitKan. Bitcoinist is not responsible for this firm’s products and/or services.

What’s New with BitKan on the Mobile Front?

BitKan’s mobile app, available on both Android and iOS, has the same familiar features, like price charts, news, mining pool data, and a “price alert” function that pushes notifications to the user’s phone when bitcoin reaches a certain price.

However, the company said that it has made one new addition to the app that will have a big impact on users: OTC trading.

OTC trading is a peer-to-peer form of buying and selling bitcoin. Instead of using an intermediary, such as a bitcoin exchange, individual traders connect with each other and make transactions. Bringing the decentralization revolution to currency exchange, OTC trading represents the essence of Bitcoin — full decentralization, putting individuals in full control of their money.

After clicking on the “Exchange” tab, the app greets users with an interface that displays the essential information, such as options to buy and sell, and recommended traders.

In order to use BitKan’s OTC feature, users have to set up an in-app bitcoin wallet, as well as bind their phone numbers to their app accounts. BitKan said that using mobile-based payments offers more convenience than integrating exchange accounts, since users don’t have to worry about linking bank accounts and managing exchange wallets.

The in-app wallet must be used for both buying and selling bitcoin on the OTC. Furthermore, BitKan said that any trades under 5 BTC will not require Know Your Customer verification.

The OTC exchange shows exchange rates for seven different currencies. The actual price advertised by purchasers and sellers changes from red to green as their offers change — giving users a visual aid as they monitor BitKan’s OTC market.

In addition to the updated application, BitKan has revamped its website. Price charts, news and mining data can be found on the website, just like in the app. However, the OTC exchange is only available through the app, and cannot be accessed on the website.

Another addition, the BitKan news section, is available on both the website and mobile application. After making deals with several leading Bitcoin news sources, BitKan’s news section will curate articles from BTC.com, Bitcoin Magazine, Bitcoin.com, CoinDesk, 8btc, and ChainB.

Updated in real time, this news section displays the latest stories from participating publications. BitKan says that it will continue working with news outlets to expand the list of sources curated by the news section.

BitKan plans to showcase its updated products at the Blockchain & Bitcoin Conference in Kieve, Ukraine on September 23rd. The company will have a table at the conference, where attendees can receive information and demonstrations of BitKan’s OTC marketplace.

The Kiev event is part of the annual Bitcoin Conference series, which hosts events across Europe. These conferences focus on education and “why Ukraine stands a good chance of becoming [the] ideological center of the Bitcoin community,” according to conference organizers.

BitKan is attending the Kiev conference as part of an effort to extend its global reach. The team said that “the bitcoin OTC market is growing rapidly in Eastern Europe and Western Asia,” and that they want to make their new OTC service available to traders in those regions.

Do you use BitKan? Let us know in the comments below.