On Wednesday, February 4, Ben Lawsky, the Superintendent of the New York Department of Financial Services (NYDFS), released the revised version of the infamous BitLicense. This piece of regulation will require all Bitcoin businesses in New York that deal with transmitting Bitcoin, and exchanging it for fiat, to obtain a license. Holding a license will require businesses to comply with several stipulations, the major ones being capital requirements, record keeping standards, an Anti Money Laundering program, and a Cybersecurity program. 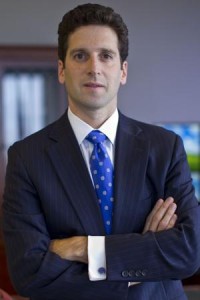 BitLicense was initially announced in the summer of 2014, and was met with heavy criticism from the Bitcoin community. Members of the community feared that the regulation would create a severely restricted Bitcoin economy in New York that would violate privacy and stifle innovation in what is considered to be the financial capital of the world. Critics cited several things from BitLicense that were particularly worrisome, such as fingerprint requirements for company employees and invasive record keeping requirements.

Prominent people from the Bitcoin world submitted official comments to the NYDFS, hoping the Department would heed their advice and make positive changes. Some people, such as Erik Voorhees and Circle CEO Jeremy Allaire, were harsh towards the Lawsky and the NYDFS — saying that BitLicense was draconian and would set an unfortunate precedent for Bitcoin regulation in the rest of the world. Other entities, such as the Bitcoin Foundation, essentially accepted the regulation with open arms and very little criticism.

At the end of the 90-day public commenting period in late 2014, the NYDFS took all of the comments into consideration and began preparing a revised draft of BitLicense. After several months of waiting, here are the changes Lawsky has submitted to the community. We will list the changes made, in order, section-by-section. This list is not exhaustive, though, it only covers revisions of stipulations that were highly controversial upon the release of BitLicense’s first draft. Some sections will be left out of the list, either because there were no changes made, or because the changes made were insignificant.

There is a 30-day public commenting period for this draft of BitLicense, which will end on Friday, March 27, 2015 . Comments can be submitted to [email protected]. Bitcoinist strongly urges our readers to look over both versions of the BitLicense proposal and submit your comments regarding the revised draft to the NYDFS. Regardless of whether or not one agrees or disagrees with the purpose and content of BitLicense, this regulation will likely have a significant impact on the Bitcoin economy in New York, and possibly the international Bitcoin economy as well. The only way the NYDFS will take your opinions into consideration is if you submit a formal comment. Therefore, if you have something productive to contribute to the discussion, it is imperative that you make your voice heard!

Both versions of BitLicense can be found here: first draft; second draft.

What do you think about the changes made to BitLicense? Let us know in the comments below!

Images courtesy of PocketFullOfApps and The New York Post