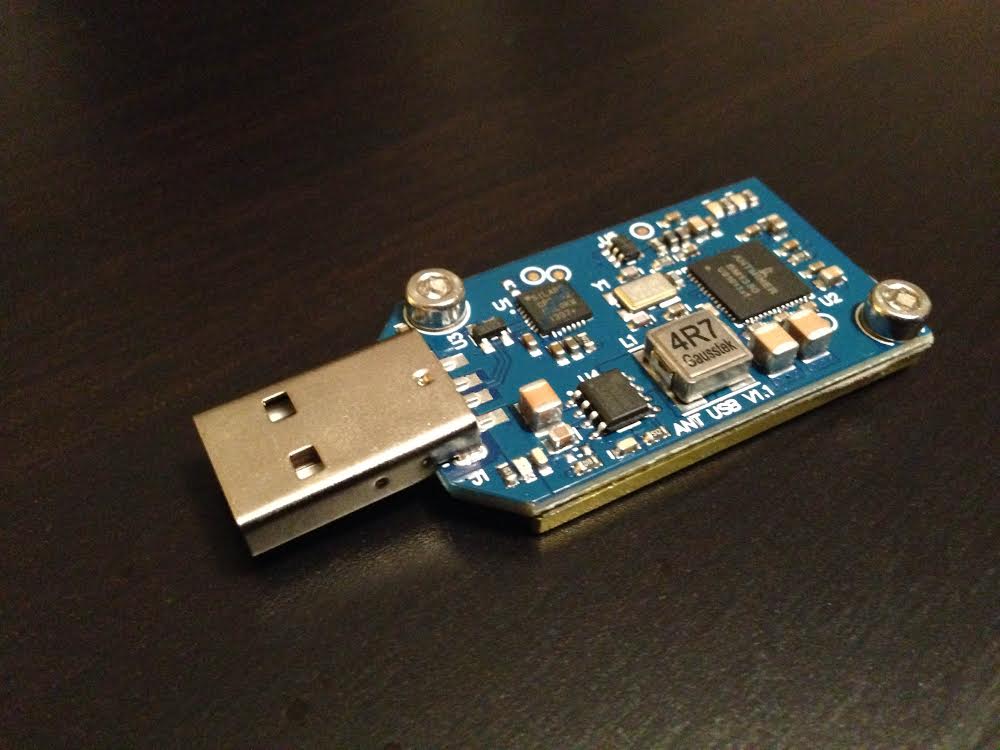 Bitmain Antminer U1 – review, hands on

Bitmain’s new mini bitcoin miner has just landed in our hands at the North American Bitcoin Conference in Miami. It is a rather small and compact bitcoin miner. It can be used by individuals without mining farms or it can be an ideal solution for office use. Power efficient and silent without fans or any other moving parts, it has only a quite large heatsink.

Small, efficient and a fast alternative to start mining, it represents a good start in the business. It can build up small farms, and enables you to try the best available mining pools and cooling solutions to prepare for the big miners later on. You know, mining is always the hard way, but it has it’s own beauty.

It is a small USB drive – sized miner, with a large heatsink on the back. It comes with dimensions of 3.0”x1.4”x0.5” (inches), weighing 2.1 ounces. It is a bit wider than an ordinary usb stick, so when using hubs, try to avoid horizontal ports. It is operating on 58 Centigrade Celsius, being a bit too hot to touch, so try holding it on the side.

Keeping in mind the up to date conditions, it is hard to estimate the exact ROI value for a small miner like that. If you go for straight profit, try some of the alternative coins. One important rule about mining is, if you are counting on the price raise of bitcoins, don’t buy a miner, invest in the bitcoins and wait. Of course, these little pals are not the ultimate money making machines, but great devices to be part of the community and to mine your own bitcoins.

I can imagine the Antminer U1-s as an everyday silent device in the back of your office PC, or maybe connected to your home NAS or server. While the Antminer is efficient and easy to use. I had some trouble with cgminer. On the other hand, with bfgminer it was easy as a pie (you can find detailed instructions below). As much as I was concerned, it was much more profitable than the previous models by ASICminer (333 Mh/sec, can be overclocked to 450 Mh/sec). The immediate availability of the product is a rarity in this industry, so that was a big plus. In my opinion, I’d buy it as a hobby device, to connect it to my continuously running Raspberry Pi at home. I’m a bit concerned about the heat, so I would leave it in charge for a few days, to see what happens.

Let’s see the pure details about the chips:

Chip specs: BM1380
The AntMiner Solution uses a BM1380 hashing chip, which has been developed privately over the past 7 months by Bitmain. Bitmain team has been working on it day and night; some of their engineers got sick several times due to overwork. We combined the wisdom of a mature IC design process with several innovative or even aggressive power saving techniques.

Over clocking performance is still to be tested, before that we need modify our software a little bit.

3) Unzip bfgminer files to your computer; for example C:/miner/

5) Right click on the new shortcut and click “Properties”.  In the “Target:” update to show as follows (replace pool details with your own user):

6) Double click the shortcut to start BFGminer and start mining. 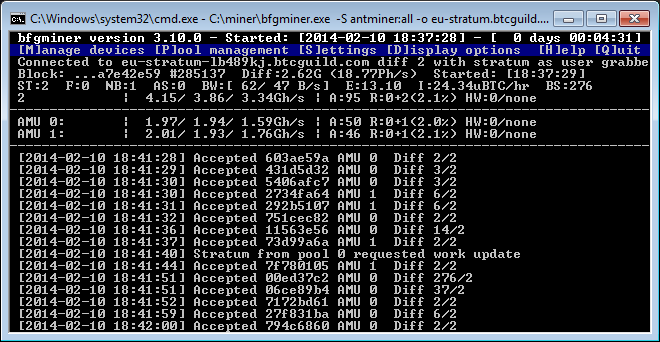 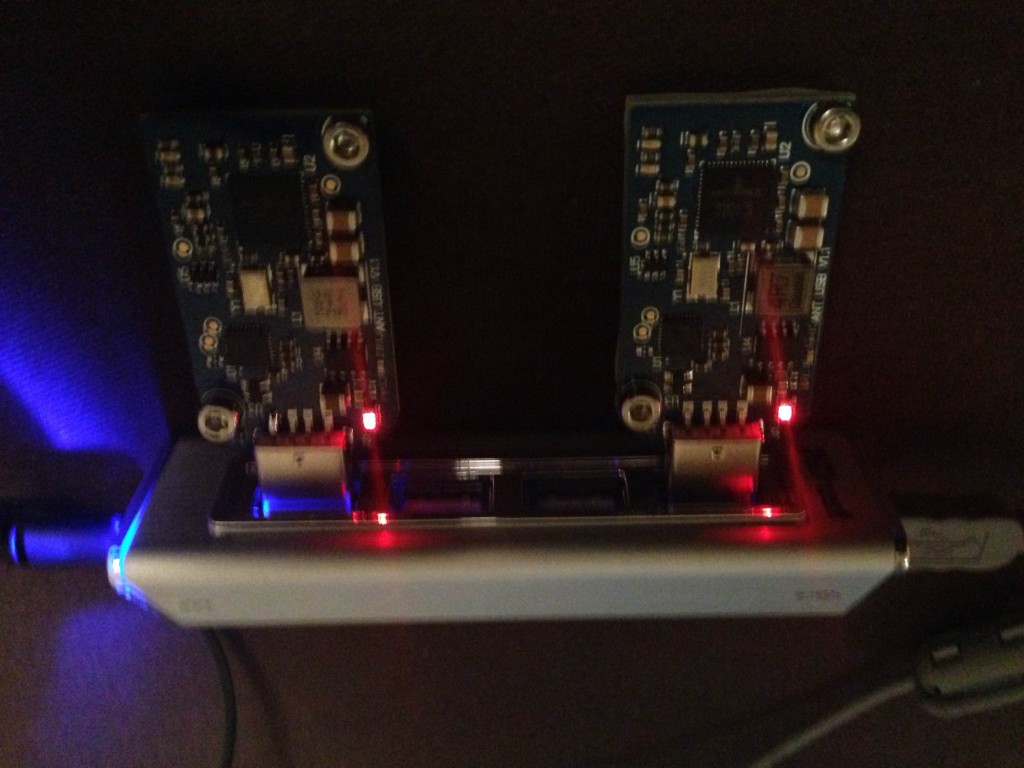 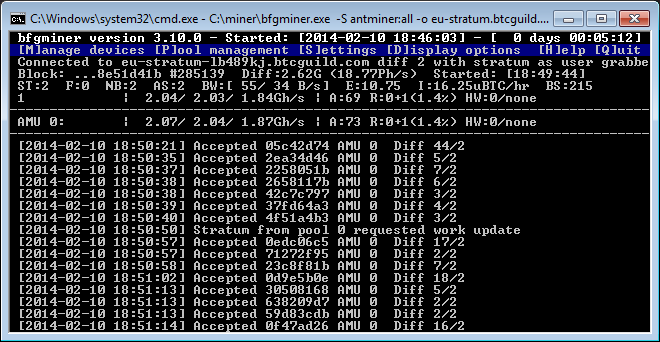 Cgminer is officially not supported yet, try it with the zadig driver, here is a sample code:

Run the following commands to install dependents, download bfgminer source and build it:

To run bfgminer use a command such as (change our demo pool user with your own user):

If you are using a Raspberry Pi do the following: