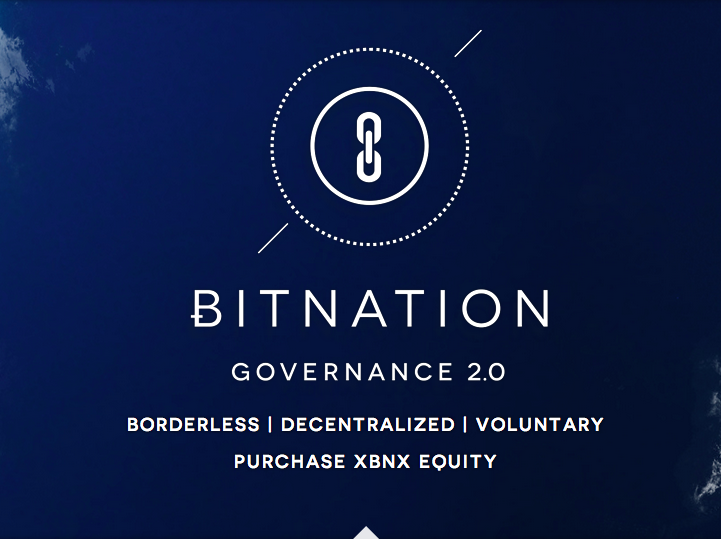 BitNation Crowdsale Raises less than 1% of funding goal with under 2 months left.

BitNation Crowdsale Raises less than 1% of funding goal with under 2 months left.

Launched October 10, BitNation’s crowdsale has raised 0.46% of their target seed round and 49 days remain before the sale is over. BitNation is a decentralized governance project led by Founder and CEO Susanne Tarkowski Tempelhof. On October 13, three resigning BitNation team members published their resignation letters on Bitcoin Magazine in an article titled, “Why We Won’t Be a Part of the BitNation Crowdsale (3 letters from the former BitNation team).” The open resignations of the team may have influenced the crowdsale which has raised less than $11,000 out of the $2,000,000 funding goal.

“I cannot allow myself to be a part of something which plays on the idealistic visions of many people all over the world when I know the structure and management of the organization would not allow it to succeed,” says Matt Mckibbin, former BitNation Communications Partner.

According to CryptoCoinsNews, Tempelhof says, “If people leave a Governance 2.0 startup, where one of the things we promote is corporate incorporation on the blockchain, and they leave because of the “lack of incorporation” clearly they understood nothing of the company to start with, and are just make belief ‘libertarians.’ I stand with the strong belief that everything [that governments do], can be done on the blockchain. If others are not part of that belief, they should not be a part of BitNation.”

Amidst the high drama at BitNation, the project has met it’s BitPassport crowdsale milestones enabling anybody in the world to prove the existence of persons using cryptographic tools like PGP and Bitcoin. Users prove their existence at a certain time by taking a picture with the latest Bitcoin merkle root, or the hash of all the hashes of all the transactions in a block. Then the picture is inserted into an ID template which includes a person’s name, time stamp, PGP public key, the merkle root, and a one year expiration date. Then, the documents are signed with PGP keys. Lastly, a proof-of-existance service is used to store a hash of timestamped ID documents in the Bitcoin blockchain.

On October 24, The milestone was met as the world’s First Blockchain ID was demoed live on YouTube. Blockchain ID is also referred to as the World Citizenship project and is spearheaded by Chris Ellis. Blockchain ID offers affordable decentralized passport services using available cryptographic tools, and is related to David Duccini’s IDCoin, a web of trust Blockchain for identity and reputation. The project code is now available on github, and BitNation’s Blockchain ID tutorial is available on google docs.

According to BitNation online,
“Bitnation provides the same services traditional governments provides, from dispute resolution and insurance to security and much more – but in a geographically unbound, decentralized, and voluntary way. Bitnation is powered by Bitcoin 2.0 blockchain technology – a cryptographically secured public ledger distributed amongst all of its users. As we like to say – Bitnation: Blockchains, Not Borders.”