BitPay is one of the best known Bitcoin payment processors and the second leading payment service provider in the world. By operating with Bitcoin, BitPay is capable of providing its customers access to an almost free and instantaneous transactions payment method from anywhere in the world with no risk of fraud or chargebacks.

In early 2014, BitPay released a software application called Bitcore, an open source JavaScript library forked from the BitcoinJS project. Now, Bitpay is announcing the release of an online app based on this technology to showcase Bitcore’s capabilities. 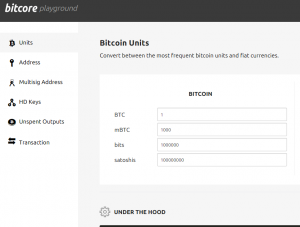 was designed to easily allow developers to contribute and play around with the bitcoin protocol while testing Bitcoin projects. The company also intends for the Bitcore Playground to enable future implementation of existing ideas and projects on top of their open source projects.

The team has been actively improving the Bitcore Playground’s functionality and usability, in order to offer a fully operating, bug free JavaScript library to new developers interacting with the code.

The Bitcore Playground will be an interactive guide to support developers using the Bitcore library. The company believes it is an excellent tool for developers because it efficiently lowers the learning curve for Bitcoin.

The Playground was designed to be used as an “online swiss army knife for everyday technical needs and a guide for anyone looking to use our platform”. 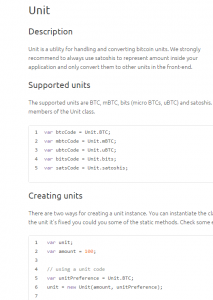 The team stated that it focused primarily on security, design, and code quality; then, they started to improve documentation and usability, while scheduling and recalibrating a new course for their base application, Bitcore.

Bitpay regards the Playground as an engine to fuel innovation, fast forward their ongoing projects, and introduce these projects to new developers entering the Bitcoin industry.

The company is extremely interested in allowing any developer to participate, so if you feel that you can give your best contribute, the team is always welcome, and you can drop in any time on their labs forums.