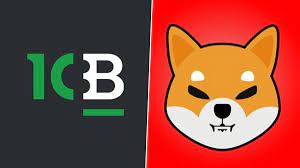 Cryptocurrency exchange Bitstamp has confirmed that it will be listing the meme coin Shiba Inu. The exchange had first announced the listing of SHIB that would take place on December 9th but this had come to a halt after Bitstamp said they were having technical difficulties with listing the digital asset. The listing of the meme coin had then been pushed back indefinitely following the issues.

The integration of Shiba Inu into the Bitstamp platform had been stalled when the exchange ran into technical problems getting the meme coin on board. This had caused it to halt the listing of the token on the platform. The listing which had been much anticipated by the community had come to an indefinite hold with these issues which the exchange has been trying to fix.

Bitstamp had made this known to the community on December 9th when the coin was supposed to go live that they had run into a problem with getting the cryptocurrency on their platform. In a tweet, the crypto exchange pointed to “technical problems” which would cause it to take a longer time to list the meme coin.

We experienced some technical problems with $SHIB listing, which will result in a longer delay with the launch.

The listing on Bitstamp would have put the meme coin on the largest crypto exchange in the whole of Europe. At this point, Shiba Inu had already made the rounds across all of the top 10 cryptocurrency exchanges and was moving further down the list.

Bitstamp once again took to Twitter to assure the Shiba Inu community that it still planned to list the digital asset. It is now a week after the first scheduled listing date and SHIB is still yet to debut on the platform. So, Bitstamp has addressed the community, assuring them that they still planned to go ahead with the listing of Shiba Inu and that this was only temporary.

No worries, we haven’t changed our minds!

As you know, we needed to postpone our #SHIBAINU listing. We’ve been having some technical difficulties with the integration.

However, Shiba Inu will no longer be coming to Europe’s largest crypto exchange in 2021. The exchange explained in the tweet that while they were still going to list the altcoin, it would not be happening in 2022.

The meme coin has already recorded an accelerated rate of adoption in 2021 so waiting for 2022 to list on Bitstamp does not take anything from the project. It is rightfully the breakout star of 2021 and has left more than a few crypto millionaires in its wake.