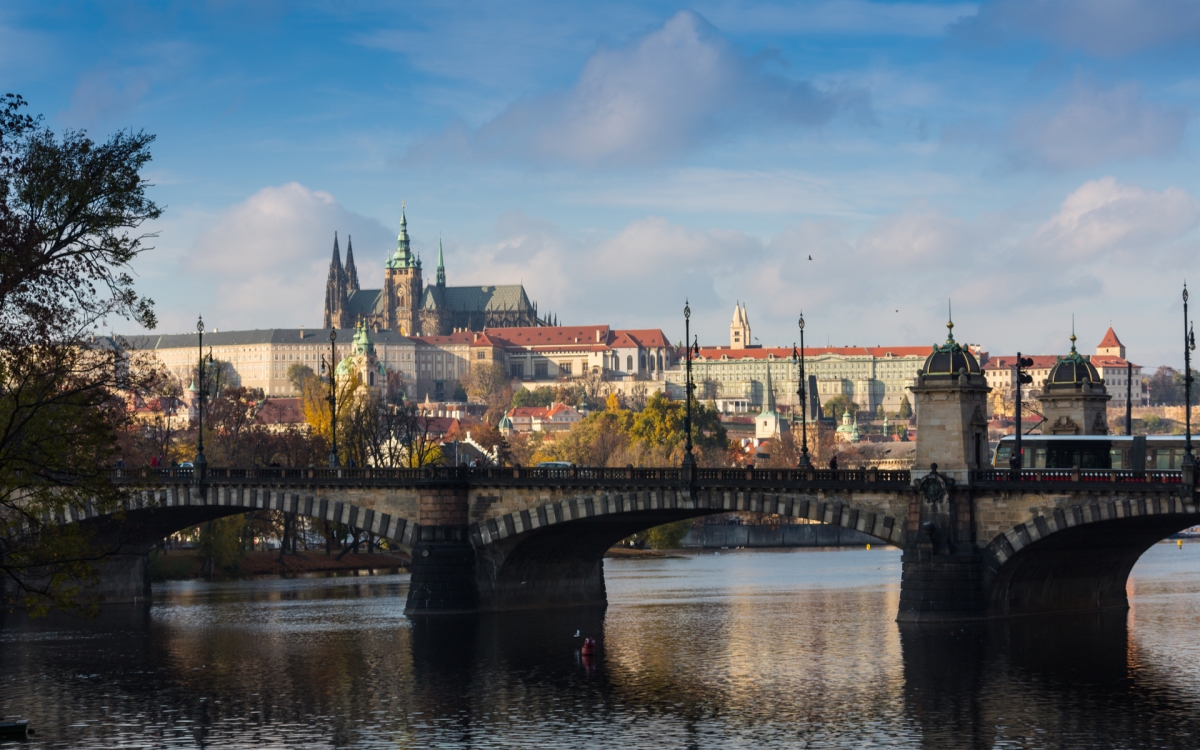 On May 19, the Czech capital hosted the largest conference on digital currencies and blockchain – Blockchain & Bitcoin Conference Prague. 15 speakers from 8 countries discussed the development of cryptocurrencies, blockchain projects in Fintech and Govtech, as well as legislative challenges.

This year’s Bitcoin and Blockchain Conference in Prague was hailed a success, showing the growing popularity of cryptocurrency in the Czech Republic and around the globe. Attendees noted that the turnout was three times bigger (300 participants) than last year.

Open blockchain systems for business were discussed during the report of the CEO and founder of Waves Platform, Sasha Ivanov (Russia). The presented service is designed for digital values emission, assets trading using blockchain, and crowdfunding. The speaker covered such issues as network scaling, optimization of a block size and improvement of the whole system efficiency. 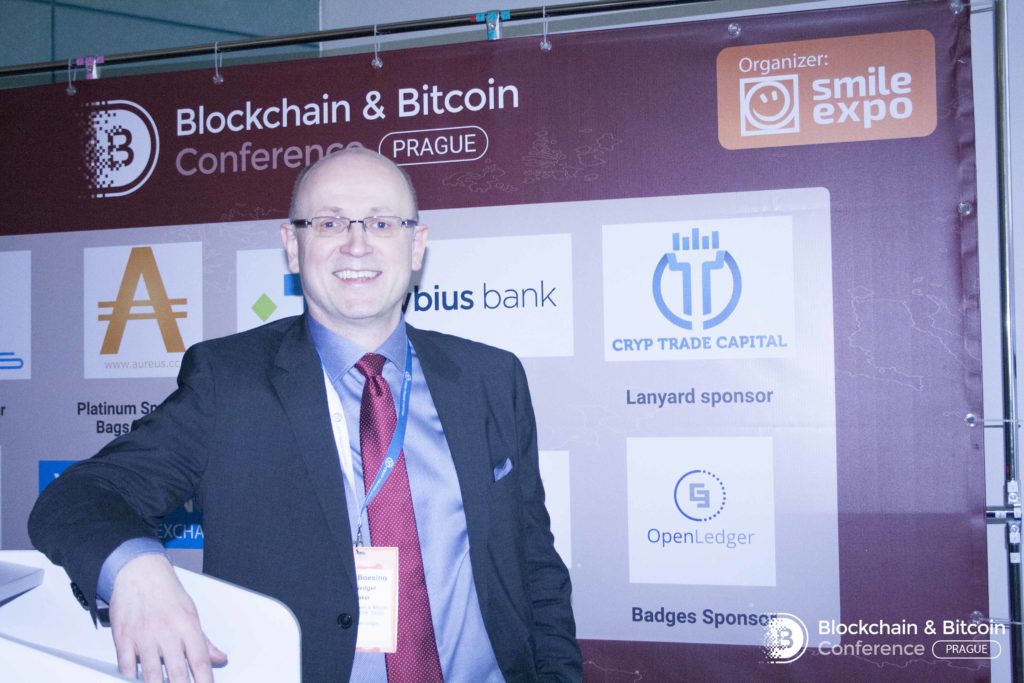 Ronny Boesing (Denmark), the CEO at decentralized conglomerate Openledger, talked about trading, investment and crowdfunding on the basis of this platform.

The challenges of the business community were covered by the owner of Euro Tech Startups and co-founder of Adel, Gabriel Dusil (Czech Republic). He reported about the formation of a professional community and blockchain ecosystem.

The issues related to the development of digital currencies in the banking sector and regulatory policy of the European Union were revealed by the independent expert, specialist in e-payments in the Single Europe Payment Area (SEPA), Ugo Bechis (Italy).

Alternative application of the blockchain, in recruiting and job searching was covered by the head of BitWage, Forbes columnist, Jonathan Chester (USA). The company, which he heads, is the international service for searching remote work and employees that also allows employers to pay salaries in bitcoins without complex technological innovations.

The audience learned how blockchain helps to verify the resume and check applicant’s reputation, as well as how to avoid unnecessary transaction costs when paying salaries to remote employees. 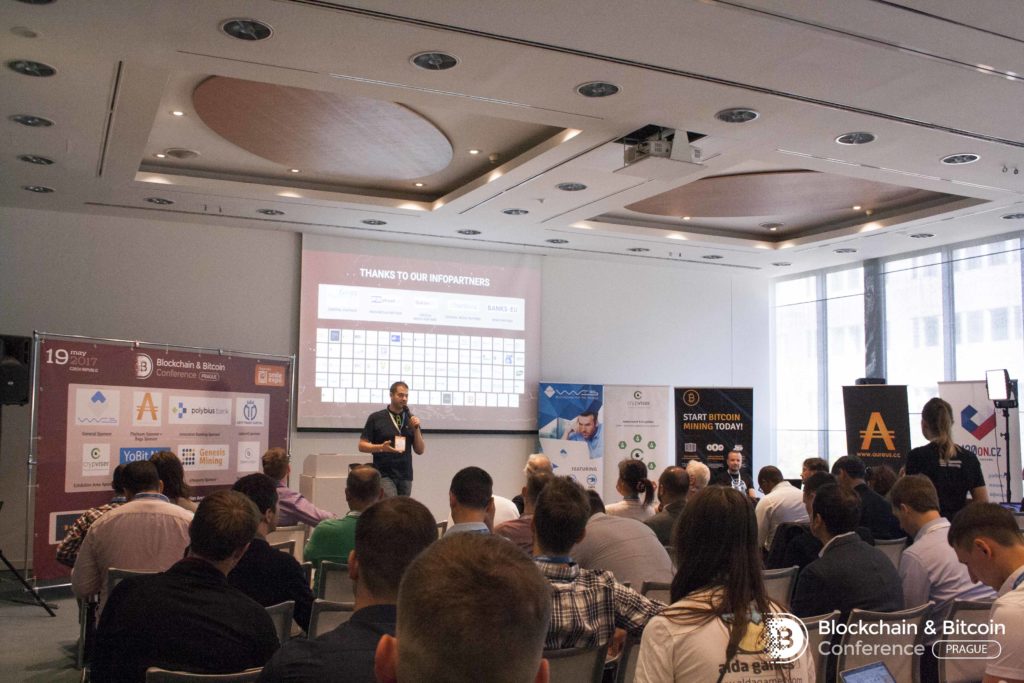 The report of the Crypviser representative, Sergey Sidorov (Germany) was dedicated to the protection of information and confidentiality. He talked about the weaknesses of communication channels, the main ways of interception of data and the ways to automate information transfer with the help of blockchain.

A separate topic of the conference was mining of crypto-currencies. This section featured the reports of such experts as the representative of Genesis Mining, Rodrigo Balam (Germany), who presented a comparative analysis of home and industrial mining, and the participant of Bitcoin Foundation Ukraine, Andriy Dubetsky (Ukraine). Andriy spoke about the profitability of today’s mining and the variety of mining hardware.

Decentralization of the energy infrastructure was covered in the presentations of the co-founder of MyBit.io, Ian Warrall (Czech Republic) and one of the founders of SolarChange Assaf ben Or (Germany). The audience learned about the development of renewable energy systems and shifting to the new types of energy with the help of blockchain.

Ian Worrall also focused on the interaction of blockchain and artificial intelligence, as well as on the advantages of decentralization.

The independent developer Oleg Kudrenko (Ukraine) spoke about the anti-corruption potential of the blockchain technology. He gave arguments for the fact that corrupt officials must be replaced by the decentralized services. 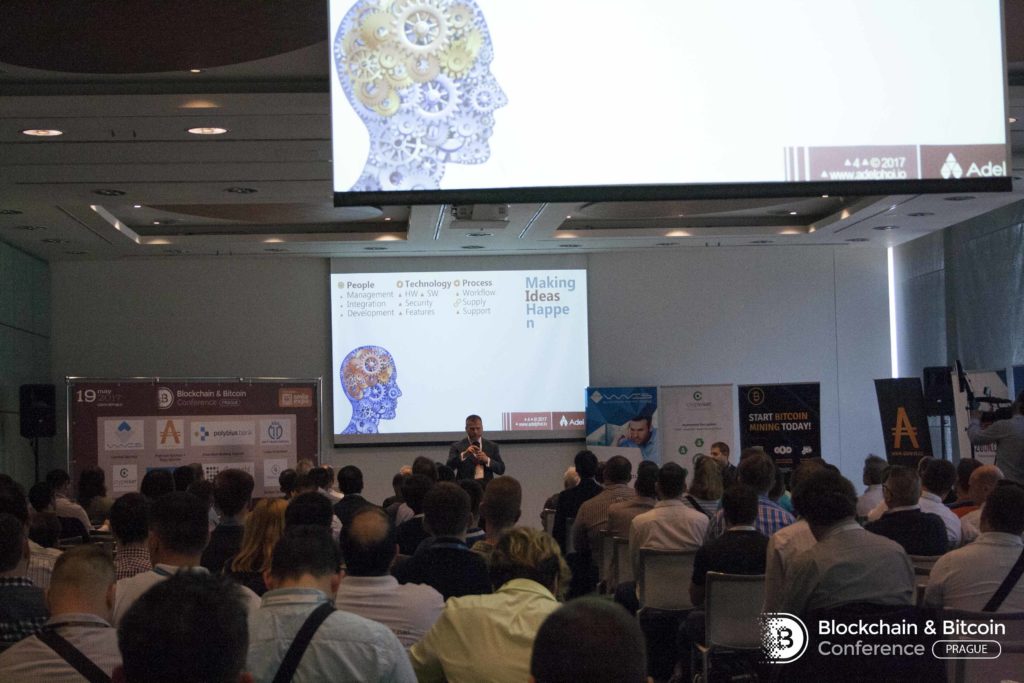 Together with the conference, there was an exhibition of crypto equipment, software and related services.

The products were presented by HashCoins, the hardware manufacturer, Waves Platform, the service for holding crowdfunding campaigns, Solvena, the crypto-currency broker, Crypviser, the encryption system developer, Polybius Bank. the innovative bank, and several other brands.

Organizer of the event is Smile-Expo, the company that holds blockchain conferences in five countries: the Czech Republic, Estonia, Sweden, Russia and Ukraine. The next events for decentralized economy supporters will be held in St. Petersburg on June 22 and Stockholm on September 7.