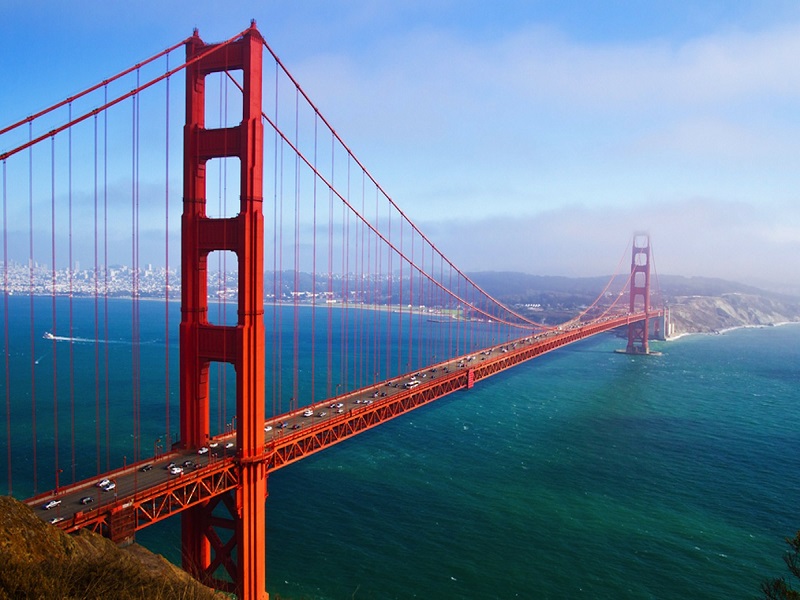 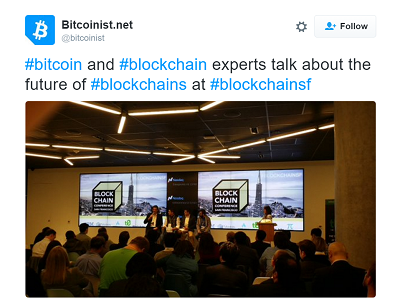 This has been on display early in the year. In San Francisco, two recent blockchain conferences features some of the most influential financial technologists in the space. The first, hosted by Lighthouse Partners, featured banking names interested in the prospects of blockchain for their industry. John Bertrand gave a talk from England in which he focused on how the blockchain could bring value to the banking industry.

The second, the San Francisco Blockchain Conference, brought together technology industry’s and banking industry’s  minds in a discussion of the possibilities and anticipated research directions for blockchain technology.

Much more than at Bitcoin conferences, Blockchain Conferences focus on how distributed systems such as blockchain will be plugged into pre-existing technology and other services, and vice versa. John Wolpert engaged the audience in a thought experiment about what individuals were seeking to do with the technology. Some expressed a desire to test the limits of smart contracts, others discussed their desires to tap the potential of blockchain in anti-money laundering. Interestingly, many people desired increased privacy.  A consistent theme at the conference revolved around the notion of how the blockchain can be adapted to pre-existing banking and regulatory systems. One of the most paper-intensive duties of the the financial industry is the maintenance of know your customer and anti-money laundering databases. Many blockchainers believe this can be solved with technology inspired by Bitcoin. 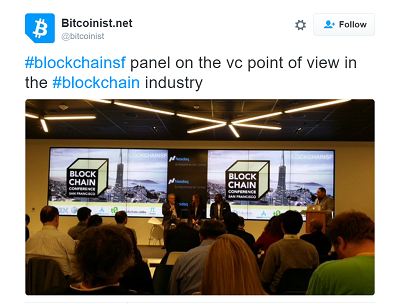 Nevertheless, Bitcoin was almost a bad word at the conference. Tony Vays injected a seemingly anarcho-capitalist view into the discussion. There was even a spat between Vays and Chris Kitze, where Vays argued governments were collapsing and would lose control while the free market would create freer systems. Chris Kitze argued governments had a certain agenda, and seemed capable of carrying it out for the foreseeable future. Of the spat, Kitze later told Bitcoinist.net:

“I enjoyed hearing from Tone and appreciate his thoughts,” Kitze said. “In fact, I don’t disagree with most of his thoughts and I think they are entirely valid for private, non-fiat related currencies.” He clarified that Safe Cash focuses on legally compliant and very practical approaches needed by businesses that touch money.

“We think Bitcoin is great and yes, we do also value freedom, privacy and people’s ability to use their private property as they see fit,” he said. The company fully supports Bitcoin payments with their Unseen project.

“It’s too bad we couldn’t have a full discussion of private currencies due to time limits and it was outside the scope of this meeting,” Kitze said. “Private currencies will likely be every bit as valuable as the widespread legal tender currencies of today. Bitcoin is now widely enough used and it can be exchanged for fiat and those two factors probably move it out of the private currency realm.”

The conference, overall, was considerably pitch heavy. Young startups looking for partners in the heights of technology and finance.

Matt Slater detailed some of the use-cases for blockchain technology: collateral management, wherein collateral payments and margin balances for bilateral contracts are managed in real time; OTC Post-Trade Processing and Settlement, similar to the work of Overstock and t0. As Hedgy explains, this functions to “Trigger auto-settlements when terms are met or collateral is deemed insufficient.” Like Factom, Hedgy also seeks to unveil a platform for land titles and mineral rights.

Teachur seeks to build lessons and courses so people can earn degrees in hours or days instead of months. They want to build a stripped down degree program to made education more cost-effective.

Michael Terpin, BigAngels Chairman and bCommerce Labs managing partner, unveiled interesting information about the Satoshi Roundtable, where at, apparently while Bitcoin Core discussed they would not be interested in scaling soon, people at the conference placed buy orders for Ether, the native currency of Ethereum.

The feeling of the meeting reflected a Bitcoin vs Blockchain sentiment. Chris Kitze, Safe Cash CEO, even said Bitcoin probably wasn’t a legal value transfer model. What is needed? As many participants agree, a layer for anti-money laundering and know your customer procedures.

Both conferences had the feeling that a new industry has started, inspired by Bitcoin, but not beholden to the nascent digital currency.

What do you think about the recent blockchain conferences in San Francisco? Let us know in the comments below!