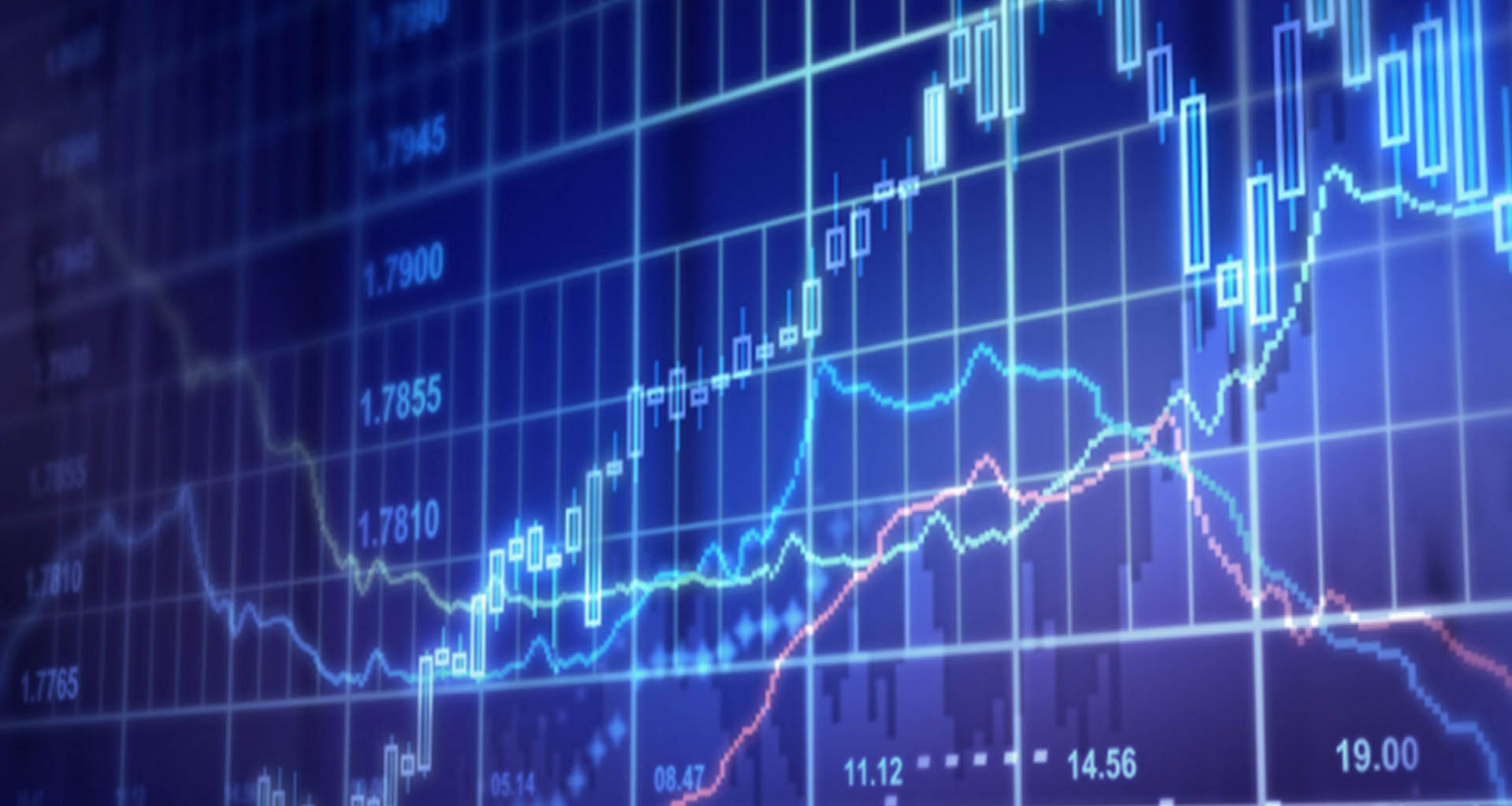 Blockchain investments yield up to 500% returns in 2016

According to SatoshiFundPie, investments in blockchain projects in 2016 were 500% profitable. These returns are result not of daily trading speculations but of smart medium-term blockchain investing, including crowdinvesting.

The 2016 has ended and now we can see it was productive and sometimes disruptive for blockchain industry. It was another year of huge investments in blockchain including VC funds investments, bank investments and of course lots of crowd investment campaigns also known as ICOs or tokensales. So, how to be on the cutting edge, find your luck and not lose your money is an open question. And how to tell a good investment decision from bad one especially in the case of tokensales.

There are lots of investment opportunities in crypto-world which promise  investors 10% to 100% yearly income and even more. In some cases investors may see a story about highly profitable trading on a landing page with 10% affiliate program. In other cases such investment projects may promise you up to 1000% year in US dollars or even Bitcoins. Sure, most of these opportunities are just a gamble most likely based on a pyramid selling scheme.

For those who are new in the blockchain world and can’t distinguish between a scam and a future unicorn, SatoshiPie was created by SatoshiFund. It is a transparent, auditable, and tradable blockchain-based fund that invests in blockchains .

The whole investment process in SatoshiPie is done on blockchain and can be proved using blockchain.

For now there are 1 400 BTC or up to $1,3 million under management of SatoshiPie, and most of these funds are stored under 2 out of 3 multisignature. SatoshiPie portfolio contains 23 cryptocurrencies and tokens including Bitcoin. In 2016 such assets like MaidSafe, Monero, Factom, Golem, Steem, Byteball yielded up to 100% investments return. 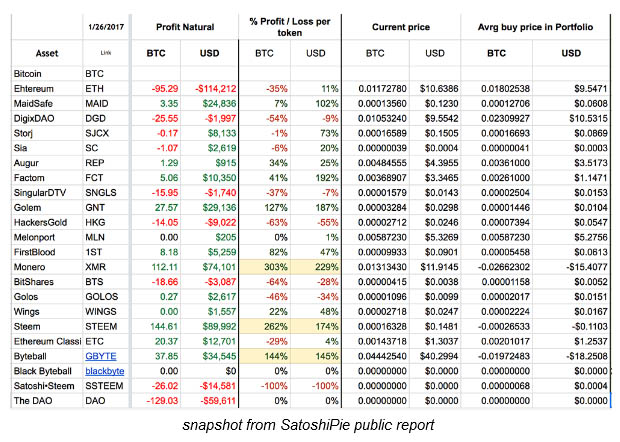 As we can see from data upon, the most profitable asset in 2016 was Monero (XMR ticker) with 229% profit in USD and the most unprofitable asset is SatoshiSteem token. Even Ethereum despite having a bad year brought 11% to its investors by 2016 end.

The key feature of SatoshiPie is ability for investors to invest in several projects using one token – SPIES which is backed by fund portfolio. SPIES is issued on Bitshares and is available for exchange on OpenLedger platform. SatoshiPie was built as a fully transparent system without any hidden data or operations.

According to the Whitepaper, SatoshiPie’s investment strategy is based on 5 principles:

SatoshiPie established in early 2016 as a side-project of cyber.Fund, a blockchain investments tracking and rating system. cyber.Fund team also stands behind Russian version of decentralised content platform named Golos. Golos was launched at the end of 2016 and exploded with the most massive local crowdsale in post-soviet states  crypto-world (around 600 BTC or nearly $500 000 according to BTC price at the end of crowdsale).

How to invest guide: https://steemit.com/blockchains/@hipster/how-to-invest-in-satoshipie