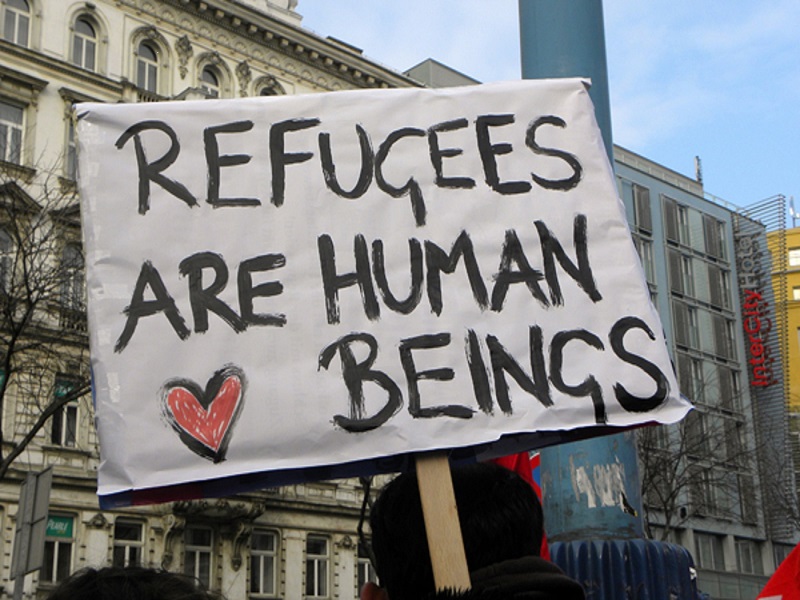 Syrian and Iraqi refugees have fled war torn nations for Europe, leaving authorities in Europe overwhelmed. The process has been described as chaotic, and Europe is divided over how to handle the influx of refugees. One possible solution is refugee registration with the blockchain.

A group of young Spanish hackers, calling themselves NevTrace, wants to streamline how refugees make it to, and assimilate in, new lands. The team has devised a platform featuring aspects of the Bitcoin technology to register all refugees fleeing the war in Iraq or Syria on a blockchain. 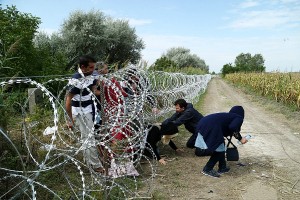 The reality is such: not only could a technology, which uses blockchain features, be used in order to track and register refugees, but, also, it could potentially help them assimilate over the long term into their new countries thanks to its attributes as a database. If there are children involved, the data accumulated on the blockchain registration system could give a clear history of where the child has been, and, possibly, any other desired information.

The young group of Spaniards are working on a blockchain-inspired platform to aid NGOs working to manage migration flows and to respond more effectively to their needs. The initiative emerged during the last edition of HackforGood, an event sponsored by Telefónica, and focused on creating solutions to real problems. The sole Spanish blockchain laboratory, NevTrace, won and launched ‘Ghaya,’ or ‘destiny’ in Arabic.

Over a day-and-a-half, the team developed the winning idea: to apply the blockchain, peer-to-peer technologies, and distributed teams to assimilation. In terms of registering refugees, this strategy is intended to assure that data cannot be tampered with, because a copy of the database is distributed across many machines.

The platform will ensure organizations and associations working in the field could include data on the refugee blockchain , such as family data, contact details, past travel, visas – anything. Governments will be able to research the data on the software and better understand migration flows, and thus distribute more efficiently humanitarian aid or carry out other needs. NevTrace is also considering making it possible to store biometric information on the network as well.

The team believes this system is better than those of nation-states and the European Union because, since the data is stored in a distributed manner, it cannot be tampered with, giving authorities confidence that the records they’re keeping are accurate.

Blockchain technology is not new to the NGO space. Bitcoin is accepted by the NGO Action Against Hunger. And NevTrace is hardly the first Bitcoin company to see the potential usefulness of the blockchain in managing the movement of refugees. Bitnation offered refugees an emergency digital ID based on their system (which would not be recognized by governments), as well as a Bitcoin visa card to receive funds from family. The program hasn’t caught on, it seems, and founder of Bitnation Susanne Templehof explains that the Blockchain Emergency ID is a rudimentary ID based on blockchain technology.To this point, Bitnation stood largely unparalleled in its focus to bring blockchain-featuring services to the movement of refugees. No longer.

The UN High Commissioner for Refugees posits the number of Syrian refugees coming to Europe could be as high as 400,000. Over the next five years, the UK has committed to take in as many as 20,000 refugees. President Obama offered refuge for no fewer than 10,000 displaced Syrians. The blockchain could potentially streamline this process, and that’s exactly the project which NevTrace has embarked upon.

What are your thoughts on the ways in which the blockchain could help refugees? Let us know in the comments below!