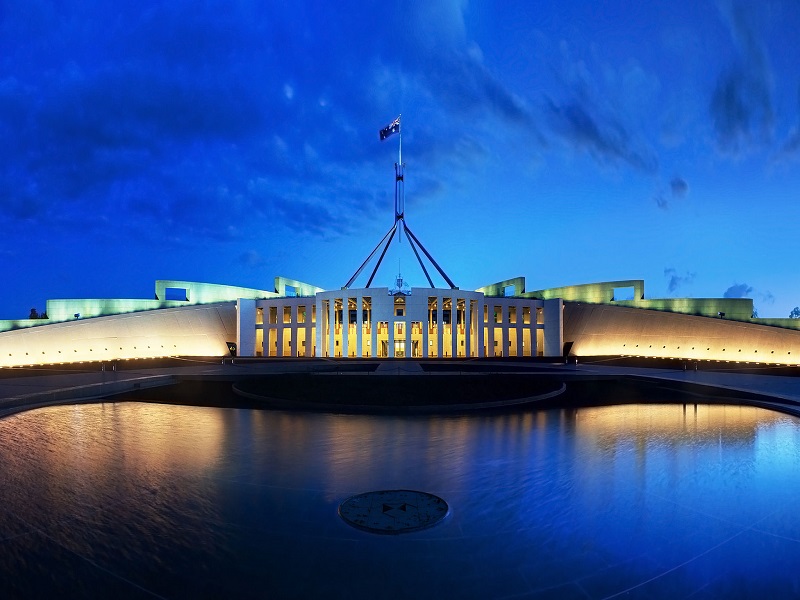 A party standing in next week’s Australian election wants to hand voting power directly to its members, exercising and trading political power with verifiable transactions on the Bitcoin blockchain.

The party, called Flux, is running 13 candidates for the Australian Senate (the parliament’s upper house) in the federal election to be held on July 2nd, 2016.

Flux’s ultimate vision is idealistic and ambitious: it seeks to completely replace the representative systems that currently govern the world’s democracies. It wants to give people a direct say on issues they care about and rid legislatures of party politics — eventually, even politicians.

“Our politics is MIA. It’s DOA. Even worse, it’s DOS,” reads Flux’s website, comparing the current system of government to a legacy operating system that has long outlived its usefulness.

The party publishes its support statistics publicly. It currently has over 3,100 official members, and has received a decent amount of media coverage for a new party thanks to its unorthodox ideology.

Political Party as a Bitcoin Startup

Flux was co-founded in 2015 by tech entrepreneur Max Kaye, one of the original members of the Bitcoin Association of Australia, the country’s leading Bitcoin advocacy group.

Kaye and current BAA president Adam Poulton are both running as Senate candidates.

Poulton has also been a long-time bitcoin lobbyist in his home town of Launceston, Tasmania, where he led a drive to install ATMs and convince local businesses to accept bitcoin.

The Flux party is actually run by a partner startup company called The Flux Startup Pty Ltd., which develops the software. The startup raised an initial $270,000 AUD ($202,200 USD) seed funding and could eventually sell its system as a product to other organizations.

Flux released its minimum viable product (MVP) for the voting system in May 2015, and has since focused its efforts on building the party base and campaigning.

How It All Works

To implement the first stages of its grand plan, Flux needs to elect a sitting member to the Senate – or failing that, to any other democratic legislature, board or organization.

From there, cutting-edge technology takes over. Participants download and register with the Flux app on a smartphone via a “light validation process” to ensure only those legally allowed to vote can do so.

For each issue on which a vote is required, Flux distributes one-off voting tokens to each user. These can be kept, or traded to other users who may know or care more about the issue.

Then there are additional “liquidity tokens” that voters can collect to use on issues they care about, or have personal expertise on. These are distributed in a way Kaye says is “a bit like universal basic income” and designed to be inflationary in value, to prevent individuals from accumulating too much power over a long period of time.

Vote Only if it Means Something 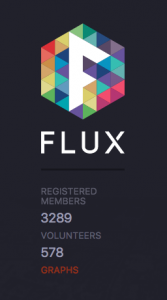 Kaye told Bitcoinist that Flux only wants the politically-engaged population voting on each issue, and that there are “a lot of good, boring ideas” they needn’t waste time on.

Rather than bog users down by demanding decisions on every single vote, they may opt out or transfer their tokens to other users.

Both voting and transfers are recorded in bitcoin transactions and are therefore auditable on the blockchain. Users can record transaction data directly for relative anonymity, or notify Flux of their decisions in a provable way (eg: via the Interplanetary File System) for the party to collate and upload in a single large transaction.

Kaye said Flux wants stakeholders to vote not only on major issues, but also on amendments to existing laws and procedural matters intended to make politics more efficient. That’s where the ability to transfer votes comes in handy.

“At GitHub, if you want to fix something you just submit a patch and apply it, you don’t re-write all the software.”

In future, though, Flux would like to see entire legislatures replaced by its distributed voting system — without the need for sitting human members at all.

“This is just the start of a complete replacement of the representative legislative process… the end goal is to change the Constitution itself.”

Handing voting power to the people, and letting them do the political horse-trading themselves, could save a country like Australia up to $2 billion a year by replacing the parliament, most of its members, staff and surrounding bureaucracy, Kaye said.

Countries could essentially use a system like Flux to outsource its legislative process, funding its development by paying for “democracy as a service to the State” while remaining 100 percent free for all users.

To win a seat in the Australian Senate usually requires about 11 percent of the vote. Due to idiosyncrasies in the Senate’s proportional/preferential system, however, and the fact that the entire Senate is facing election this time around, mean parties can conceivably win with far less.

The balance of power between the two major parties is usually held by minor parties or independents, sometimes even by one or two individuals. Were such a political perfect storm to happen, Flux could find itself playing an important role.

Though Flux’s blockchain and vote-trading approach is unique, it’s not the first organization to test the waters of direct democracy.

A party originally known as Senator Online — now Online Direct Democracy— contested Australian elections in 2007 and 2013, but gained only 0.06 percent of the national vote. It will stand again in 2016.

There is also Argentina’s Partido de la Red (Net Party), which took 1 percent of the vote in Buenos Aires’ local elections in 2013.

Kaye noted that, like cryptocurrency, the idea of direct democracy is not new but the technology to make it possible (and even better) is only just being invented. Flux wants to take the concept even further with its vote-trading system.

“Direct democracy empowers people, but it doesn’t empower any one person,” he said. That’s what Flux is trying to achieve.

Would you vote for a party like Flux? Does bitcoin/blockchain technology offer a better chance for people to govern themselves?