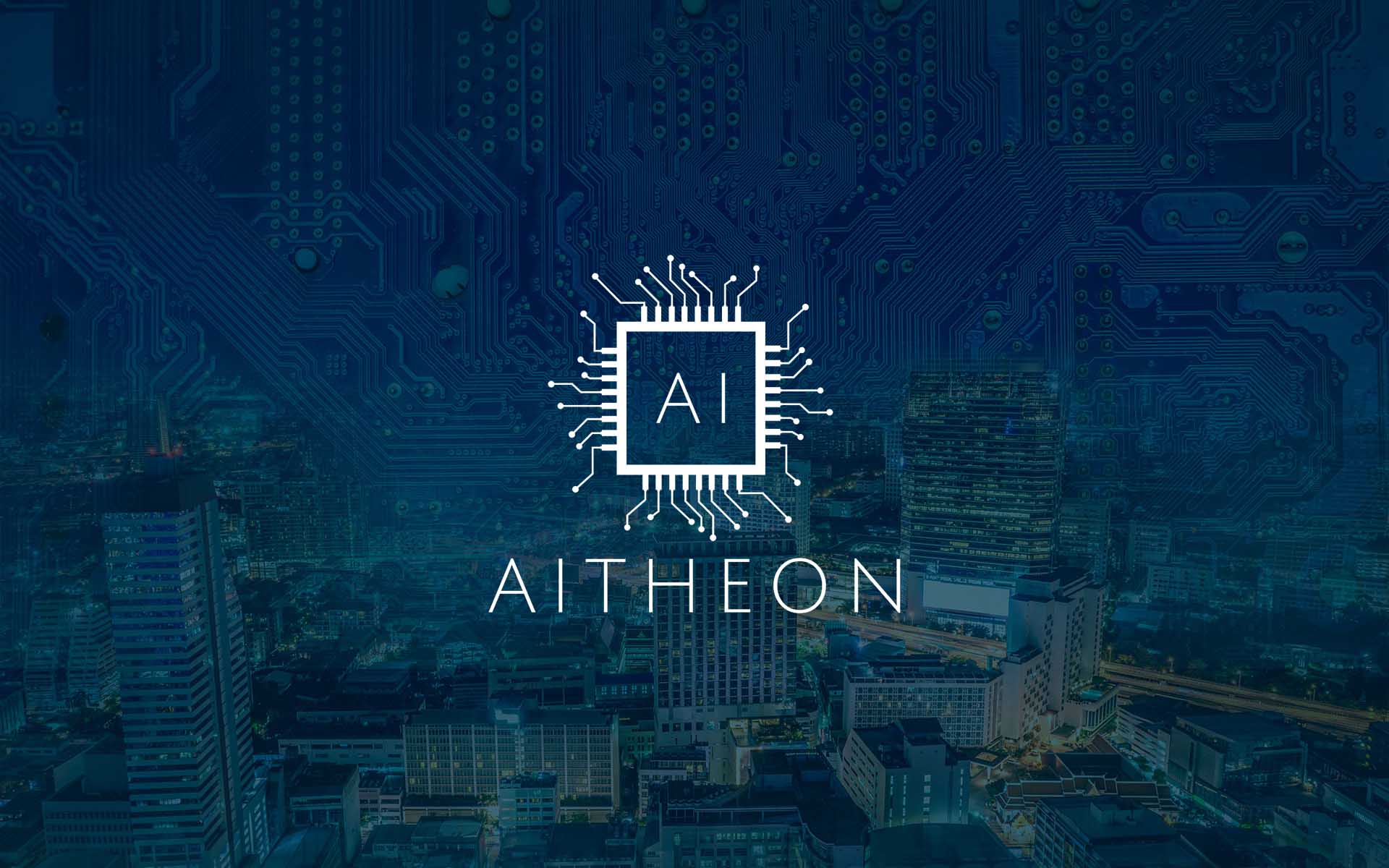 Blockchain Platform Would Create Symbiosis of Humans, AI, and Robots

Blockchain creates a symbiosis between humans, artificial intelligence (AI) and robotics that would bring many new jobs. That is the belief behind Aitheon, a new Ethereum-based platform.

“The idea of human/robot symbiosis is that both humans and robots have a place and that place is together,” Aitheon creator and CEO Andrew Archer said. Aitheon has developed a number of blockchain applications that will allow for the remote operation of robots by freelance workers.

Freelancers will be able to control operations from a distance as “pilots” on the Aitheon platforms. Another position will be that of AI specialists; individuals that step in and solve problems for AI.

“The pilot can link in and take control of the robot and guide it,” Archer revealed. “Everything is distributed. A pool of workers is available to take over when the AI or robot fails.”

The workers will be paid with Aitheon’s Ethereum-based utility token (AIC). Individuals will mine AIC when they perform tasks on the Aitheon platform.

A presale for the AIC Token started on January 18 and is scheduled to end on January 31, Chief Strategy Officer Ryan Burleson revealed. A token generation event and public rollout of the Aitheon platform are planned for March.

Anybody will be able to operate a robotic arm using Aitheon’s platform at the North American Bitcoin Conference in Miami on January 18, and 19, Burleson revealed. The arm, a materials handling robot, and a remote-controlled Jeep Rubicon operated through the platform, will be on display at Aitheon’s booth at the Conference.

“Everybody will be able to walk up and pour themselves a beer with a robot,” Burleson said. The robot is what Aitheon calls a Mechbot, a standard robot arm that will be operated through the platform.

The idea behind the platform is that remote workers will be able to generate extra cash by directing robots to perform tasks too complex for AI or their programs.

Meet the Digibots, the AI Designed to Save Small Business

Humans will work with AI-based intelligent digital agents, or “Digibots,” on the Aitheon platform. The Digibots are digital representations of robots that can perform a wide variety of tasks for small businesses.

“A Digibot example would be an accounting robot that takes care of your accounting through the Aitheon platform,” Burleson said. The platform would enable human freelancers (Specialists) to step in and handle problems the Digibot is unable to deal with.

Examples of Digibots include accounting solutions and automated payment systems, Burleson explained. The plan for the Digibots to do all the back-office drudgery needed to keep a business running.

“The people will have a greater satisfaction if we can get rid of the drudgery from the jobs,” Archer said.

“They’re going to be able to use the tools that have only been available to big business,” Burleson said of entrepreneurs that use the Aitheon platform. “They’ll be able to create their own robots or use other company’s robots on the system.”

Individuals will even be able to sell customized solutions for robots through Aitheon or rent the services of robots at other locations. Businesses will go onto the platform to buy those services, or hire pilots to run their robots. Firms would also be able to hire human specialists to back up the Digibots through the platform. 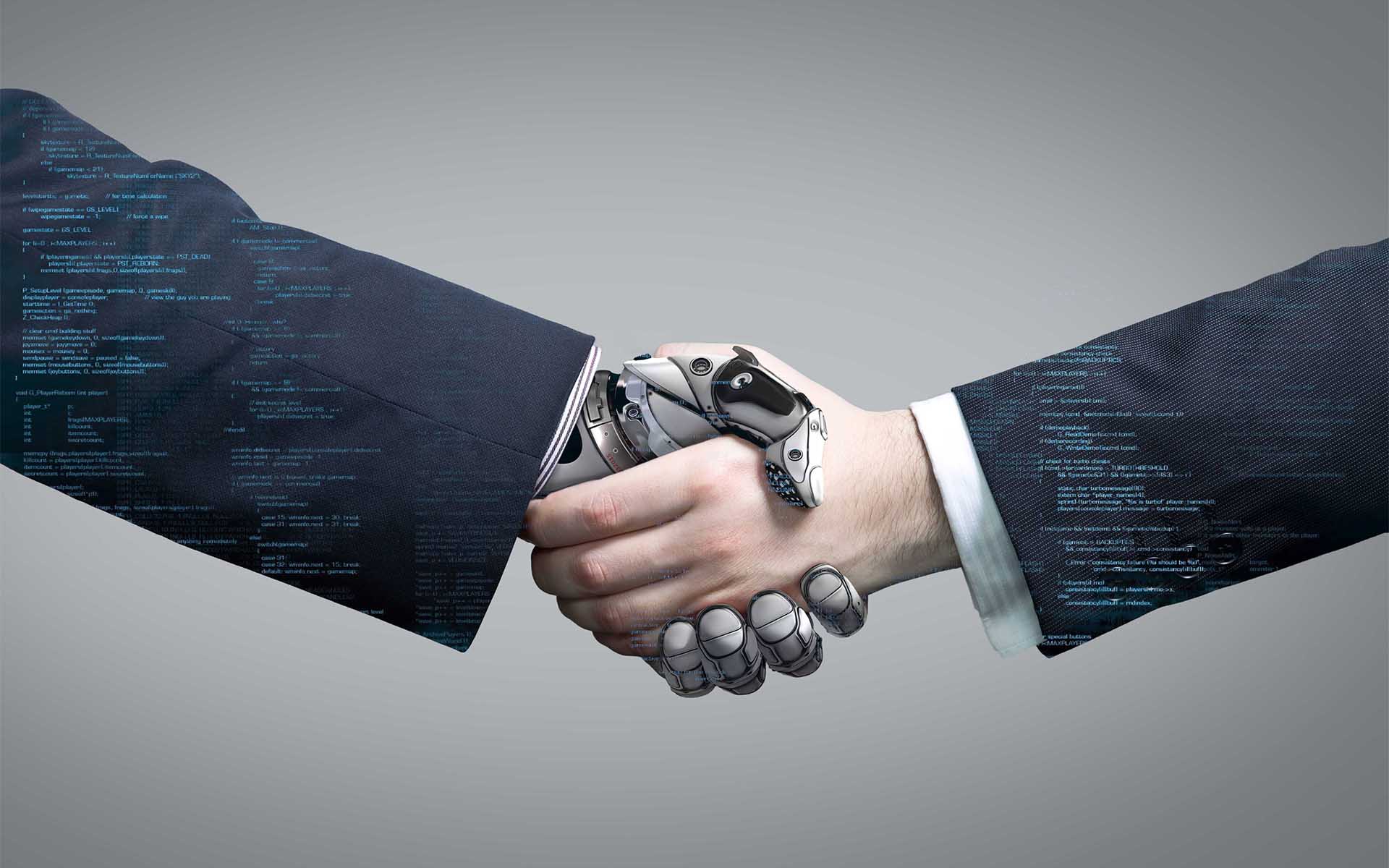 Aitheon Wants to Create Jobs with Robots and AI

“We need to find that middle ground where humans enjoy working with robots,” Archer said. Aitheon is designed to create jobs with robots and AI and eliminate the need for solutions like basic income.

Archer got the idea for Aitheon years ago while working in the auto industry. He saw some of the first industrial robots installed in car factories and attacked by workers. That inspired Archer to create a solution to help people and robots get along.

“People do not like robots,” Archer admitted. Yet he also noted that most of us are surrounded by robots. Devices like smartphones and dishwashers are really robots, he pointed out.

“People deal with robots every day,” Archer said. “The robots have created additional jobs as well.”

Archer wants to teach people to love robots by turning them into job creation machines. He believes such machines will be needed because of all the jobs robots may replace.

“We’re going into an era where the average person’s job will be replaced,” Archer said. He wants to help people deal with that by supplying new job skills via Aitheon.

“We’re essentially retooling the workforce,” Archer said. “These workers can become specialists and pilots. There are different ways humans can work with this technology.”

Using Aitheon, individuals would be able to change their lives by learning to use robots to develop new skills and businesses. This can replace the jobs lost to automation.

“Most of the industries in the entire world are based around robotics,” Archer said. “We are entering the era where robots create jobs.”

Two of the areas where the symbiosis can create jobs are in self-driving vehicles and automated stores.

“Will be able to traverse difficult terrains,” Burleson said. “Everything performed great until we actually broke the steering box of the vehicle.”

Once the steering box was broken, a human driver had to take the steering wheel and drive the Rubicon home. The autonomous Rubicon is supposed to demonstrate Aitheon pilots’ ability to operate vehicles in hazardous environments.

“We are in the midst of signing an agreement for the driverless system,” Burleson said. He was unable to reveal the other party in the agreement because of a nondisclosure agreement (NDA).

Self-driving vehicles are not the only use Aitheon is planning for its blockchain technology. Burleson and Archer think it can be applied in stores, restaurants, and even hotels.

“We have developed a completely automated store,” Archer announced. The store is similar to the Amazon Go concept in Seattle and might be rolled out as soon as April 2018. Amazon Go uses a combination of sensors, wireless technology, and payment apps to eliminate the need for cashiers.

Also in the works are automated parking systems, automated receptionists, automated payment systems, material handling, and logistics. Details of those plans cannot be revealed because of NDAs.

Going Beyond the Internet of Things

The Aitheon platform is very different from the much-hyped Internet of Things (IoT), Archer said.

“Internet of things is some smart components,” Burleson pointed out. “You’re just controlling over the internet. No autonomy, no robotics, just smart devices.”

An IoT thermostat may just adjust the temperature in a home by remote control, Burleson explained. A thermostat using Aitheon AI would be able to detect when the resident is coming home via GPS and adjust the air conditioning or heat to meet her preference.

The Aitheon platform will give the public far more control than the IoT.

“We want to put the power and features back in the hands of the individuals that use it,” Burleson said. “You can request new features and improve the features,” and “request that software is changed or adjusted for you, “through the Aitheon blockchain.

The Aitheon platform will include communities of creators that will let average people change the software to fit their needs, Burleson predicted. Individuals will be able to refine the software and AI and create additional products.

There will even be a pool of funding for the projects available through the Aitheon blockchain, Burleson revealed. The biggest advantage of Aitheon’s solution is that it “gives the power to the individual to make the system better.”

ICO Investors Will Get a Sneak Peek at the Aitheon Platform

There are two ways to get a sneak peek at Aitheon’s technology right now. You can drop by the Aitheon display at North American Bitcoin Conference in Miami on January 18 and 19, or invest in Aitheon’s AIC token presale.

People that buy AIC tokens in the presale will get access to the Aitheon platform, Archer revealed. Those who buy the tokens will actually be logging into the platform and using it.

Everybody else will have to wait until March when Aitheon will announce the dates for its ICO. The company’s current plan is to roll the platform and the rest of the technology out in March.

The platform has been under development for a long time, Archer revealed. He started working on it seven years ago, just after the first cryptocurrency (Bitcoin) was created.

Archer’s interest in robotics goes back longer.  The CEO said he has been working with automated systems “since I got my hands on my first microcontroller when I was 12.”

Persons who are interested in Aitheon’s blockchain can learn more about the company’s plans and buy tokens at Aitheon’s website. The Aitheon presale began on January 18 and will run through January 31.

What do you think of the Aitheon platform? How will it impact jobs creation in the blockchain and AI spaces? Let us know in the comments below.