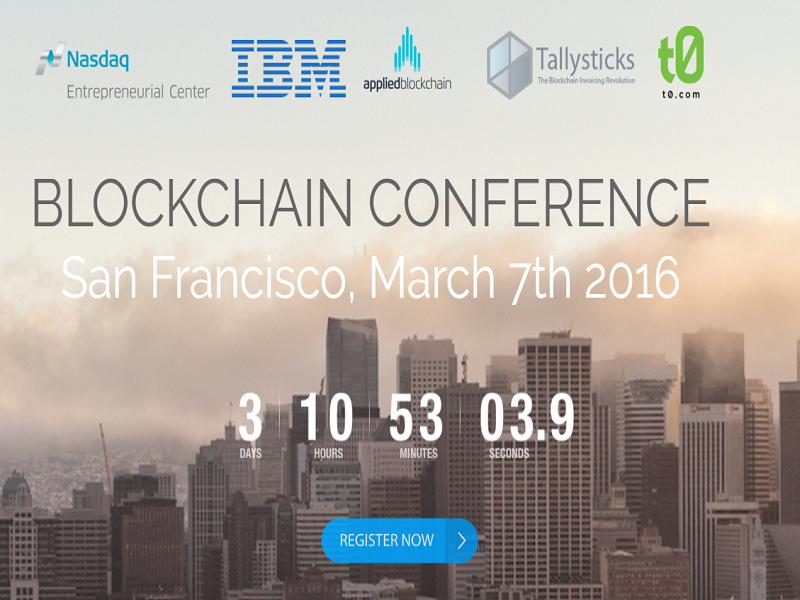 Blockchain SF Event to Be Hosted at Nasdaq Center

Blockchain SF is taking place at the Nasdaq Entrepreneurial Center at 505 Howard Street in San Francisco on Mar. 7, featuring “a day of inspiration, talks, panels, demos and plenty of time to engage with attendees and speakers.”

Disclaimer: This is a press release. Bitcoinist is not affiliated with this organization and is not responsible for its products and/or services.

Over a dozen speakers will be featured throughout morning and afternoon sessions of Blockchain SF. Speakers include:

Jae Kwon, CEO and founder of Tendermint is also one of the conference’s featured speakers. He will be talking in Blockchain SF’s morning session that kicks off at 9:45 a.m., entitled “Bitcoin vs. Blockchain.”

“I’m looking forward to the Blockchain Conference,” Kwon said. “We’re working on new [Tendermint Socket Protocol] applications relevant to the discussion that blends the boundaries between public and private, tokenless and tokenful.”

A pivotal aspect of TMSP is its versatility allowing you to create blockchain applications easily in any language. In addition, the technology utilizes a consensus protocol that requires no proof-of-work mining, which is a stark contrast to Bitcoin’s transactional network.

Tendermint has been gaining momentum lately with its approach to Blockchain consensus while the word Blockchain itself has been an emerging topic in the FinTech world.

“This event brings together leaders from the blockchain industry to the broader FinTech world discussing the latest innovations and developments, from decentralizing technologies to a cross-section of financial applications,” says Lisa Cheng, Vanbex Group CEO and one of the conference’s featured speakers.

“In terms of use case applications blockchain was just being defined a year ago, with new ideas constantly emerging. In the future we will see blockchain implementations everywhere working behind the scenes.”

Cheng will be delivering a talk on the future of blockchain during the conference’s afternoon session which starts at 3:30 p.m.

Vanbex is a full service crypto firm providing Bitcoin and blockchain professional services to a growing host of clients. Established in 2013, Vancouver-based Vanbex works with companies and organizations across the globe, helping guide some of the most innovative and successful in the industry. www.vanbex.com