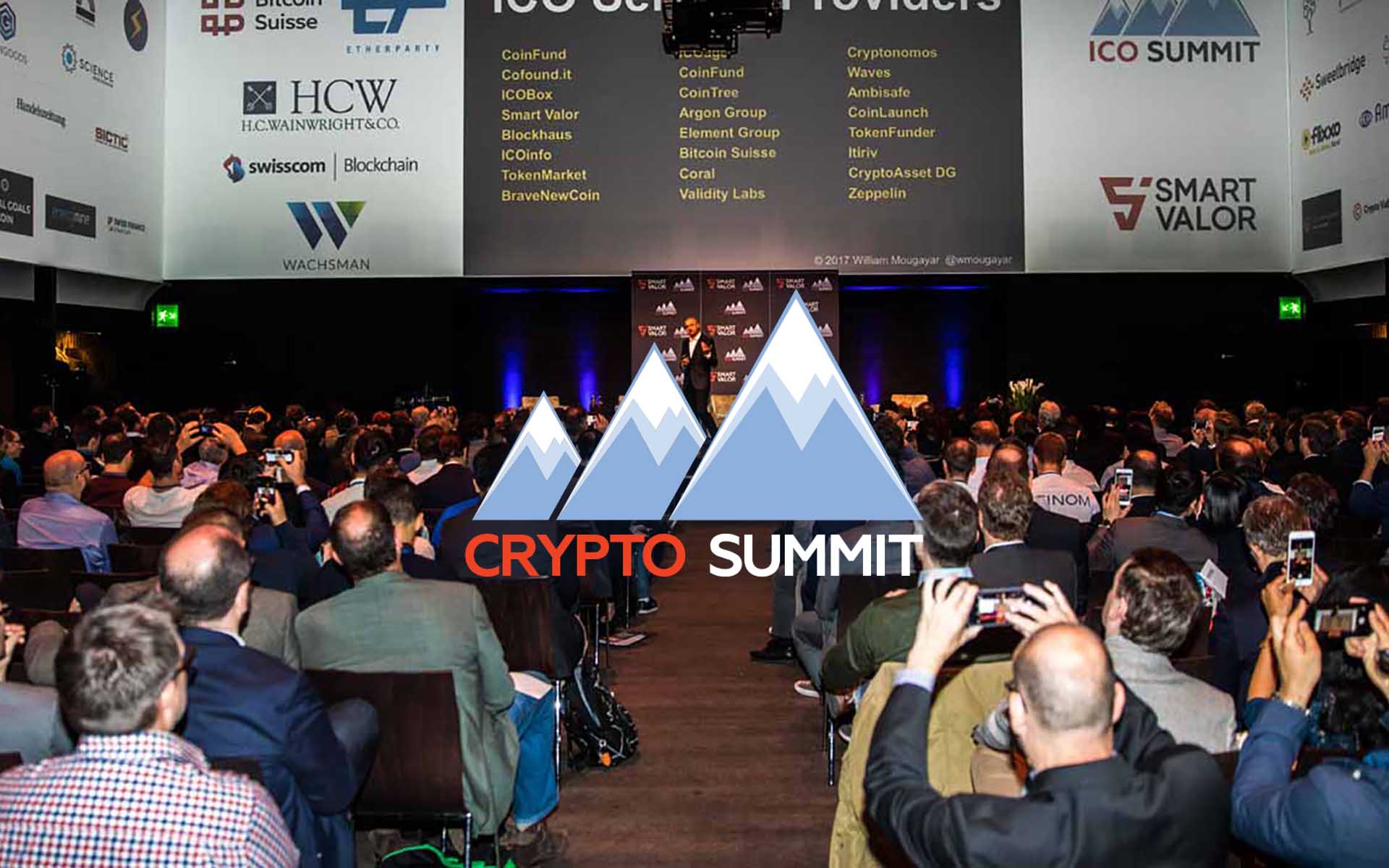 Switzerland set to become the ‘epicentre for crypto’ with Crypto Summit leading the way.

ZUG, SWITZERLAND – Following the success of last year’s event, SMART VALOR is pleased to announce the return of The Crypto Summit being held in Zurich on the 28th of March. The Crypto Summit (formerly The ICO Summit) will be held for its second time, with a two-track agenda on leading topics in cryptocurrency.

Switzerland’s Economic Minister, Johann Schneider-Ammann, announced last week that the nation’s focus on crypto has moved beyond the Crypto Valley and should now refer to the entire country as a ‘Crypto Nation’. This was a demonstration of commitment from the highest political level for the establishment of the crypto industry in Switzerland.

The conference this year will focus on how Switzerland is best positioned to become a global leader in cryptocurrency. This conference, first held in September 2017, became the first international conference in Switzerland dedicated to blockchain crowdfunding. It became a global event, with 85% of speakers coming from outside of Switzerland, and over 30 countries represented among the 500 attendees. A further 2,000 attendees tuned into the event via live stream, which opened with a keynote from William Mougayar, one of the key thought leaders in the crypto financing field.

The Crypto Summit will expand on the previous event’s colorful programme of workshops, keynotes and panel discussions, including two new tracks: ICO & Investment Track and Tech Track. The event will be held in Switzerland’s newly built, high-tech conference center, Samsung Hall. This year’s summit is set to bring together some of the biggest names in crypto funding to share their experience and best practices for successful ICO execution.

“We are building on the incredible success of last year’s Summit, where we received overwhelmingly positive feedback,” says Olga Feldmeier, CEO of SMART VALOR and founder of The Crypto Summit. “The event is held in the epicenter of crypto – making this the best place for blockchain start-ups or investors to see where the industry is headed. We’re excited to see the progression and turnout of this year’s event. Being one of the founders of Crypto Valley and active here since 2014, for me, it is a great pleasure to see it growing year-on-year. With support from influential figures like be Johann Schneider-Ammann, Switzerland is well on its way to becoming a global hub for crypto business.”

This year the conference will double in size, expecting over 1,000 participants from around the world. The speaker line-up includes top leaders of the industry, including Vinny Lingham, a Silicon Valley entrepreneur and CEO of Civic, whose popularity rankings recently brought him to one of the top 5 people in the blockchain industry worldwide.

I see a growing need for the establishment of specialized crypto hubs with a recognized regulatory environment and global exposure. Switzerland seems to be on its way to becoming such a hub and I am excited to contribute to it.

Early-bird tickets are still available on the www.cryptosummit.ch until the 15th of February.