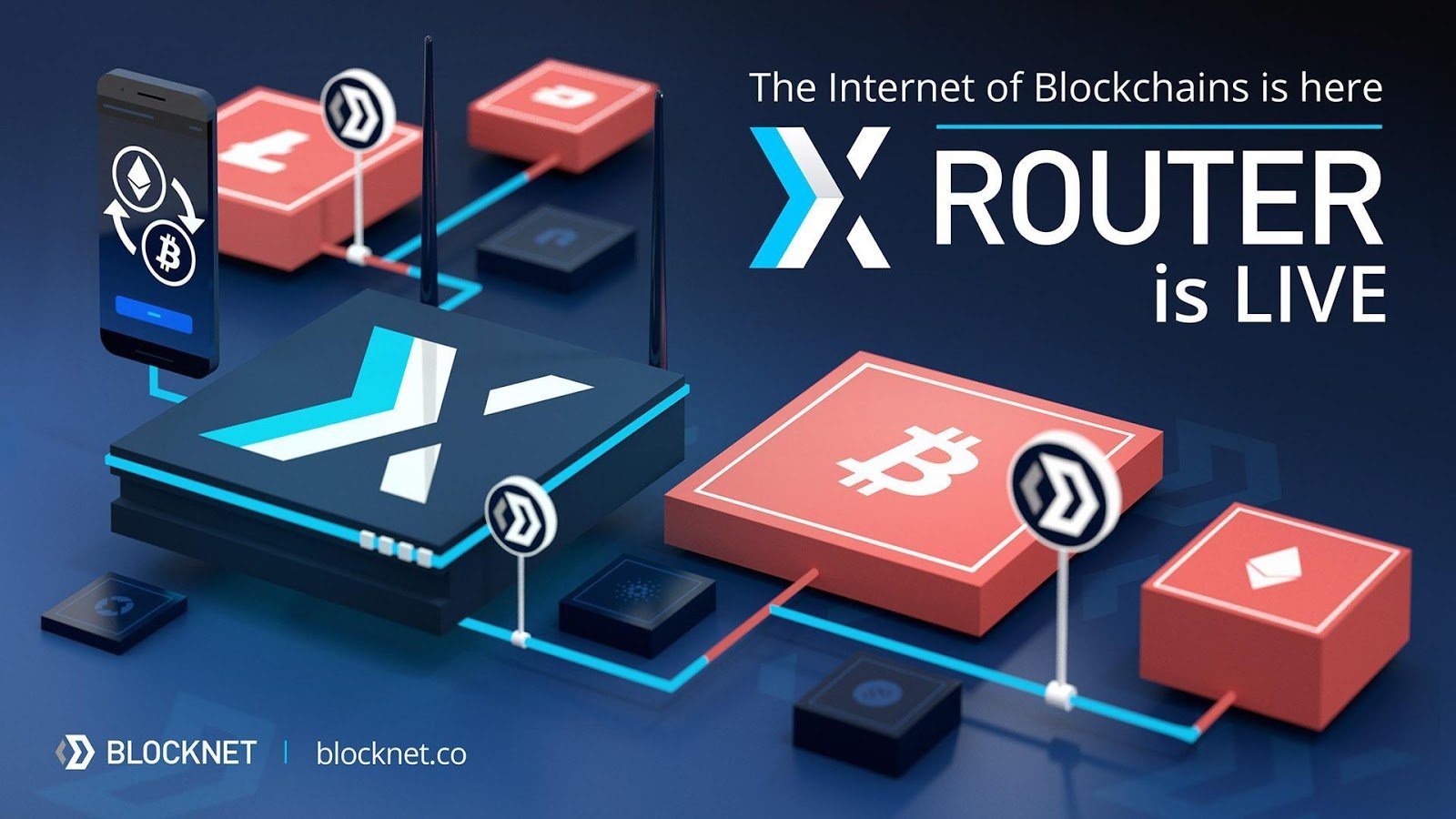 Austin, 20th August — Blocknet has released the Alpha version of XRouter on mainnet, a revolutionary, first of its kind “blockchain router,” that will act as a backbone for the coming “internet of blockchains”.

XRouter enables cross-blockchain communication without the requirement of downloading even a single blockchain. Forming a part of the Blocknet Protocol, it acts as a “lite wallet” backend and is the first ever inter-chain SPV technology, taking Satoshi Nakamoto’s “simplified payment verification” into the inter-chain sphere and making blockchain data verifiable via simple API calls. This has the potential to completely revolutionize the blockchain ecosystem because while there are hundreds of blockchains that are designed to solve specific problems, these blockchains remain isolated from one another. Currently, blockchains are unable to synergistically utilize each others’ unique properties and features. XRouter is the missing link between blockchains, poised to usher in the next generation of multi-chain architectures that are needed to deliver the true power of blockchain technology to real world applications.

Blockchains in the real world

In many industries it is not feasible to download whole blockchains to utilize their varying technologies in decentralized applications (dApps), yet the typical workarounds involve trusting a third party and sacrificing the very decentralization that people seek to utilize. Blocknet has solved this by offering a lightweight local SPV solution and a peer-to-peer network of decentralized nodes functioning as an infrastructure for SPV verification for any amount of blockchains.

In real world terms, such as healthcare for example, electronic health records are spread across disparate applications and patient records are often lost. A dApp for tracking healthcare records across various systems could tie in 3 existing blockchain services: Using DigiByte’s DigiID or another identity blockchain service would allow for the cryptographically verified authentication of users of the dApp, Siacoin or Colossus Grid could be used to incorporate storage and hosting solutions, and a microservice can be used to provide payment in other denominations such as BTC or almost any other coin. Beyond tailor-made custom dApps, in a wider context XRouter also provides the ability for smart contracts to service the entire blockchain ecosystem rather than just the users of a single blockchain. Developers could utilize Ethereum smart contracts for applications on Syscoin or to trigger interactions on Bitcoin or Qtum.

Blocknet provides a simple and powerful API to build previously impossible multi-chain applications that combine services on compatible blockchains, all while remaining 100% trustless and decentralized. Currently, over 100 blockchains are compatible.

The API documentation can be viewed here.

To see the potential of the Blocknet Protocol, Blocknet has built a decentralized exchange: Block DX, the first dApp to be built entirely on these APIs.

Forthcoming milestones on the Blocknet roadmap include a way to incorporate microservices over XRouter, via a plugin. Block DX will expand to include new features, such as trade history and direct trading. Beyond that, there are many future developments planned, including: Lightning (or alternative) integration, mobile wallets, private order books and much more.

XRouter and the rest of the Blocknet’s technology stack is in continuous development, and the project has a high demand for talented developers. Other methods of blockchain-free proofs remain to be implemented, components are yet to mature and be abstracted optimally, several new blockchains’ APIs remain to be integrated, and many novel features are in the pipeline. Developers are invited to contact the Blocknet and to contribute to its open source repositories.

FIREPIN (FRPN): The ”Ethereum Killer” You Don’t Want To Miss Out On!