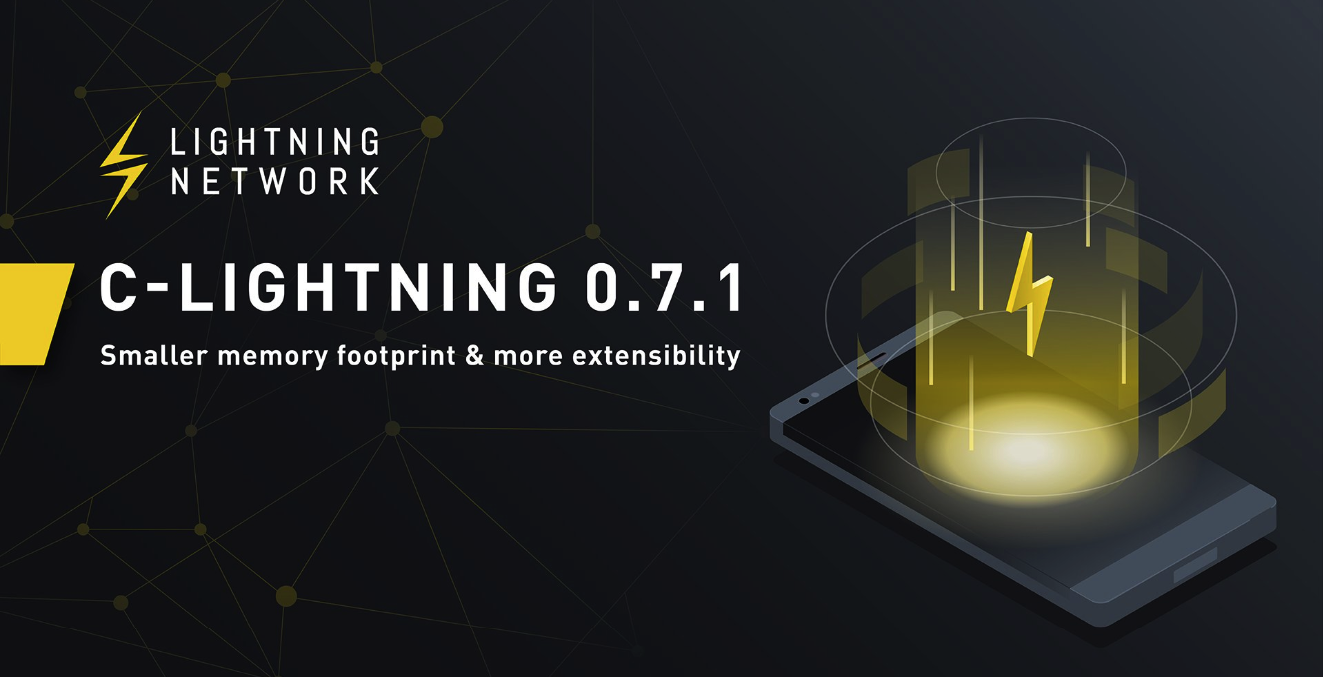 Blockstream announced the v0.7.1 release of C-lightning. This version is one of the several technological improvements intended to make Bitcoin lightning network transactions cheaper, faster, and safer.

Bitcoin and its underlying blockchain technology offer amazing opportunities for distributed ledgers. However, according to the authors of the paper titled The Bitcoin Lightning Network: Scalable Off-Chain Instant Payments, the blockchain, as a payment tool, by itself, cannot yet handle the volume of the world’s commerce.

This might eventually change. Bitcoin developers and engineers are continually making improvements to solve critical issues such as scalability and transaction costs. In effect, technological innovations, such as SegWit, Lightning Network, and Atomic Multi-Path Payments over Lightning, are already helping to solve these issues.

In this regard, the most significant improvement is the result of the work that developers Joe Netti and Rusty Russell performed on the gossip protocol. Aware that the Lightning Network is growing exponentially and so far working well, developers Netti and Russel wrote,

“However, the burden on hardware is increasing, and if the growth of channels continues to accelerate, the network will be facing scaling issues in the not-too-distant future. Finding an efficient route through a million channels isn’t easy.”

As a result, Netti and Russel, through their “The Million Channel (Lightning) Project,” obtained relevant data that help them to refine the gossip protocol. Thus, with the new deamon gossip, C-lightning transactions can better and more quickly synchronize with peer nodes, while economizing on bandwidth. The Blockstream Engineering Blog states,

“The gossip daemon is more selective about which peers it synchronizes its network topology from, considerably cutting down the time to synchronize and the bandwidth consumed by the gossip protocol.”

Additionally, the new version allows for longer default timeout invoices. Until now, the default was set to one hour. Now, the timeout for invoices is seven days.

Presently, three independent teams are working on the Lightning Network implementation: Blockstream, ACINQ, and Lightning Labs. The aim of these projects, among other things, is to minimize transaction costs, while improving the scalability of the Bitcoin network. Blockstream focuses on the c-lightning network.

The Lightning Network continues to grow and get adopted at an increasing rate. For example, on July 8, 2019, the Luxembourg-based Bitcoin exchange Bitstamp announced that it had launched a Bitcoin Lightning node “to help grow the network and encourage other companies to get on board.”

As of this writing, according to data provided by 1ML, the Lightning Network boasts over 9,075 nodes, with a capacity of about 903 bitcoins.

How do you think technological innovations such as c-lightning will help to solve cryptocurrencies’ scalability issues? Let us know in the comments below!