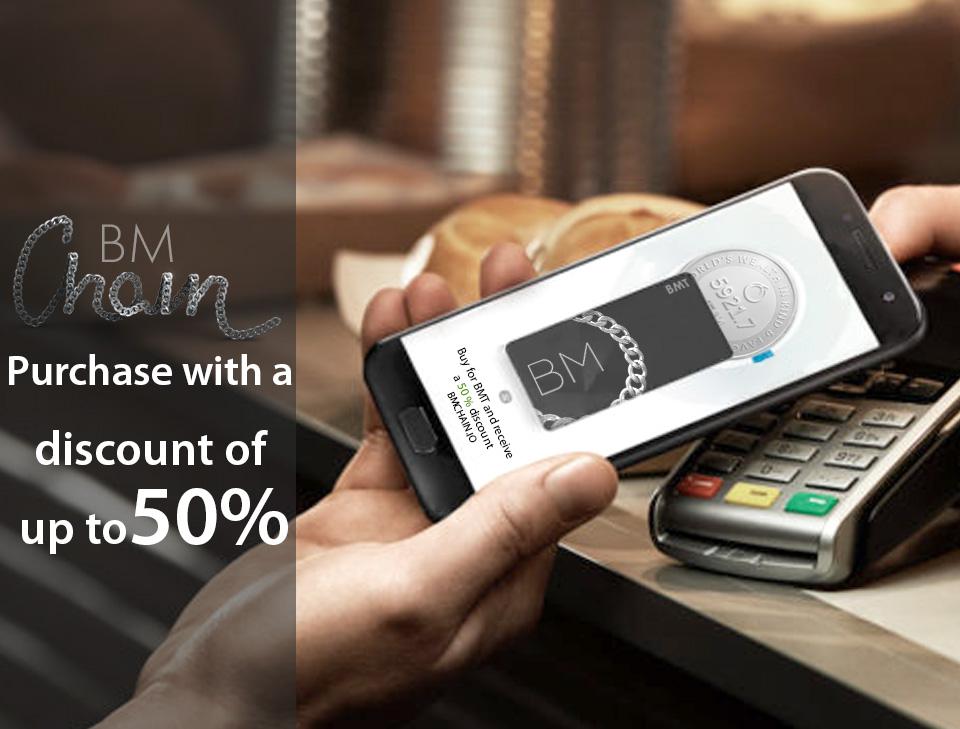 After the successful completion of the BMCHAIN platform ICO, during which $1,564,897 was collected, Business Molodost company, being actively involved in the launch and development of the project, announced the start of their own business courses sales for BMT tokens with a discount of up to 50%.

“The decision to accept tokens as payment is a rarity in the Russian market. The turnover of Business Molodost courses for the quarter exceeds $4,346,936. Even if 20% of people would like to accept tokens, BMT will become a very liquid and probably profitable instrument,” says one of the BMCHAIN project founders and CEO of Analytics Insight, Roman Moiseyev.

By connecting BMT as payment for more than 30 educational courses, which are annually being passed by 45,000 people, it is planned to create a positive demand for BMT tokens and test the model of its use as a calculation unit for the subsequent engagement of new partners and services. In order to simplify the process of token circulation, developers are planning to implement their own solution, which will allow token purchasing without the technical difficulties of understanding and interaction with exchanges.

The number of companies wishing to connect their business to the platform of digital reputation and accept BMT token as payment for goods or services is growing rapidly. To date, the BMCHAIN Partnership department has received 3,500 applications from legal entities and individuals, with whom the cooperation agreements are being signed.

It is already known that Coffee and the City, VillaCarte, Kinokwest, Parsit, and Art Estate companies have announced their intention to accept BMT tokens. “We’ve invested in BMCHAIN at the initial stage. This platform will help us to reach a new level of transparency in relations with customers, friends, partners and guests, “says real estate manager at Villa Carte company, Egor Matyukhin.

Within a month, a number of agreements will be signed with partners from different areas offering offline and online services, such as coffee houses, real estate agencies, trading platforms, IT companies, organizations offering rental services, stores, and schools. A special section will be created on the site bmchain.io, in which you will be able to see the projects ready to accept BMT.

The launch of trading at HitBTC exchange took place almost immediately after the ICO completion. In order to cover the cryptocurrency market as much as possible, the BMCHAIN team continues negotiations on token listing on other key exchanges.

According to the devteam announcement, the BMCHAIN crowdsale can be considered successful and the funds raised allows implementation of the primary plan for the project development. The developing process of the future platform, which can be monitored through the weekly reports published by the PR department, is on schedule and even ahead of the road map.

A basic version of the browser client of the social media platform has been implemented and the functional of posts creation, commenting, voting, and charging tokens for writing materials is ready. The devteam is working on addition of mechanisms, associated with the crediting of reputation and BMT tokens, to the core of the system.

In order to increase the circulation of BMT tokens after the listing on HitBTC, promotion in media with a wide target audience is planned, as well as negotiations with other large sites and experts in this segment are being held.

As a part of one of the concepts aimed at creating a viral effect, it is planned to launch a flashmob of several thousand people, as well as organize courses of “Real Blockchain” to teach a wide audience how to use cryptocurrency and the advantages of blockchain technologies effectively.

The devteam from the Analytics Insight company, which recently have launched its own project to establish blockchain solutions for launching ICOs, completed the work on the constructor, which will allow any user to create and release his own token and launch an ICO in 3 steps. This solution is planned to be integrated into the platform, together with other technological products, to create a powerful complex system.