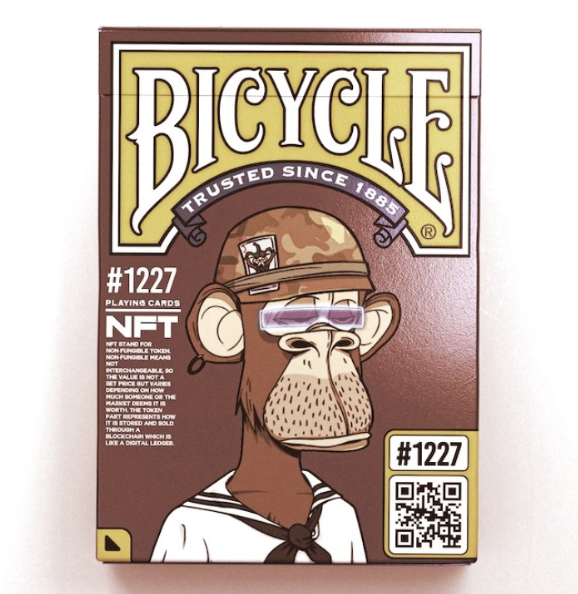 IP integration of popular NFTs like Bored Ape Yacht Club has been a hot topic in recent month. We’ve seen a variety of different brands get involved with NFTs, but one we certainly didn’t have on our radar was legacy playing card company, Bicycle Cards.

With every new brand deal, the licensing conversation heats up a little bit more. Let’s take a look at some of the early details from this new NFT integration.

The playing card company has been around for over a century and secured it’s position with its red and blue card backing serving an iconic role. Nonetheless, the company is still looking towards the future and will release some Bored Ape playing cards.

The playing card company shared on Twitter on Wednesday that it had acquired Bored Ape #1227, which would be featured on a future deck. The company also teased some future engagement, saying that the two “have some big ideas.” 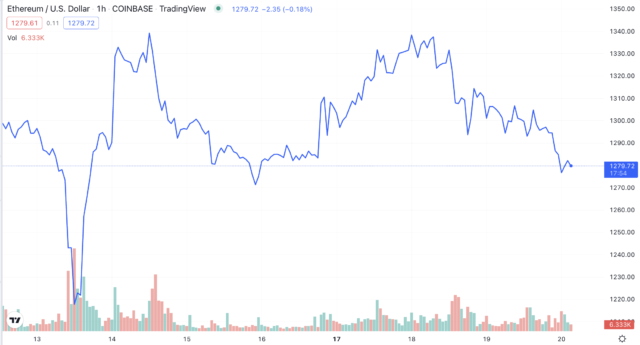 A Silver Lining Among Cloudy Days

Don’t be surprised if Bicycle taps into other Ape owners for IP utilization on cards, too. In the meantime, Bored Ape Yacht Club parent firm Yuga Labs has had their hands full lately. Earlier this month, reports emerged that the SEC was looking into Yuga Labs activity, including the issuance of the projects APE token. Yuga is easily the ‘face’ of blue chip NFTs, overseeing projects like BAYC, CryptoPunks, Meebits and more.

Outside of regulatory pressures, Bored Ape Yacht Club also unleashed their “community council” in recent weeks, but were met with mixed feedback. Nonetheless, despite bear market conditions across the NFT market and crypto at large, there is still plenty of positive momentum: projects and platforms are continuing to build, at even higher scale and recognition than past bear markets, and blue chip NFTs have remained impressively resilient.

We’ll see if these ‘silver linings’ to otherwise cloudy weather will be enough for Yuga Labs and the NFT market in due time; in the meantime, we’ll have to just play some card games to keep busy.