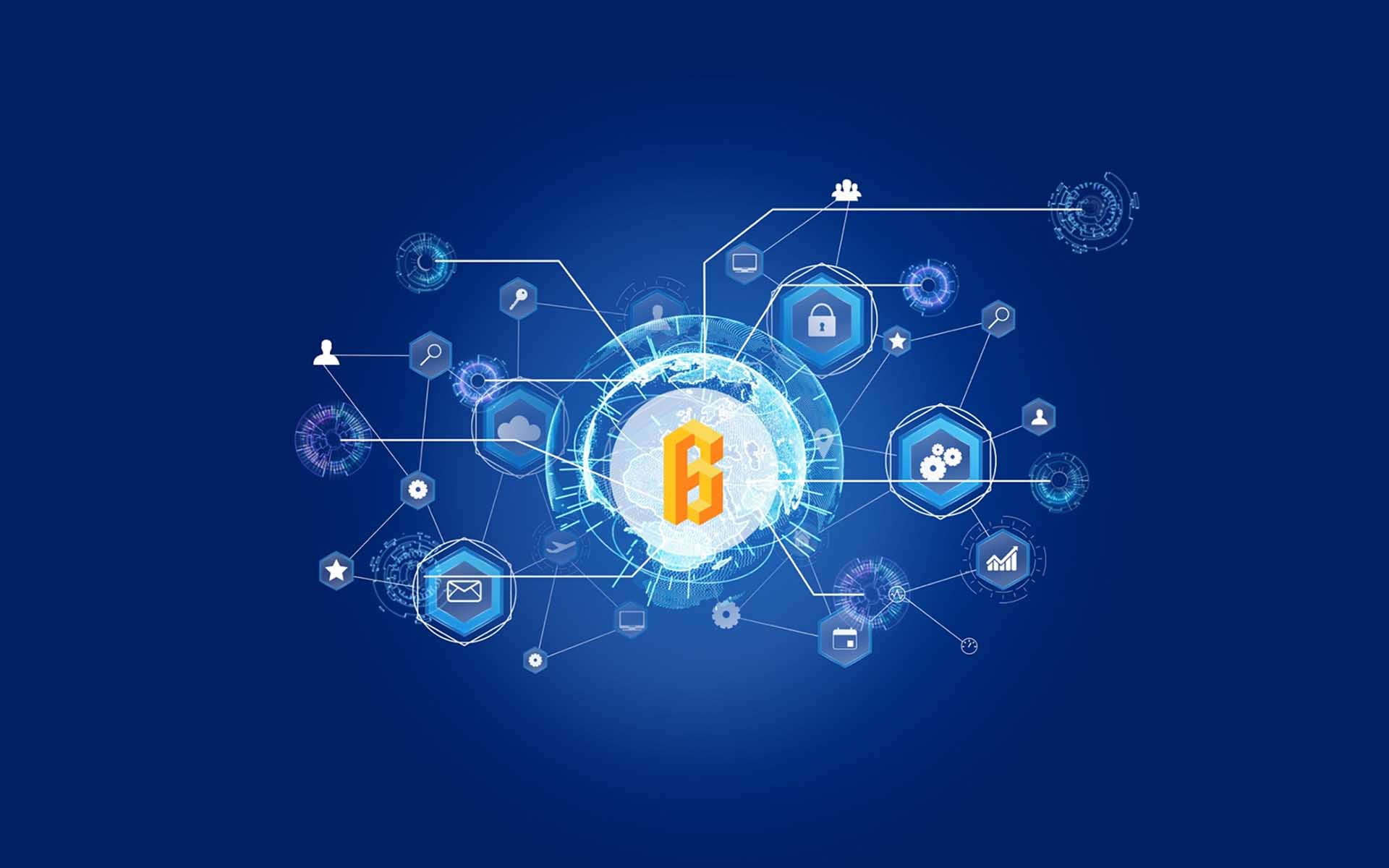 SINGAPORE – The advent of blockchain technology is provoking a revolution of the Internet of Value. In the blockchain world, Ethereum, NEO, EOS and other blockchain-based computing platforms exploit land to run applications. On this land, a variety of application chain of different functions springs up. For example, Rebo network for cross-border payment, CVC with the function of authentication and Distributed File System IPFS. However, in the world of the blockchain, there is a lack of infrastructure with multiple functions which offer a variety of decentralized services. Brahma OS aims to fill that void.

What is Brahma OS?

Why use Brahma OS?

The problems described above about centralization of identity authentication also exist in application services such as network transmission, central storage, app store and transaction payment.

What kind of blockchain services does Brahma OS provide?

To protect user privacy, Brahma OS provides users with identity authentication services based on blockchain addresses and user portraits, and offers privacy protection for user communications, calls and storage through elliptic curve public key algorithm and through Hash algorithm. As the storage and the transmission of data are encrypted, only users with a private key can have access to it. Therefore, there is no risk of data leakage in Brahma OS.

In terms of building an autonomous connected networks, Brahma OS dissociates both the meta-network and the “router” from existing network protocols and expects to build a peer-to-peer OS network that ensures encryption of communication data through protocol confusion from the data transmission level and build an autonomous, connected network from the configuration of the routing role.

In terms of decentralized storage services, Brahma OS offers a functional interface invoking other decentralized cloud services, including services from IPFS, Sia, Storj among many others.

In addition, Brahma OS will provide developers with a rich SDK interface and privacy API for developers to expand blockchain applications. As the DApp software on Brahma OS becomes abundant, a centralized DApp Store market will be established in the future to promote the ecological autonomy of Brahma OS through token support incentives. The appearance of more and more valuable apps like decentralized games will bring unprecedented value to developers and users of Brahma OS.

Brahma OS technical architecture is hierarchical. The entire system is decomposed into a number of higher and lower logic layer like Chain, Runtime, Framework. Taking into account compatibility issues of native Android applications, we separate virtual machine to completely isolate the runtime environment of Android App and DApp. In this way, we can increase security controls of Android App and prevent system crashes. 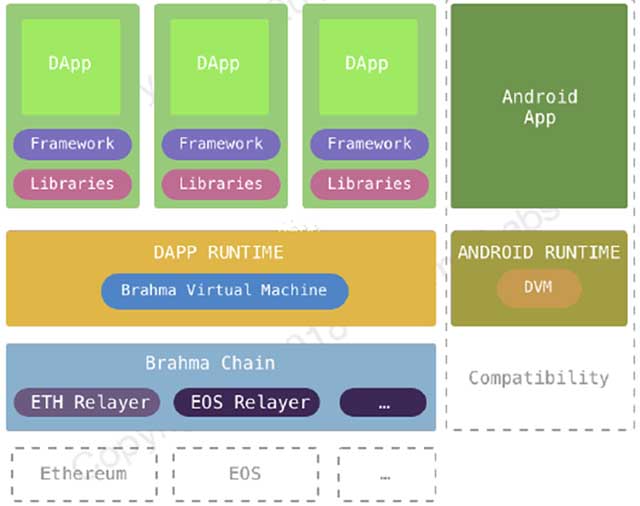 The current status of the development work on Brahma OS is well underway. In the development planning, the Brahma team has detailed milestones for each stage. In the third quarter of 2018, the team plans to complete the replacement of the Android centralization service and Brahma OS will connect to the Ethernet network for the first test users to operate on the system prototype.

In the blockchain world, if the blockchain platform such as Ethereum, NEO and EOS are regarded as land, and the networks like Rebol, STEEM, and IPFS as houses of different function, the Brahma OS is a beautiful multifunctional district enabled by a decentralized virtual operating system!

Brahma OS is an operating system that hosts decentralized networks by enabling the deconstruction of existing services and the use of a wide range of decentralized services and components to ensure that users can safely and easily access services on the blockchain and application.

For more information on Brahma OS: