After months of discussions, debate and chaos in the bitcoin community, supporters of the controversial SegWit2X hard fork have just announced that the split will be suspended and put on hold.

Key influential supporters of the SegWit2X contentious hard fork have just released a joint statement, announcing the immediate suspension of the planned fork mid-November. The reason behind this is the lack of sufficient consensus behind the fork – both supporters and opposers have argued for months that the opposite side is being paid to push a political agenda. The statement reads:

Unfortunately, it is clear that we have not built sufficient consensus for a clean blocksize upgrade at this time. Continuing on the current path could divide the community and be a setback to Bitcoin’s growth. This was never the goal of SegWit2x.

However, this does not mean that supporters of the fork have given up; the signers state that they strongly believe that users will understand that an on-chain capacity increase is more than necessary, once transaction fees rise to unsustainable levels. This statement was released just hours after cryptocurrency pioneer Nick Szabo announced his opposition to the fork.

Signers of this statement include representatives from BitGo, Xapo, Bitmain, Blockchain and Shapeshift – companies that have previously stated that they will support the SegWit2X fork. 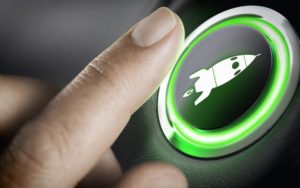 This marks the end of another phase of what could be known as the long, on-going ‘Bitcoin Civil War”; SegWit2X is another failed attempt to split Bitcoin after Bitcoin XT, Classic and Unlimited. However, this does not mean that the debate is far from over – transaction fees are currently at record levels, which may be extremely off-putting for many users. Bitcoin Cash still exists and could serve as an alternative for those who dislike Bitcoin – its value has been steadily increasing for the past few days.

The fact that this conflict is over might lead to the price of Bitcoin skyrocketing now that the uncertainty is over, or it may not mean anything at all. Only time will tell what the future of bitcoin holds – in the meantime, keep calm and HODL on.

You can read the full statement here.

What do you think about the demise of SegWit2x? Is this going to help or hurt Bitcoin? Let us know in the comments below.