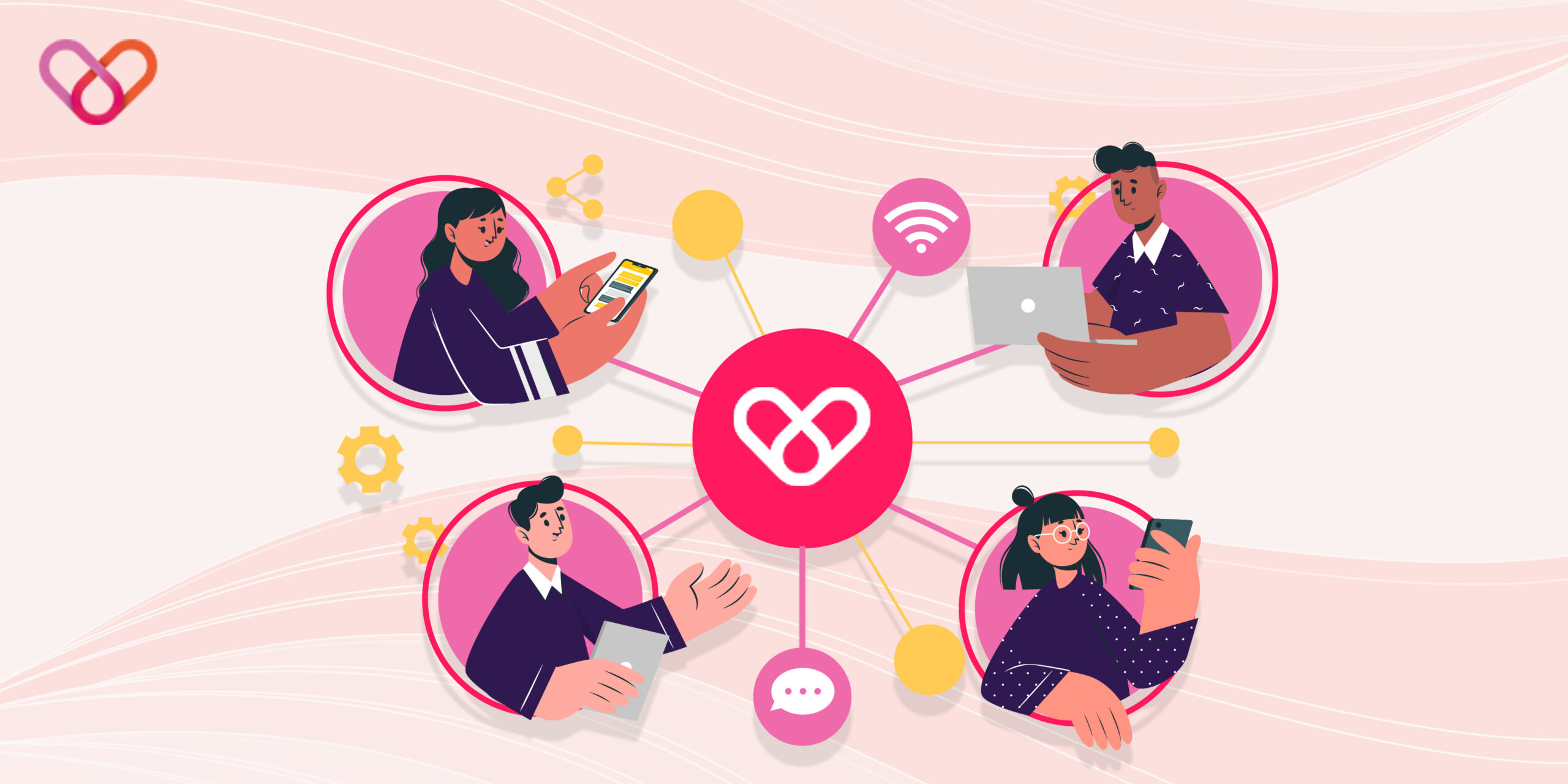 Much of the activity on social media is based around passion, emotional connections and community. Social interactions usually include liking posts, sharing images of family and friends, tagging them, or updating a status, all as a means of maintaining contact and connecting with those they care about. Popular social media platforms have become a vehicle for sharing many different things, arguably becoming this generation’s method of projecting humanity’s love of the people in their lives and passion for the things in life.

In addition, from a business and brand point of view, one can see a number of pitfalls of centralized social media platforms, for an advertiser. How efficient is targeted advertising on these platforms, while there are potentially millions of fake or bot accounts being fruitlessly hit by these marketing campaigns? While content creators are not reaching their full potential with the current tools at their disposal, advertisers are losing money and time on ill-performing campaigns. In addition, the lack of transparency as well as a single controlling enterprise has the potential to be exploited.

The LoveChain platform is a blockchain-based social media channel that allows users to create an immutable record of the people, pets and objects that they love. LoveChain recognizes the uniqueness of our individual relationships, and therefore profiles on their platform are allocated a cryptographically generated code number to represent that.

So how will LoveChain solve the issues of the modern-day content creator and social media advertiser? Concerning matters surrounding data control and permissions, LoveChain will combat these issues by providing its users with complete ownership of their data. Users will be the ones in control of sharing their data. An example of this is, how a user can select not to share that data with any other profile or a third party should they wish – they are in control. Data sharing users will be rewarded in the form of one of LoveChain’s native tokens, LOVR, if they opt to share their data.

The way in which users can use their rewarded tokens ties in directly with LoveChain’s celebration of relationships. By building a community of merchants, who specialize in the celebration of popular holidays and events such as anniversaries and weddings, an integrated digital wallet can be incorporated as a payment system for those services as well as be a key part of the rewards program. The LoveChain and integrated Wallet will give users the ability to use their approved crypto holdings to pay for goods and services through their merchant and affiliate partners, as well as use a combination of Rewards Tokens and FIAT to settle on transactions.

The team from LoveChain has begun implementing various solutions that are there to counteract and address the issues concerning bots, fake users, hacking and data being exploited. LoveChain’s data and all content uploaded by its users will be more secure than traditional social media platforms, due to it being built on the blockchain. Furthermore, they are already exploring new technologies and the possibility of having accounts set up so a user can only access their account through biometric facial recognition, retina recognition or fingerprint technology, aiming to eliminate the risks around fake or bot profiles.

Social media has reflected the current state of the internet for a long time, and as the internet continues to develop and change, so will the social media platforms users choose to engage with. Web3 has opened up a number of potential new uses for what can be done online, building on and improving on what came before.

The same way that couples all over the world adopted the practice of using love locks to commemorate their relationships, LoveChain are mapping this behavior onto the use of the blockchain, in a place where our happiest memories can be affirmed and consolidated within a system that has the potential to last much, much longer.