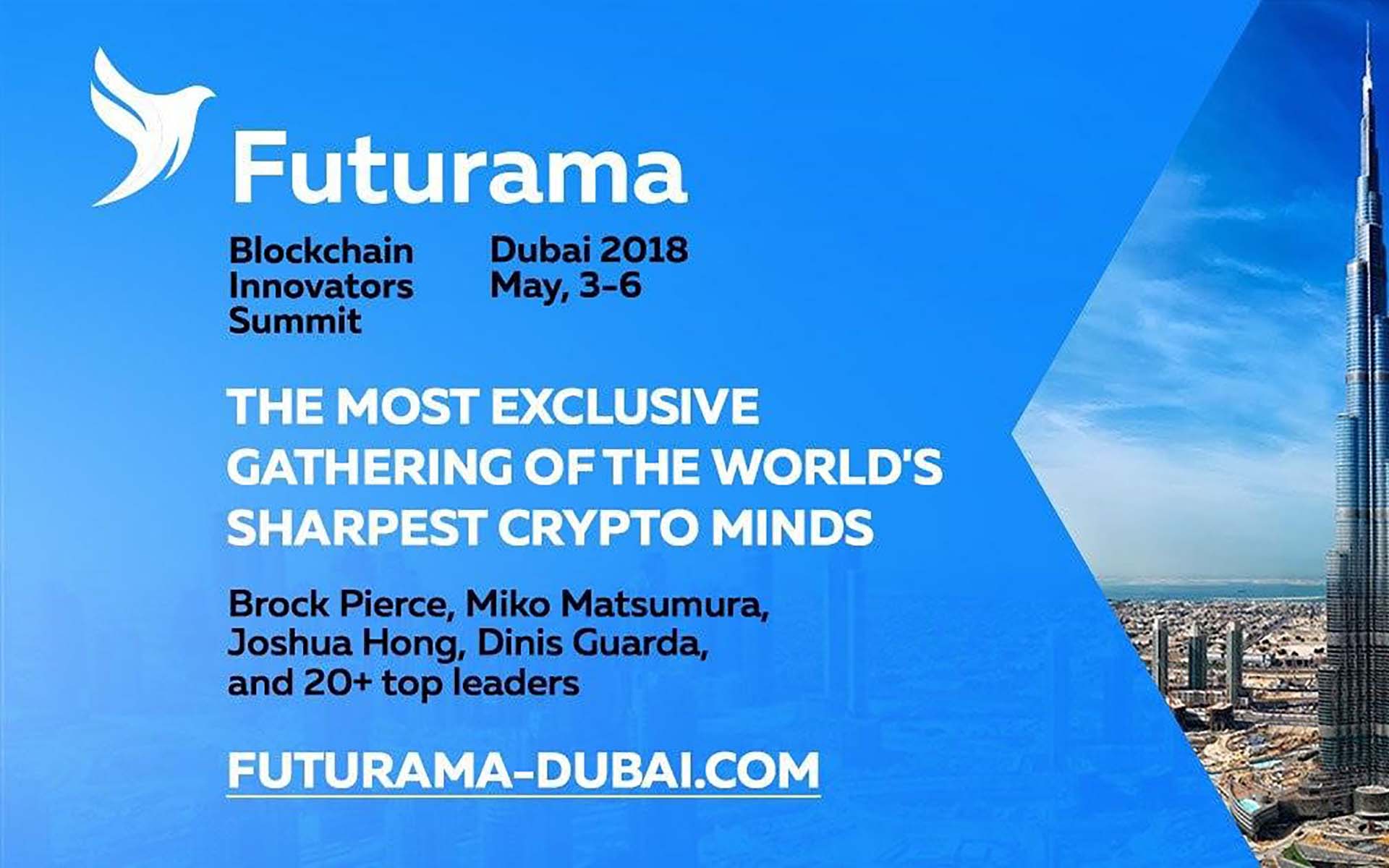 Did you know that the flying cars from The Fifth Element and Blade Runner films have already become reality? Or that using a VR helmet allows you to sit in an office meeting with the world’s leading experts and investors without the traveling hassle? Probably not. Well, here’s a chance.

The Futurama Blockchain Innovators Summit held by Coinsbank in Dubai welcomes you to witness the fruits of the three most revolutionary technologies of the 21st century at once: blockchain, artificial intelligence, and virtual reality. We’ll showcase you futuristic solutions, from the new generations tools for managing your personal health data, to a billion dollar trading algorithm that represents the most advanced artificial general intelligence that can reason and theorize.

The summit is one of the most exclusive gatherings of the world’s sharpest crypto minds. “Very excited to be there and participate” – says Brock Pierce, Bitcoin Foundation, Blockchain Capital, who already shone on the previous Coinsbank Blockchain Cruise.

The Futurama Blockchain Innovators Summit will bring together the crème de la crème of the crypto industry:

– Dinis Guarda, TOP 30 Most Influential People in the Blockchain;

and 20+ top leaders is calling you to join them in the desert. Come join us and change the world together and for the better!

Futurama can help us create a truly global community that’s passionate about solving world’s biggest problems with the newest technologies and begin taking steps toward a better future by connecting those who want to build together across jurisdictions and countries.

Connect with the best. Fly with the loftiest. Float like nothing can stop you. We will show you what the best blockchain innovators can do today.

Surrounded by industry whales and futuristic technology within the setting of spellbinding Arabian luxury and the beauty of the Middle East, you will jump from the largest Futuristic Yacht in the Gulf to the ball at a bright Arab Desert Rose Party, a Burning Man-like experience.

Join the most exclusive blockchain event in the most technologically perfect place on the planet. Don’t miss the future. Join now – COINSBANK.COM/DUBAI