Bitcoin mining firm BTCS announced a $1,450,000 financing on December 16, 2015. Cavalry Fund I LP led the financing, which marks yet another significant financing for BTCS in 2015, putting it in a position to develop and expand its services within the Bitcoin industry. 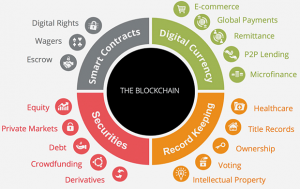 “The successful closing of this round of financing is an important milestone for BTCS,” according to Charles Allen, CEO of BTCS. “It enabled us to invest an additional $750,000 in Spondoolies-Tech Ltd. (“Spondoolies”), increasing our ownership from 6.6% to 9.6% ahead of our pending merger, and sets the stage for the rollout of their next-generation SP50 servers.”

Allen said the new capital received from BTC will accelerate the SP50 server rollout. “…Getting the SP50 to market should provide us a strong competitive advantage in 2016,” said Guy Corem, chief executive officer of Spondoolies.

According to Allen, third quarter revenues for BTCS increased 17% over the second quarter earnings and 1,872% for the nine months leading up to September 30, 2015 compared to the same months in 2014.

“…This financing comes at an ideal time for us, strengthening our position as we move forward with our merger with Spondoolies and execute on our plans to ramp our transaction verification services business,” Allen said.

BTCS was originally called the Bitcoin Shop. After shifting its model from e-commerce to mining, and other Bitcoin-related endeavors, things changed at the firm. In its history, the company has also focused on spending solutions, storage solutions and exchanging. As BTCS stated of its goal:

In April, BTCS announced $2.3 million in financing resulting from the selling of 7,708,342 shares. As the company stated in April:

“On April 20 we closed a $2.3m financing at approximately a 20% premium to market.  The lead investor participated for $1m and was followed by 18 other high net worth individuals and hedge funds.  Michal Handerhan, our COO, and Charles Allen, our CEO, also participated in the offering for aggregate proceeds of $40k.  We plan to use the funds to further expand our transaction verification services business.”

As Charles Allen told Bitcoinist.net earlier this year: “Bitcoin Shop Inc. plans to build a universal digital currency platform under the BTCS brand for (“Blockchain Technology Consumer Solutions”) with the goal of enabling users to engage in the digital currency ecosystem through one point of access.”

What do you think about this move from BTCS? Let us know in the comments below!