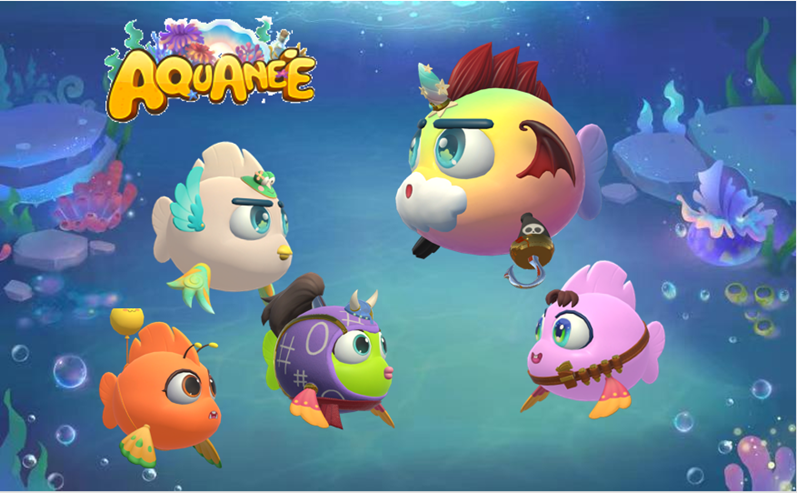 by Bitcoinist
in Press releases
46

In 2017, the first batch of blockchain games led by Cryptokitties combined “transaction attributes” and “asset ownership” with games through the blockchain, attracting a large number of traditional game industry funds and users to invest into the encrypted world. GameFi grew rapidly in 2021, attracting a large number of players and gold diggers once again by providing real rewards while keeping games entertaining.

Axie Infinity, which led the chain game craze, shows the charm of blockchain games that combine familiar elements and introduce new technologies and economic systems. And now, there is another “Pokemon” type SLG blockchain game based on the ocean water world coming online.

AQUANEE——play to earn in the ocean world

AQUANEE is a real-time SLG game inspired by ocean world. All players can hatch and train their pet named AQUA. In the game world, you can obtain survival resources by completing tasks and battles, and you can build your own ocean kingdom by collecting and cultivating more resources. During the course of the game, you can earn more tokens by playing skillfully and contributing to the ecology.

In the “AQUANEE” game, players can explore the world alone or form a team to conquer the territory. What’s more, you can fight each other in different seasons of competitions, or you can join the guild to take risks together. 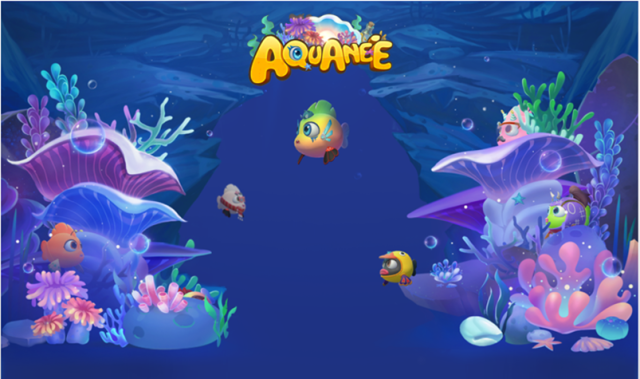 AQUANEE is committed to creating a “Play to Earn” game that brings players an excellent experience. Every pet AQUA can be mint to be a NFT. In the game ecosystem, players can earn NEE tokens by completing specific missions, or they can upgrade to evolve and collect enough materials to unlock higher skills, or they can evolve their AQUA into NFT with higher scarcity, which can be traded, rented, or auctioned.

Incubation and breeding of AQUA pets

To participate in the game, users need to buy fish eggs, which can be incubated and grow into AQUA. The new AQUA can fight directly. If a player creates or owns a primary AQUA, then two primary AQUAs can evolve into new AQUA varieties that can be sold as game assets. In the game, by completing quests and PK, you can earn token NEE, which can only be used to evolve AQUA (NFT), upgrade equipment, and synthesize item assets.

There is an evolutionary cost mechanism for NFT in AQUANEE, because two Aquas can evolve into a new AQUA, so each evolution consumes the current level and transfers the new NFT. In the game, the player will have a new breed of AQUA. The effect of this mechanism is to potentially create scarcity and make NFT more valuable.

The core gameplay of this game is to select different AQUA teams according to the strategy. In each turn, players must use strategies to combine their factions to maximize their chances of victory. There are two modes in the game: PVE/PVP and Guard.

In the PVP, in addition to the confrontation and single-player story mode, there are also game modes such as team battles, tournaments and guild wars. There will be special missions where players must team up with other players to fight powerful NPC.

Each player has their own territory, which AQUA lives in and stores the Force. Territories are divided into public and private territories, with different living space and force storage limits. Each player is assigned the same AQUA dwelling and force storage space in the public domain. If more is needed, it can be expanded by purchasing private land. Private territories will add more AQUA living space and storage space for the Force.

Most of the resource output in the game comes from the exploration system, which makes the game more fun by spending the Force on a single exploration, randomly generating rewards or triggering game events from all the exploration events.

As a casual and strategy-focused SLG, AQUANEE has a low barrier to entry, with gameplay and social attributes. In SLG games, there can be a variety of combat endings due to the selection and composition of characters. In the game ecosystem, the interaction between players is also interesting. With different guild functions, competitive and cooperative tasks, players can experience the social attributes of cooperation, confrontation and organization in the game.

At the same time, compared with other RPG games, AQUANEE has a lower participation threshold, and players can participate in fragmented time. At the same time, players can choose different types of game routes according to their personal preferences. The game system is both open and autonomous, thus providing a wide variety of choices for players with a wide range of preferences.

With the unique style and fun design of these games, AQUANEE can be a strong competitor in the online game market. And in its follow-up planning, there are platform products and the launch of stand-alone chains, which is conducive to attract more players. AQUANEE aims to exploit the full potential of the blockchain economy by securing players’ game assets through NFT, while GameFi will guide players on how to play the game while earning in real life.