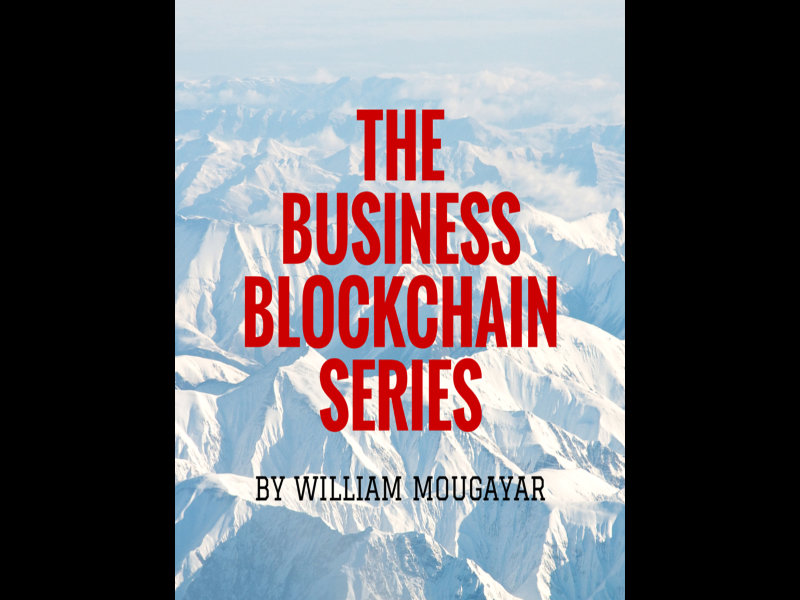 With all of this focus on blockchain technology these days, there are a lot of questions waiting to be answered. One recent Kickstarter campaign for The Business Blockchain Books successfully reached its goal, and two new blockchain books will be coming very soon.

The person behind this Business Blockchain Books campaign on Kickstarter is William Mougayar, who has been writing on blockchain for quite some time now. In fact, his work has been referenced to in over 100 publications or write-ups over the past two and a half years. This was cause enough for Mougayar to launch a crowdfunding campaign so he could write two new books on how blockchain will impact businesses and everyday life.

Even though this campaign does not herald the first – nor the last book – on blockchain technology, it is kind of interesting to see William Mougayar raise enough funds to write two different books. It is important to take into account both of these books on blockchain will complement each other nicely, and the first one has been completed recently.

The Business Blockchain is an in-depth business book on the concept of blockchain technology, which focuses on explaining how the technology works. Although most cryptocurrency enthusiasts have a decent understanding of what the blockchain is and does right now most general consumers – and enterprises – have no clear idea. Defining the concept is of the utmost importance before we can think of implementing it in various industries.

This is where the second book, called Centerless, comes into the picture. The primary objective of this second book is to explain the aspect of decentralization in the way of trust, information, and wealth. It seems inevitable the blockchain will impact everyone on this planet, and gaining a proper understanding of this technology can prove to be incredibly valuable.

The crowdfunding goal of Business Blockchain Books was US$18,000; due to the high costs associated with writing and publishing these books in e-book format. Additionally, both books will be available in print copy as well, which incurs additional costs. A total of US$37,517 was raised when the campaign ended, which shows a keen interest in these two books revolving around blockchain technology.

Now that book one – Business Blockchain – has been labeled finished yesterday, it looks like interested parties who missed the crowdfunding campaign will be able to place their pre-orders on Amazon soon. The second book will be finished at some point in the coming months, although no official dates have been confirmed just yet. This book will also be available for purchase on Amazon once it is ready.

Did you back this crowdfunding campaign on Kickstarter? Are you planning to buy either of these books from Amazon? Let us know in the comments below!