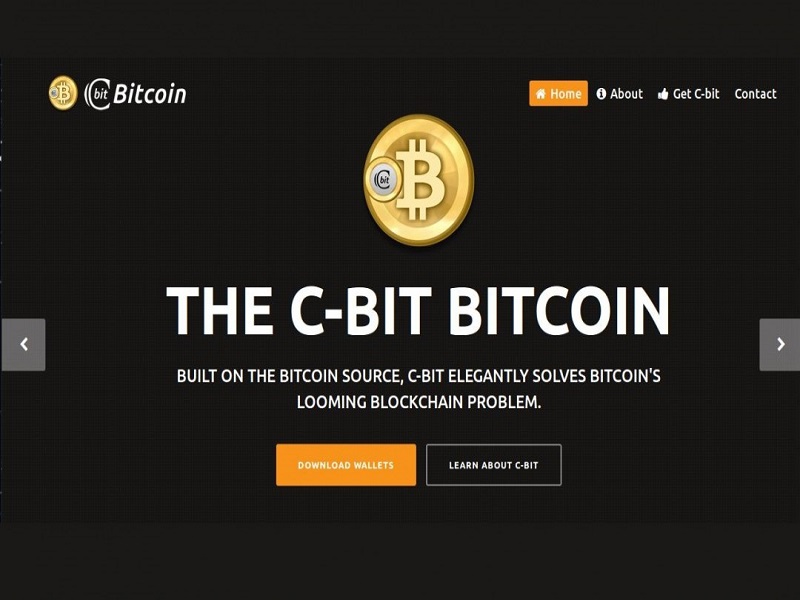 C-bit operates on an independent and original blockchain. This blockchain can “develop independently to Bitcoin — becoming, in a more managed way, more centralized — while allowing the original Bitcoin to return to its decentralized version.”

Although C-bit paints itself as “more centralized,” the coin’s code is still open source. The coin’s website says that its open source status makes this Core clone “every bit as easy to work with a [sic] Bitcoin is.”

In addition to the 2MB block size, C-bit has slightly modified Core .12 so that it will have 210 million coins in total, with a block reward of of 500 coins. According to the developers, “If Bitcoin is the $100 bill, then C-bit is the $10 bill. C-bit could be the ‘walking around’ change.”

The team behind this coin says that their project should be sufficient to end the block size debate once and for all:

Developers want this new coin to become the “banking system,” with Bitcoin as the “decentralized ‘Central Bank.” With Bitcoin acting as a “Central vault or the holder of wealth,” C-bit can operate as a system of “smaller banks that act like branches to the Central Bank.” Developers believe that the C-bit “smaller bank system” will be more conducive to merchants and individual cash transfers.

The coin’s developers are also reportedly working on “Helix Technology,” a project aimed at combining Bitcoin and C-bit into a “DNA-type structure.” The developers say that “this structure has promise to vastly increase the speed, power, and memory capacity of the resulting intertwined Bitcoin and C-bit Blockchains.”

C-bit has just begun trading on: