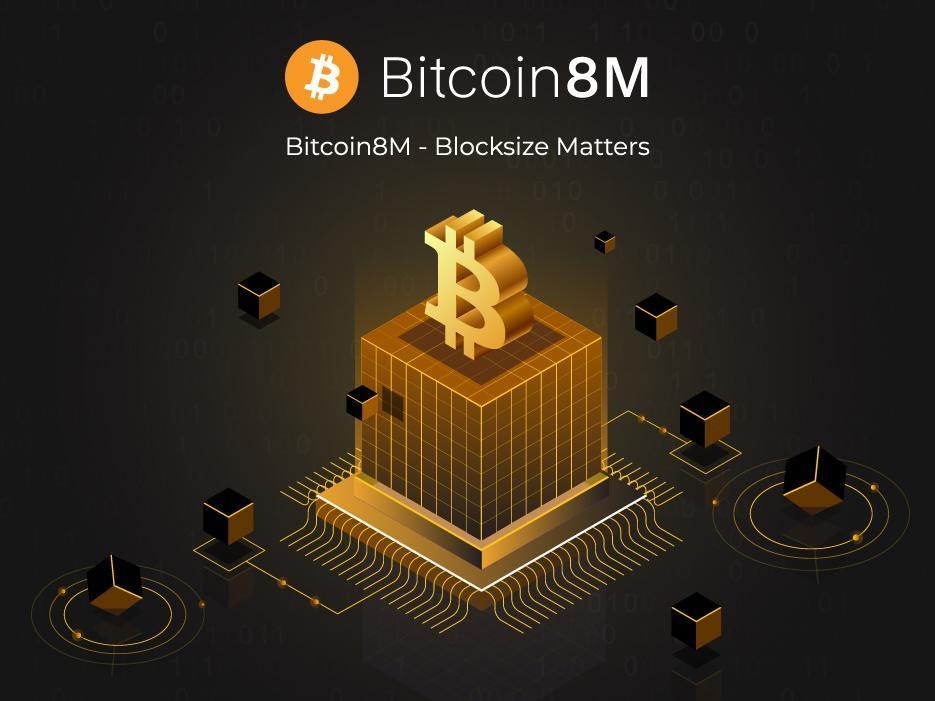 Amid so many controversies, growing bitcoin blockchain scalability problems force miners to reconsider a bigger block size through the ‘Bitcoin8M campaign’.

Scalability means the ability of the blockchain network to increase its size or scale. For blockchains like Bitcoin and Ethereum, increasing this range presents many challenges.

In particular, this sluggish performance is due to Bitcoin’s restriction to the average block creation time of 10 minutes and the block size limit of 1 megabyte.

If we were to categorize the primary scalability problems in this sense, they would be:

These block size concerns, however, extend beyond the transaction number. In the future, they would mean smaller miners’ incentives (as the block rewards decrease) and higher transaction fees to compensate for it.

The good news is that some developers are working on a promising solution to close the performance gap.

The ‘Bitcoin8M’ project is aimed at encouraging blockchain enthusiasts to support the bigger block size cause, with its hashtag dubbed ‘#BlockSizeMatters’.

This new initiative highlights stakeholders, but especially the miner community’s need to support the cause. It will also include a specific focus on increasing the Bitcoin block size to 8 megabytes, which is expected to significantly lower transaction costs.

To help support the Blockchain in the wake of the bigger block movement, Remitano also joined the growing list of notable Bitcoin8M promoters.

As explained by Remitano:

“Scaling the Bitcoin block size now is more important than ever before. It’s crucial to know that Bitcoin ‘s 1MB limit can be stretched. If more people support Bitcoin8M by Remitano, we can improve transaction information per block, thus driving down the average time it takes for a transaction to be published to the blockchain”.

Remitano says it will be adding free resources, education, games, and training to help members understand their roles and the benefits of a bigger block limit.

Benefits of a Bigger Block Size

Here are more reasons increasing the block size is vital: 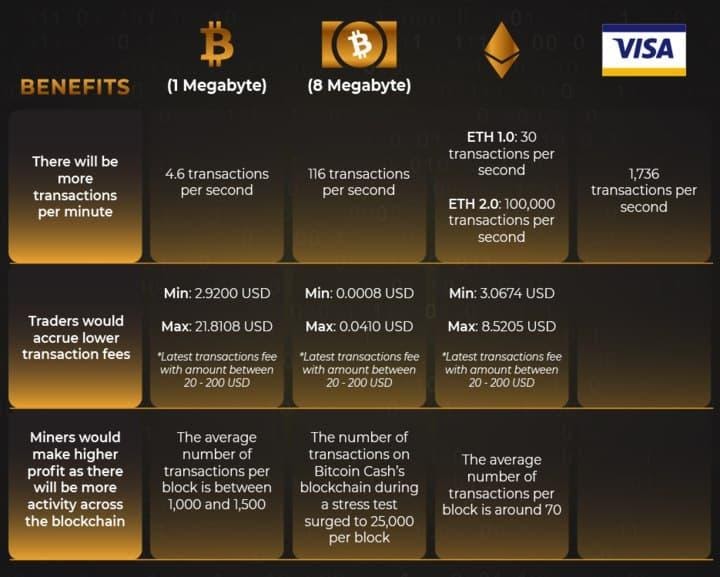 If Bitcoin achieves these advantages, Bitcoin will gain a competitive edge over other payment systems, ultimately making Bitcoin more universally adopted and accessible.

How Can You Support the Campaign?

Both miners and stakeholders can be supporters of Bitcoin8M.

When a miner mines a block of Bitcoin, they sign on it. If so, miners can support Bitcoin 8M by downloading the signature provided by Remitano and signing on the block they have mined successfully with that signature.

Learn more about How to Upgrade

For stakeholders, you can visit this website to understand more about the campaign.