Twitter CEO Jack Dorsey: Bitcoin Should Be Native Currency of the Internet

On Wednesday, Jack Dorsey, the CEO of Twitter and the Square payment company expressed his positive cryptocurrency sentiment as he stood on stage at the Consensus conference, saying that Bitcoin should be the cryptocurrency of the internet.

Twitter has long been a platform that has been centric for cryptocurrency users and organizations. It quickly became a way in which crypto-related entities can convey announcements and talk about cryptocurrencies with members of the community.

This may have been no accident as Twitter’s CEO, who also runs the mobile payment processor, Square, has come out in full support of cryptocurrencies at this year’s Consensus conference.

While Jack Dorsey was on stage at Consensus, the CEO of Twitter and Square stated:

The internet is going to have a native currency so let’s not wait for it to happen, let’s help it happen. I don’t know if it will be bitcoin but I hope it will be.

Dorsey also added that he is a “huge fan” of the growing industry and supports the technologies which help to assist cryptocurrencies and related developments.

Square CEO Jack Dorsey wants his company to be at the forefront of getting cryptocurrency accepted as legitimate means of global payment. https://t.co/xfIYMAgNak

Despite the CEO’s positive outlook on the cryptocurrency space, Twitter has shown a negative attitude toward the release of cryptocurrency-related ads on their service, banning ICO and cryptocurrency crowd sale advertisements in March.

A Twitter spokesperson gave CNBC a statement on the matter, saying:

We are committed to ensuring the safety of the Twitter community. As such, we have added a new policy for Twitter Ads relating to cryptocurrency. Under this new policy, the advertisement of Initial Coin Offerings (ICOs) and token sales will be prohibited globally.

This announcement came after similar announcements from Google and Facebook, who also banned ads related to cryptocurrency crowd sales from their respective platforms.

Although it may be a bit late, Microsoft’s Bing platform has joined the ranks of those banning cryptocurrency advertisements, announcing that they would do the same just the other day.

In direct contradiction of Twitter’s ban of ICO advertisements, Dorsey’s other venture, Square, has come out in full support of cryptocurrencies, launching Bitcoin trading on one of its apps in January.

The launch of Bitcoin trading on their Cash platform was the first move which Square made into the cryptocurrency space. As of yet, Square has yet to accept cryptocurrencies as a way in which consumers can pay merchants for products, who have traditionally used high-fee credit cards.

But it seems that Square does have plans to accept a cryptocurrency like Bitcoin in the future, as Dorsey noted:

If we were able to use it (Bitcoin) as a currency today, we could release our apps in every app store around the world instead of the five we’re in.

The possibility of an addition of cryptocurrencies to the Square platform may be promising for the industry as Square has been growing faster than Paypal’s subsidiary, Venmo, another upcoming payment processing platform.

The aforementioned addition of cryptocurrency trading to Square’s Cash platform was an unbridled success, as millions of dollars worth of Bitcoin were quickly sold on the platform. At the end of the first fiscal quarter of 2018, Square reported that they had sold $34.1 million worth of Bitcoin in their first quarter, spending $33.9 million to acquire the same Bitcoin. 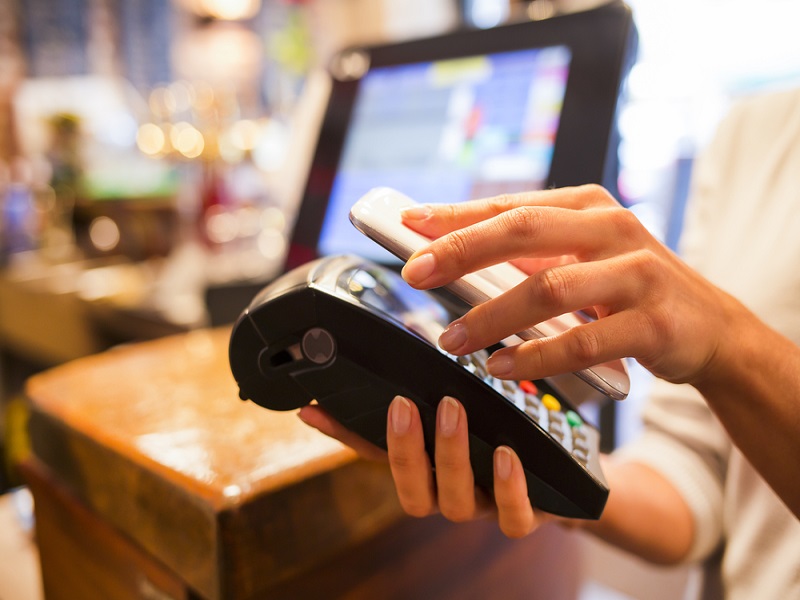 Despite the success of the arrival of cryptocurrency trading on Square, it was still a controversial topic within the internal structure of the company. In Dorsey’s speech at Consensus, he mentioned, “We have a lot of healthy skepticism in the company and a lot of people were certainly skeptics of this technology.” He even mentioned how the debate over the addition of cryptocurrencies was prevalent “all the way at the board level.”

Even with the presence of “healthy discussion” about cryptos at Square, with Jack Dorsey at the helm, it can be assured that Square will continue to make moves to become more accepting of cryptocurrencies in the near future.

What do you think of Jack Dorsey’s statements? Do you like them, hate them, or are indifferent? What moves do you think Twitter and Square should make to become more accepting of cryptocurrencies and related technologies? We would love to know what you have to say, so let us know in the comments below.