Many people know CEX.IO as a platform to buy and sell Bitcoin in exchange for various fiat currencies. But the company recently announced a new addition to this platform in the form of Ethereum trading. This modern digital currency can be traded against both Bitcoin and the US Dollar as of today. 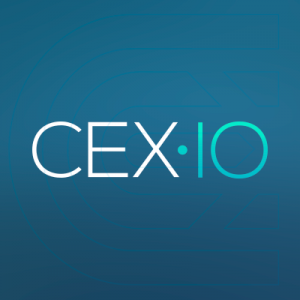 It is always positive to see digital currency exchange platforms expanding their offerings, and CEX.IO is doing exactly that. The addition of Ethereum to their list of tradeable currencies is quite noteworthy, as users will be able to trade ETH against both Bitcoin and the US Dollar from now on.

In doing so, CEX.IO joins a growing list of digital currency exchange platforms which have added Ethereum trading in recent times. Bitfinex, one of the world’s largest Bitcoin exchanges, gave in and added ETH trading a few weeks ago, which was followed by exchanges in Korea and Japan shortly afterwards.

The CEX.IO exchange is keeping tabs on the current trends and demands by digital currency traders, and the addition of two ETH trading markets seems to be a smart decision. Bearing in mind how platform users can use their plastic cards to buy digital currency, this news opens up exciting opportunities for the Ethereum community.

Keeping in mind how the Ethereum price is currently in a slump, it will be intriguing to see how this decision by CEX.IO will play out in the long run. Digital currency traders have been selling their Ethereum across all exchanges for the past few days, which has lead to a decrease in overall market capitalization. However, Ethereum remains the second largest digital currency in the world, according to its market cap.

The biggest interest in the Ethereum ecosystem comes from developers who are exploring blockchain technology and smart contracts. The Ethereum ecosystem seems to lend itself towards the developer crowd, and CEX.IO decided it would be a good idea to add ETH trading and give everybody a chance to buy some Ether through convenient payment methods.

Based on the information we have received, CEX.IO servers over half a million users to this very date. Although the company has pivoted from their initial cloud mining business model, the exchange side of things appears to be a lot more lucrative for the UK-based company. Moreover, the platform is available in over 95% of the countries around the world, although availability in the US is limited due to FinCEN regulatory requirements.

What are your thoughts on CEX.IO adding Ethereum to their trading markets? Let us know in the comments below!