When it’s time to blow some of your crypto-profits on a new toy, the possibilities are seemingly endless. But for those more interested in old toys the choice has perhaps been a bit more limited. Until now that is. Ford Mustang rebuilder Classic Recreations has started accepting payments in cryptocurrency.

The company, based in Oklahoma, claims to be the first custom car builder to accept cryptocurrency as payment. And this isn’t just a token, ‘Oh. I’ve heard about this thing called Bitcoin. Why don’t we jump on that bandwagon.’ acceptance.

Classic Recreations accepts payments in Bitcoin, Bitcoin Cash, Litecoin, Ethereum, and Docademic – but specify that they are not limiting payments to these currencies, so if you rock up with a bucket-load of some other altcoin, then I’d imagine they’ll still be willing to do business.

Owner Jason Engels sees this as an opportunity to expand the customer base and “connect with consumers from anywhere in the world.” He adds:

Cryptocurrencies have come a long way and continue to solidify themselves as a legitimate currency on the global market.

Back to the Future (II)

Classic Recreations specializes in restoring and enhancing vintage Mustangs. Ford has also licensed them to build brand new versions of certain Mustang models, which are hard to acquire original versions of. The company refers to these models as ‘continuation models’ rather than replicas.

You could almost say that Classic Recreations are bringing these restored and recreated models from the past, right back to the future. 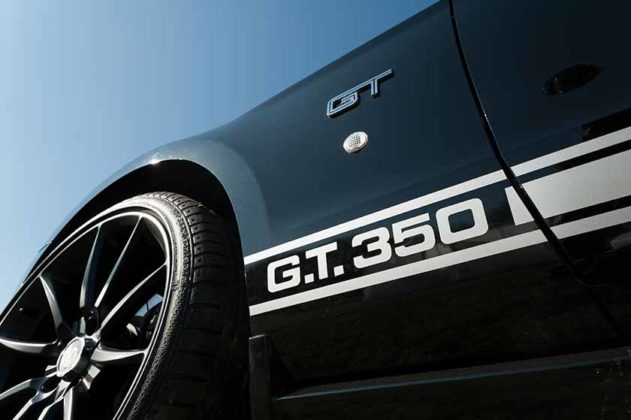 These cars don’t have prices, but the ‘investments’ start at $149,000 for the cheapest model – a rebuilt and updated Shelby GT 350CR. That’s cheaper than a brand new entry-level Lambo.

If only that Steve McQueen film had been called “Bullish” I’d have been able to finish on a great pun. Something referring to the fact that classic cars, even replicas (or continuations), are also a great investment vehicle [ahem]. So if you aren’t feeling that ‘bullish’ about crypto then perhaps this could be the way to go.

What do you think of Classic Recreations? Would you buy a vehicle with cryptocurrency? Which crypto would you use? Let us know in the comments below.