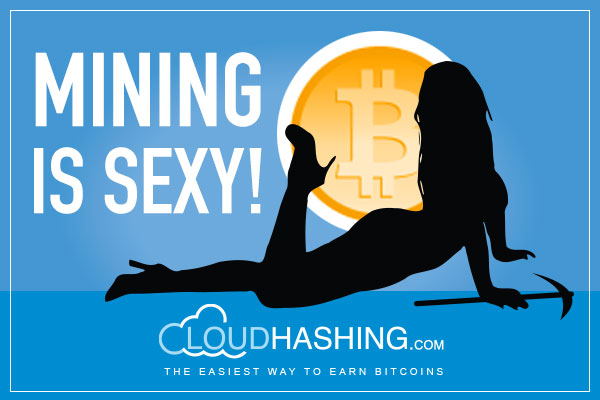 Many have questioned the legitimacy of players in the Bitcoin enterprise and there is no doubt that some firms and individuals have blighted the industry with their actions. When it comes to Bitcoin mining, you want someone trustworthy, someone who knows what they’re doing, someone who has been in the business for a while. Someone like CloudHashing.com.

CloudHashing is a US based company, governed by US laws and regulations, if that brings any piece-of-mind.

I will start off with one of the biggest criticisms CloudHashing gets: its price. In December, I called CloudHashing to see how much a one terahash contract would cost, $10,000, pretty steep I thought, especially since KNC had three th/s miners for the same price. But that’s because you get what you pay for: instant hashing power.

The main difference is that with that $10,000 at CloudHashing, I would have made money. If I went with the choice of mining myself, chances are I would be in the hole. If you can recount the story of Dario Di Pardo where he spent $46,000 on a multitude of miners from a number of companies, you will understand why CloudHashing is better. Dario suffered delays, broken miners, no miners and hassles trying to get refunds for his orders.

For the sake of argument, let’s say I finally got my miner and nothing happened to it during its life cycle. Since the difficulty has risen more than 1000% since January, if I got the three th/s miner today, I would only be minting 0.14 BTC per day as opposed to over a third of a BTC with only one th/s back in January. Not only that, but all the money I made I could have put in CloudHashing’s Revenue Reinvestment Program (RRP) and made out even better.

Mining equipment manufacturers and cloud mining companies have the same goal of being profitable, but the way this goal is achieved differs greatly. Cloud mining companies are incentivized to sell contracts as fast as possible because they get more than if they simply mined themselves, whereas mining hardware companies might want to use those miners for their own benefit, as many in the community speculate.

I spoke with David Cloyd, operations manager at CloudHashing, and Zac Serhus of business development. Both David and Zac have been involved in Bitcoin for a while. David told me of personal experience mining and Zac of his experience “frantically wiring money to Mt. Gox” when Bitcoin hit $260. Now, this illustrates a good point. When it comes getting Bitcoins you have trust your source, whether it be from miners or exchanges like Mt. Gox.

Business usually fluctuates with the price, and as the price went down so did the number of new orders, but Tuesday was a big day because of last weekends price surge, and with today’s increase, who knows.

Earlier this month CloudHashing was involved in a merger with HighBitCoin, LLC to form PeerNova.

Already the newly merged have announced the launch of a Digital Currency Research Consortium (DCRC) which “aims to lead research into hardware and software development by fostering collaboration between digital currency companies.” The initiative will even seek partnerships with universities and research centers to develop hardware and software standards and start new projects.

With CloudHashing.com you can also make sure to have some of the greenest bitcoins around, since the company gets about 50% of their power from renewable sources. In Texas, some of their power is sourced from wind, in Iceland, there is geothermal and Washington has hydroelectric.

Of course, I asked David and Zac what the company’s plans were for scrypt mining. However, as David and Zac both answered, the market is not developed enough to justify such a move. ASIC scrypt miners have not been put to the test and the company would want to make sure they had enough miners to satisfy all their customers.

In the coming months CloudHashing will be gearing up for the busy season, which is somewhat correlated with the financial markets. Expect some exciting news from these guys, and start mining with them in the meantime.