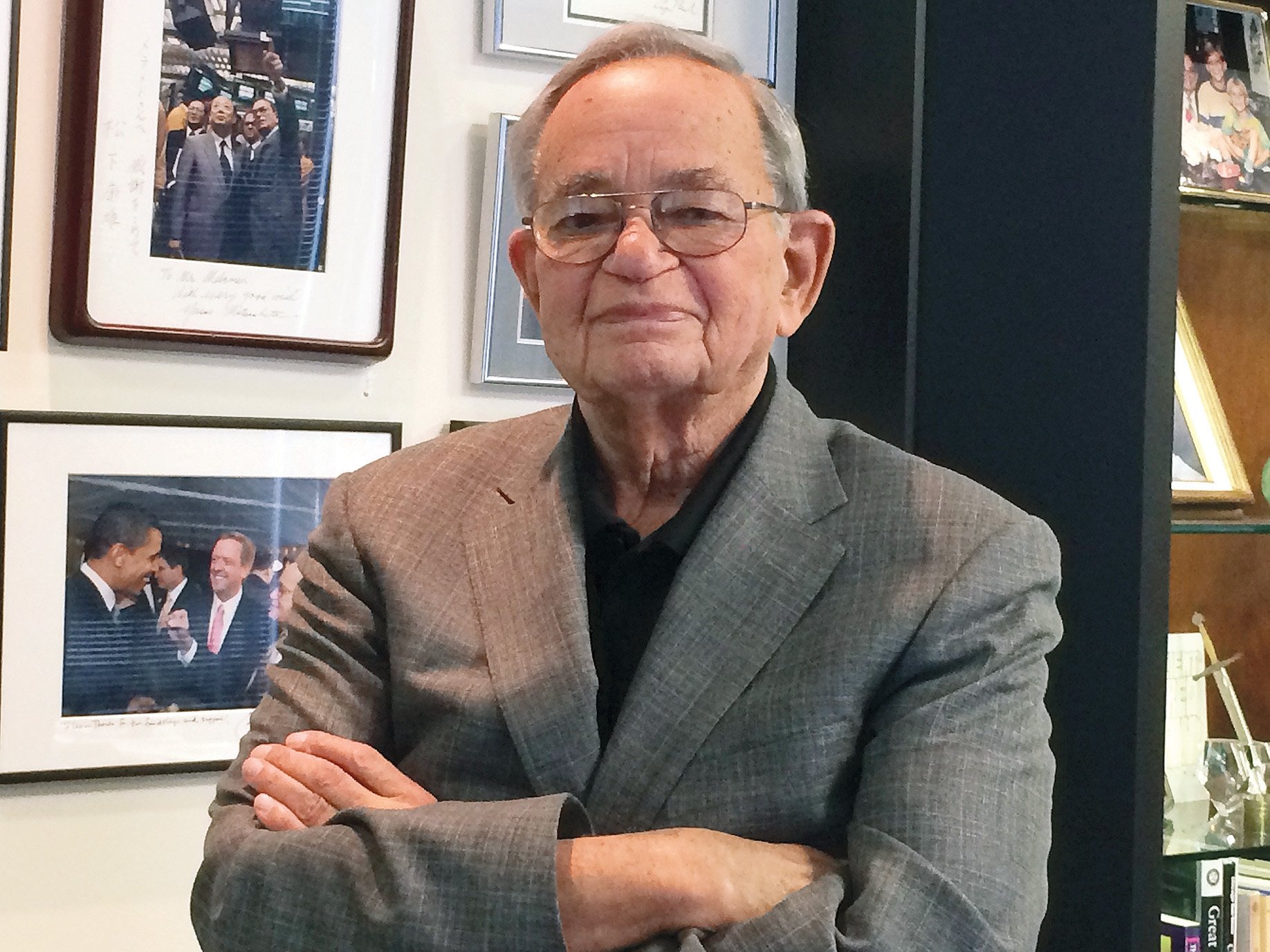 Chairman Emeritus of CMEGroup Leo Melamed has said Bitcoin will become a brand new asset class – not a currency.

CMEGroup ‘Will Make Bitcoin Not Wild, Nor Wilder’

“We’ll tame it into a regular type instrument of trade with rules,” he told the publication.

Bitcoin has surged in value following the news that Wall Street had opened its doors to legitimized cryptocurrency trading, after multiple legacy financial figures publicly condemned it in recent months.

Echoing fellow sympathist Lloyd Blankfein of Goldman Sachs, Melamed said he was open to “examining change” and evolutions in technology.

I’m still that same guy who believes in, at least examining change. That’s what bitcoin represents.

Blankfein had said he was “still thinking” about Bitcoin and last week added to his openness to accept what currency could look like in the “new world.”

“Now we have paper that’s only backed by fiat – the government says, ‘I think that’s what it’s worth’. Maybe in the new world, something gets backed by consensus,” he told Bloomberg.

CME meanwhile officially stated it was client interest that drove its decision to support Bitcoin.

“Given increasing client interest in the evolving cryptocurrency markets, we have decided to introduce a bitcoin futures contract,” chairman and CEO Terry Duffy had commented in a press release October 31.

“As the world’s largest regulated FX marketplace, CME Group is the natural home for this new vehicle that will provide investors with transparency, price discovery and risk transfer capabilities.”

What do you think about Leo Melamed and Lloyd Blankfein’s perspectives on Bitcoin? Let us know in the comments below!