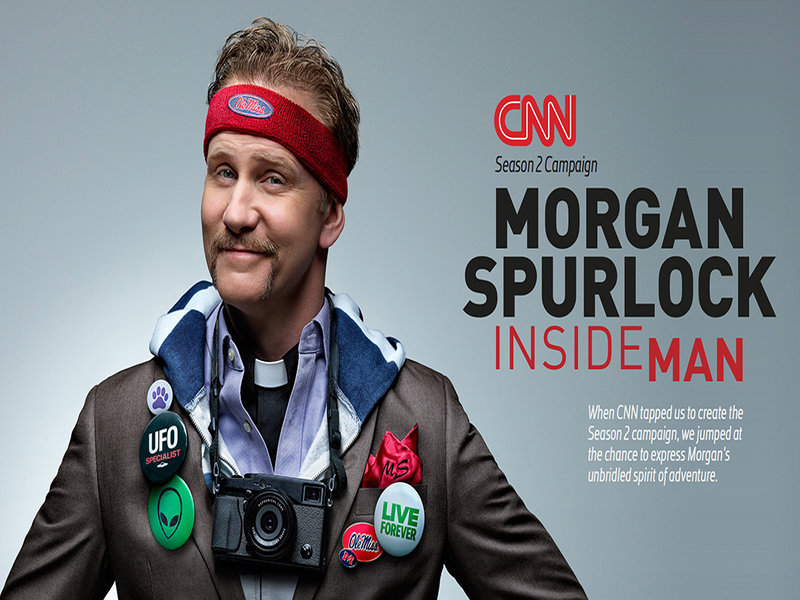 CNN’s Inside Man Will Do An Episode On Bitcoin

Morgan Spurlock is an Oscar-nominated documentary filmmaker, best known for his documentary, Super Size Me. The film explored the health effects of fast food by going on a 30-day diet of exclusively McDonalds. The film captured the entire process, including the severe deterioration of Spurlock’s health. The film did very well in the box office, as it explored the one of the key causes for the epidemic of obesity in the United States.

Since then, Spurlock has made other successful documentaries, including “Where in the World Is Osama Bin Laden?”, “POM Wonderful Presents: The Greatest Movie Ever Sold,” and “Comic-Con Episode IV: A Fan’s Hope.” His last documentary, which did very well, was “One Direction: This Is Us,” a film that followed the famous pop group, named in the title, on tour.

His most recent venture in filmmaking has been “Inside Man,” a TV show where Spurlock immerses himself in topical subjects like college football, income inequality, and the rising popularity of atheism. The show hopes to get into the shoes of the movement in question. Spurlock himself gets hands on by living the life as close as possible, as well as interviewing people who are part of the movement or community in question.

In the fourth episode of the new season, Spurlock will be doing an episode about Bitcoin. Titled, “Morgan Makes ‘Cents’ Out of Bitcoin,” the show will dive into the realm of the crypto-currency by living on it. Spurlock will spend one week trying to live solely on Bitcoin. The episode will be appearing on CNN on February 19.

Spurlock will attempt to answer several key questions about the viability of the currency — like whether it can be used by mainstream people, and if it really is an alternative to the existing financial system. The main goal of the show will be to understand the Bitcoin, despite all the misinformation and misunderstanding in media.

Andreas Antonopoulos, Bitcoin expert and author of “Mastering Bitcoin,” will be making an appearance on the show. Antonopoulos explained on Reddit:

“I spent several days working with the CNN team on this segment in September. Unless he goes for a completely different angle in the editorial cut, Morgan Spurlock was very positive and open to the concept and enjoyed doing the segment. By the end of the segment, the entire CNN crew had acquired some bitcoin and were quite interested in the technology. I think it will be mostly positive.”

CNN has already touched on the crypto-currency several times. Besides being written about in CNN Money, they ran a live Twitter chat about the crypto-currency on December 18. Titled, “Is Bitcoin Over?”, the discussion featured various speakers, such as Jeffrey Robinson, author of “Bitcon: The Naked Truth of Bitcoin,” Coinspeaker Editor Daniel Mark Harrison, and other experts.

Are you looking forward to seeing what Morgan has to say about Bitcoin?