Coinbase, the cryptocurrency exchange giant, reports that it is operating as a profitable business, valuing itself at about $8 billion USD.

Coinbase Is Paying for its Expansion in Crypto Assets

Coinbase continues full steam ahead with its strategy of business expansion by hiring and acquiring start-ups. In April 2018, Coinbase acquired Earn.com for about $100 million. 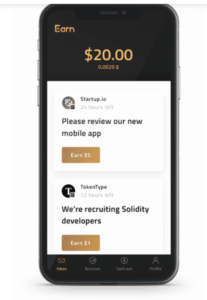 It was during the negotiations for this acquisition deal that San Francisco-based exchange valued itself at about $8 Billion USD. This amount includes Coinbase common shares, according to Recode.

However, according to Recode’s undisclosed sources, brokers have been approaching Coinbase investors to buy existing shares, and they have been estimating values within the $4.5 billion to $6 billion range.

Recode also reports that Coinbase is paying in part for Earn.com in crypto assets.

Coinbase relentlessly continues to ramp up its services. According to Business Insider, Coinbase is now heading into the over-the-counter (OTC) cryptocurrency block trading business.

Moreover, by purchasing Earn.com, Coinbase expanded into the business of Bitcoin apps. Earn.com users get paid in the cryptocurrency to respond to email. The company’s website explains:

Earn.com allows senders to pay users in digital currency for replying to emails and completing tasks. Relative to the status quo, the introduction of payments benefits both normal email users and large-scale senders of commercial emails.

Coinbase operates with more than 1,000 employees, including contractors, distributed in different parts of the world. The company asserts that it has doubled the size of its full-time engineering team in the past year. Now, it is trying to attract talent in the crypto trading field.

We're hiring! Know anyone who wants to build index funds for cryptocurrencies?https://t.co/DAw0JHqMiVhttps://t.co/cmJPe6jsJA

In this connection, as part of the acquisition deal, Balaji Srinivasa, the co-founder and CEO of Earn.com, is joining the company as its first Chief Technological Officer (CTO). Srinivasa is a former Andreessen Horowitz general partner and brings tremendous crypto and Wall Street-related knowledge.

The exchange’s latest acquisitions indicate that it is profitable and remains optimistic about the future of the crypto business. Coinbase declared in a letter to the New York General Attorney:

Although we consider ourselves a growth-stage company, Coinbase today operates as a profitable and self-sustaining business.

Do you agree with the $8 billion valuation? Let us know in the comments below!