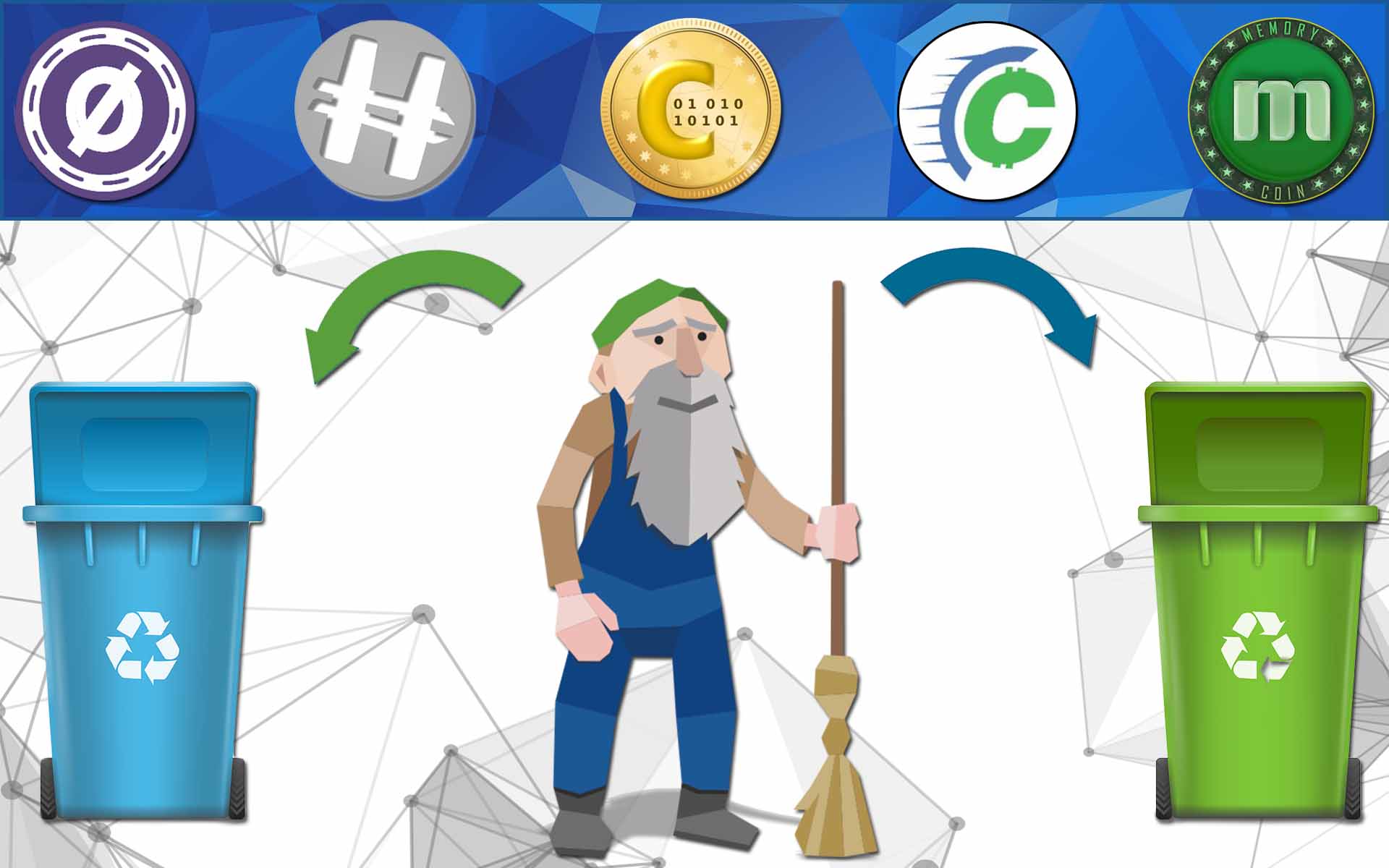 CoinJanitor has a goal to collaborate with the crypto community to find the ideal solution for the abundance of inactive virtual coins polluting the market.

Even though Bitcoin was the prototype, a huge number of successors followed its digital footsteps post-2009.

However, the sad reality is that even though many new digital coins were created, not all of them were successful. People invested in some of these new cryptocurrencies and subsequently faced the prospect of abandoning them, given that they failed to achieve their goals. These became dead coins, stored in a wallet somewhere, without giving their holders a chance to use them or exchange them. Dead coin holders were left out of the ever-growing crypto market.

This doesn’t have to be the case though. Conversation in the cryptocurrency community has touched on what should be done with these unusable tokens.  However, because the actual definition for a dead coin has not yet been conclusively established, finding a suitable and effective solution has been elusive.

This is exactly where CoinJanitor comes in. As its name suggests, this project aims to clean the cryptocurrency space from these dead coins, in a manner in which it can help its holders restore some of their lost value. To do this, the project has come up with its own definition of what constitutes a dead, opening the debate about dead coins again, and helping the community come up with a more precise, more broadly accepted definition.

According to CoinJanitor’s definition, dead coins are coins are tokens and virtual currencies that are functionally dead, which means that they cannot be traded on exchanges and are therefore useless to their holders.

The CoinJanitor initiative will take its task a step further, giving the holders of these coins a chance to once again participate in the crypto economy by recycling their dead coins, and transferring their trapped value into the wider cryptocurrency markets.

How the Crypto Community Can Help

Because this venture will affect the whole crypto industry in some way, the platform wants to hear from the community. CoinJanitor took the first step and came up with a definition of its own, but its team understands the need for a wider discussion about this topic. There are more ways to deal with these dead coins, so the opinions of cryptocurrency enthusiasts are valuable because they will allow CoinJanitor to understand how the projects can improve.

One of the ways that CoinJanitor is actively engaging the community is by encouraging cryptocurrency enthusiasts to be more aware of the platform, how it works and what its objectives are. CoinJanitor is doing this through social media and of course, by encouraging people to join its community and ask team members all the tough questions. Anyone interested can follow the platform on Telegram, Twitter, and Facebook.  The more reach and growth achieved, the more CoinJanitor can help not only dead-coin holders, but also the crypto market as a whole.

How Does CoinJanitor Work?

Through research, which considered many variables such as exchange rates and market relevance, CoinJanitor has come up with eye-opening numbers.  There are over 4,500 different virtual currencies out there, but only about 1,400 are traded on exchanges. That deficit of over 3,000 coins is what CoinJanitor, with the help of the community, wants to clean up.

Firstly, based on the platform’s coin-profiling process, they will find a failed token that ticks all the prerequisite boxes, determined by CoinJanitor’s definition of what a dead coin is. The second step involves contacting the creators and community of the coin. Through a collaborative approach, CoinJanitor will then develop a buy-out process.

Dead-coin holders will essentially trade their inactive coins and tokens for CoinJanitor’s native currency, the JAN token. By doing this, the platform will prevent any pump-and-dump price schemes. Then, these JAN tokens will be able to be traded for a range of well-performing cryptocurrencies, such as Bitcoin.

After the predetermined deadline is reached, CoinJanitor will eliminate all the inactive coins and disable the underlying blockchain of that currency.

The fifth step shows just how committed the platform is to improve the crypto industry. CoinJanitor will compile a comprehensive registry of all the dead coins that it has traded and burnt. This library will be a point of reference for new coin developers, researchers, market analysts or anyone else who requires this type of information. 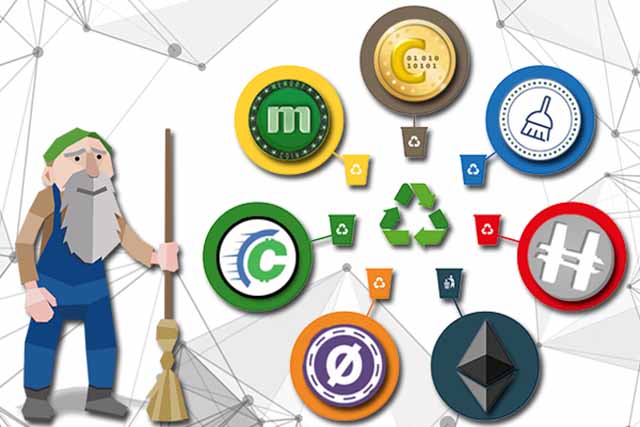 Who Can Benefit from CoinJanitor?

Holders of these inactive coins will definitely be able to take advantage of the platform’s business model as they will get the unique opportunity to once again be a part of the crypto revolution by trading in coins that were previously thought of as worthless. The platform will essentially bring together all of these failed-coin holders into one strong CoinJanitor community.

The crypto market is another benefactor as it will be cleaned up and streamlined, giving a realistic and more accurate view on the viability of virtual currency investment options available. The platform will also disable value-trapping blockchains, while rerouting this value into the active crypto market.

Lastly, the platform’s creators themselves will find themselves in the unique position of being the first to deal with the dead coin issue, giving the crypto community a chance to discuss the most effective solutions for fixing the dead-coin problem. Additionally, the open-source library that will be developed will benefit the whole industry.

Visit CoinJanitor’s website for more information, or have a look at their whitepaper.  You could also have a look at their YouTube channel for some useful videos, or engage with their team on Telegram and become part of those who will contribute to the task of dealing with dead coins now and in the future.

Do you think you’d like to be a part of CoinJanitor’s community-driven initiative?  Let us know in the comments below!