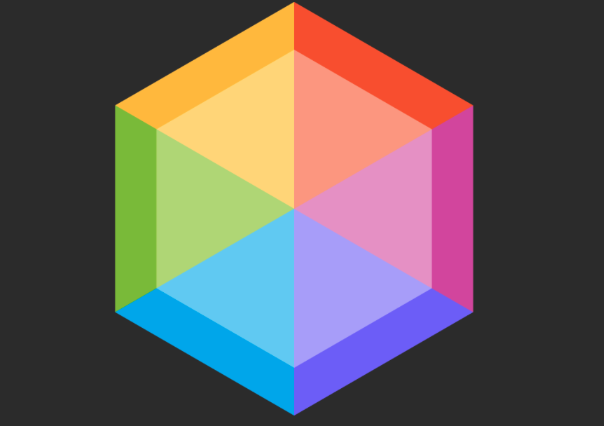 Colored coins allow issuers to add an additional layer of value to bitcoins in a rainbow of different ways. Colored coins are part of an Open Assets Protocol, which means you can attach an additional value to bitcoins. If you want to be able to carry a stable amount of cash with you, but with the simplicity of transactions that Bitcoin offers, now you can. You can now have a colored coin equal one dollar, euro, pound… Since colored coins tie an additional value to Bitcoin, governments or banks can issue Colored Coins that represent represent fiat currencies, thus using the Bitcoin protocol to send payments globally.

Most people think of Bitcoin as a currency; however, Bitcoin is more like a platform for a financial ecosystem. Colored coins demonstrates the capabilities Bitcoin and how it is far more than a currency.

The digital “coloring” of Bitcoins is more like “marking” them for other uses. Colored coins’ open assets protocol operates on top of the Bitcoin protocol, which enables users to mark Bitcoins as tokens for a variety of uses and assets. One can “color” some bitcoins and have these tokens represent gold, stock, a smart contract like a deed to a house or a copious amount of other assets. One can also use a colored coin as a key, so only the person with the wallet containing it can open files, accounts or even a car door.

This development has weakened the argument for a lot of AltCoins as there will no longer be a need for coins that have only specific uses. For example, PizzaCoin, you will not be needed because Domino’s can simply color Bitcoins and have a satoshi equal a pizza voucher and send it to thousands of wallets at a cheaper cost. Carrying coupons just got a lot easier too. You will not forget them at home, as long as you have your phone. Effective and efficient distribution of promotions at it’s cryptographic finest.

When I first heard about colored coins, I was excited about the idea but wondered how it would come into fruition. Now that CoinPrism’s wallet for colored coins is out, I decided to give it a try.

CoinPrism: Simplicity with a few kinks
Immediately I could tell I would not need a tutorial to use this client. I went straight into creating my own colored coin. You simply name the coin, choose the ticker, choose the issuer name, a picture, a description, divisibility and asset type. 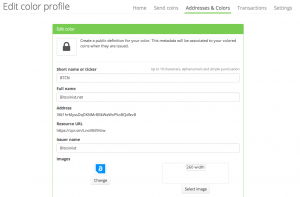 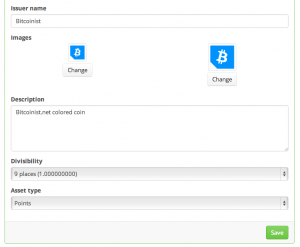 CoinPrism makes colored coins relatively easy to issue, but in order for open assets protocols to work, trust is needed in the issuer of the colored coins. Joe Shmoe can issue a colored coin, just like me, and say it is backed by dollars, but do you trust Joe, maybe for some Magic The Gathering cards, but that’s it. Not all things need trust, though. It is fun to mark your coins with your name and have them at face value. That’s probably the coolest thing in the world.

Some information is also easier to verify than others, for example, you can have a colored coin equal a litecoin; then, people could verify that in the litecoin block chain to determine if the litecoins are in the specified wallet. In essence, a colored coin could also represent a Bitcoin. 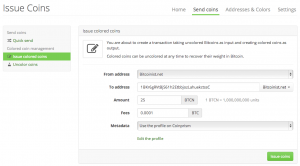 Only a few steps.
Just pay a fee, sign below and you’re off to go. 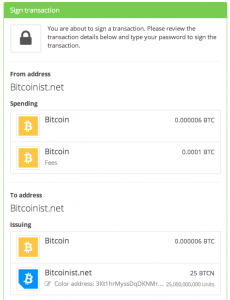 Here is how the wallet balance looks.

Of course, as with anything new there were a few minor bumps, nothing major from what I saw. My frustration mostly came from how long it took for my coins to reach my wallet.

The biggest downfall I see is the fact that colored coins can only be sent to wallets that support Open Assets Protocol. If you send colored coins to a regular wallet they can be mixed with other coins since the wallet cannot distinguish between the two. It did take a little while for my coins to reach my wallet. Eventually, if Colored Coins catches on I can see it being implemented in more wallets.

Now that these features are available to the general public I can only wait to see which companies take advantage of colored coins. Its features allow individuals to use coins as proof of ownership in stocks that they can issue, so I think the next to come would be an exchange for colored coins.

Who wants some bitcoinist.com colored coins?

Bitcoin and Ethereum might be capturing the most mainstream media attention as the two largest cryptocurrency networks by market cap. But unfortunately, their market size can get in...

Selecting the right broker is easier said than done. Trusting a company with your money is not easy, because post the deposit your ownership is totally lost. You also need to trust...

CoinsBee Review: Using Bitcoin Or Altcoins To Buy Gift Cards For The Holidays

The holiday season is quickly approaching. With social distancing measures still in place in many places, along with new restrictions on get-togethers over a certain capacity, giving...