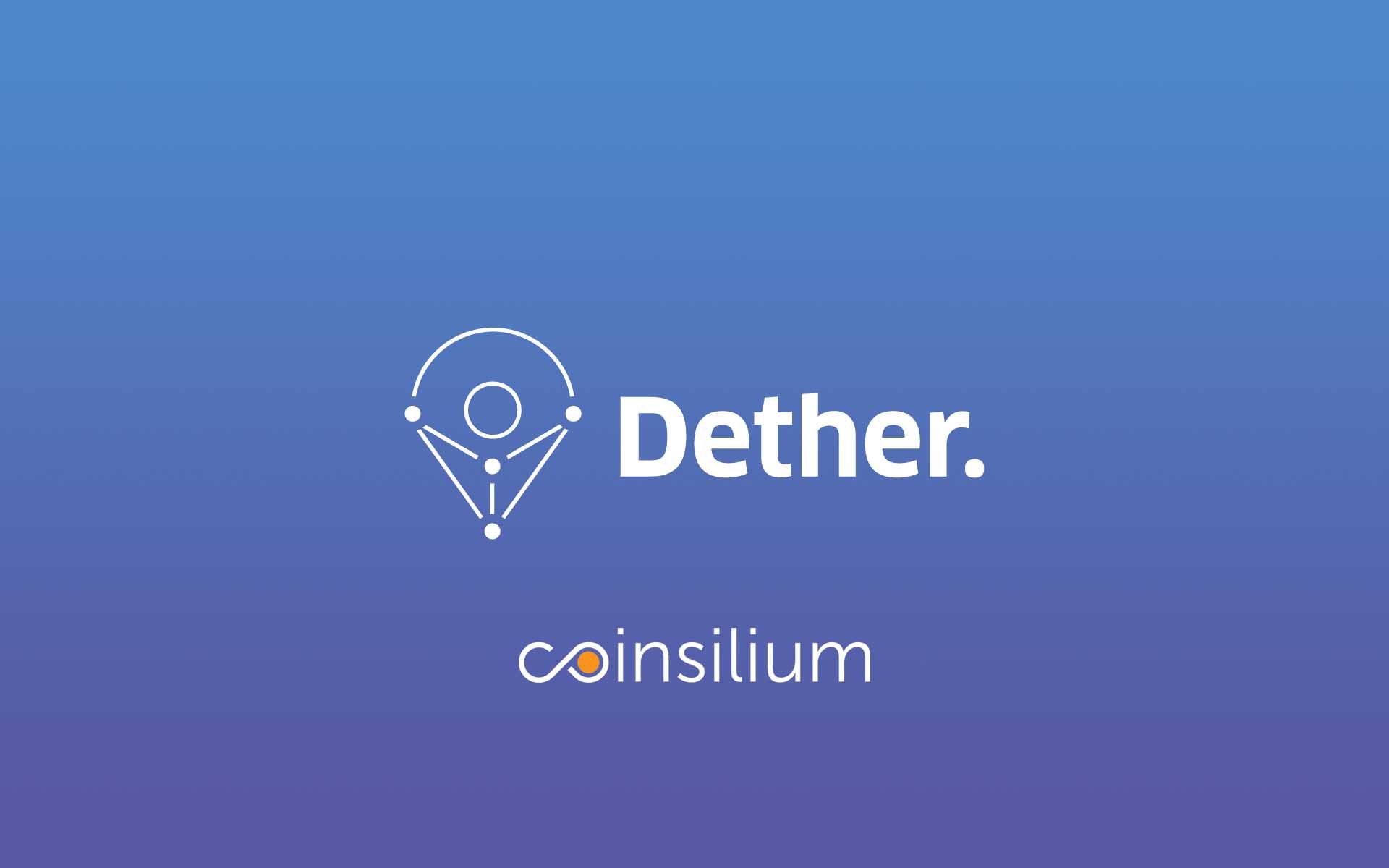 The public token sale follows the conclusion of a successful private pre-sale on 23 December 2017, which saw Dether reach its minimum cap with tokens sold for a total of 3,956 ETH (Ether). The maximum cap on the crowdsale is 15,000 ETH. Dether credits its successful private pre-sale to the exposure and profile it received during a worldwide tour which included the StartupToken Asia Tour in October 2017.

Dether’s vision is to make digital currencies available to all through their smartphone where users can locate buyers and sellers of cryptocurrencies as well as being able to locate physical stores which accept cryptocurrencies as a method of payment. Dether has been developed with the objective to offer everyone the ability to participate in the blockchain ecosystem without a middleman.

Coinsilium has utilized its specialist knowledge and global network of contacts in the blockchain industry to support Dether throughout its pre-sale and will continue to provide support during the Token Generative Event and beyond. Blockchain veteran and Coinsilium CEO Eddy Travia represents Coinsilium on Dether’s TGE Advisory Board.

Commenting on the recent pre-sale success and enthusiasm around Dether, Eddy Travia stated:

We are excited to be part of Dether’s journey and looks forward to supporting their team throughout the implementation of their roadmap.

An interview with Dether Co-Founder Hamid Benyahia for The Barbarian Investor Show can be seen here: https://www.youtube.com/watch?v=DdyFGEVBHr0&t=3s

Coinsilium is a blockchain venture builder and investor that finances and manages the development of early-stage blockchain technology companies. It does this through its consortium of top-tier investors, industry thought leaders and executive managers. Based in London, Coinsilium’s focus is on driving innovation in fintech and blockchain technologies, enabling businesses to take advantage of growth opportunities.

Coinsilium shares are traded on the NEX Exchange Growth Market, the primary market for unlisted securities operated by NEX Exchange, a Recognised Investment Exchange under the Financial Services and Markets Act 2000.

Dether is a Gibraltar-based technology company which allows people to buy & sell crypto for cash, and spend it at physical stores.

For further information about Dether please visit https://dether.io/ or join the Telegram chat at https://t.me/joinchat/GkdUjUQ4jx_Apxmz2km4ww