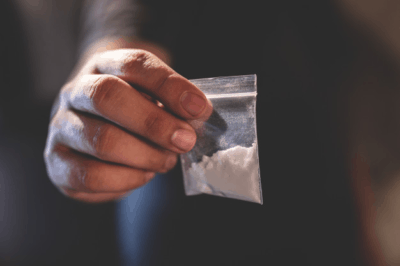 NFTs have grown so much that they have become one of the leading known forms of selling art online. The ease of minting these NFTs has given rise to people selling pictures of anything. People have sold NFTs ranging from crappy pictures of rocks. To an Instagram influencer actually selling her love as an NFT for $250,000. Even kids have jumped on the NFT trend. Like in the case of 12-year-old Benjamin Ahmed, who made 6-figures selling an NFT series he created called Weird Whales.

Medellin-based Restrepo, on June 17th, started minting and selling NFTs of cocaine. The NFTs were 3D images of white rectangles which were sold as part of NFTa series which the artist titled “a ToN oF coke.” The white rectangles represented one-kilo cocaine packages, which the hard drugs are usually sold in. And buyers get to own the NFTs of these cocaine packs. Restrepo minted about 1,000 of these NFTs, which were meant to be sold as part of the same series.

The artist had planned to post on social media for every “bag” of NFT cocaine that he sold. But Restrepo soon found that his biggest problem was going to be marketing. Specifically marketing his art on social media platforms.

Every time the artist posted a sale of an NFT on platforms like Twitter, Restrepo would find that the post was soon after taken down or his account shut down. This happened after the artist had his account reported after posting the sale of cocaine NFT. Moving to Instagram, the artist ran into pretty much the same problem with the image-dominated social media platform.

Already, Restrepo has had two of his cocaine NFT posts taken down. With a warning that in the event of a third post being taken down, his account would be shut down and deleted forever. Thus making marketing for the artiste on social media basically impossible. Talking to Input Mag, the artist said of the Instagram warning, “I guess the algorithm doesn’t get the difference between crypto cocaine and the real thing.”

It has now long been believed that the wide popularity of NFTs has to do with their use as a mode of money laundering. Cryptocurrencies have been associated with the sale of illegal drugs. And thus, Colombian banks have blocked ways of obtaining cryptocurrencies in the countries. Although the artist found a workaround by having the Ethereum paid for his NFTs returned back to his buyers, who would then, in turn, send Colombian pesos to his bank account as payment for the cryptocurrencies.

Last month, a popular crypto analyst who goes by Mr. Whale drew attention to the use of NFTs for money laundering. The analyst explained that rich people were only using these NFTs to move their ill-gotten money through a channel that cleaned it up and made it look legal. Mr. Whale compared the process to the same way money is laundered through physical art. And given the quality of the art being sold for millions of dollars as NFTs, it is not that hard to see where the analyst is coming from.